Caption This: Jaguar Land Rover Gave Their Autonomous Pods Eyes…What Is The Car Trying To Say? 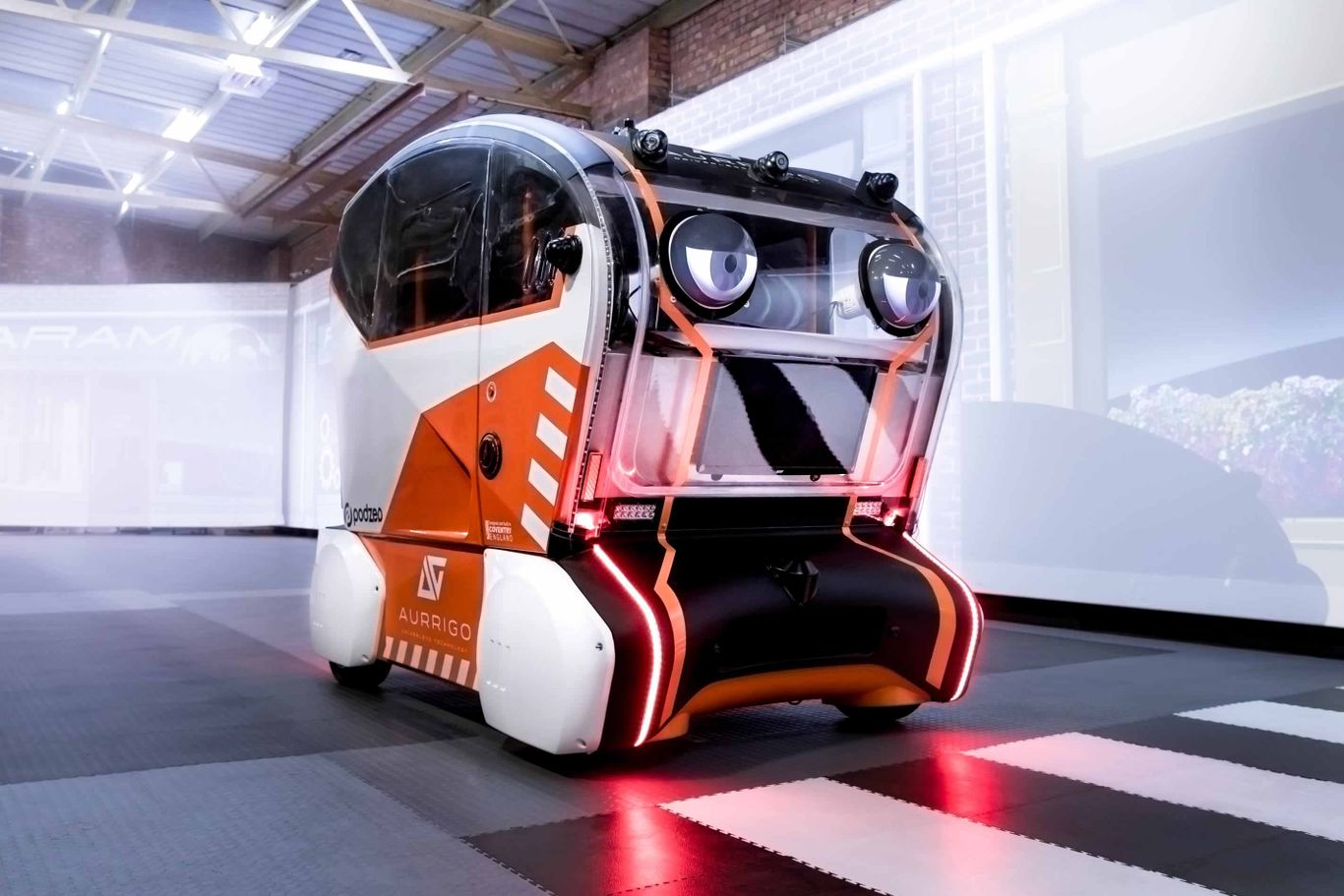 When I took art classes, I found myself having trouble drawing human faces. As the professor worked with me, he asked about my interests, and naturally, the answer had to do with cars. As he pointed out, every car has a kind of face to it. Not so much like you’d see in the “Cars” movies, but the setup of headlights, grilles and overall frontal area shapes that make up a vehicle’s “face”. Not with me? You might be able to Google a better answer or even a picture, but do that at your own risk. It is the Internet, after all.

One company that actually has put a legit face on a vehicle is Jaguar Land Rover. The thing you are looking at is a work-in-progress autonomous pod…you know, the thing we at BangShift detest more than finding out that the rental car is a Fiat. JLR is pushing on with the idea of a mobility pod, and are trying to take on the problem of whether or not the pod will actually stop at a crosswalk to let a meat bag cross without injury with one of the most creepy things we’ve ever seen: they’ve given it eyes. No, seriously, eyes. Working with cognitive psychologists and the manufacturer of the technology, Aurrigo, the eyes are…well, just look. They are supposed to “look” for pedestrians and are supposed to make “eye contact”, which is meant to relay a kind of nonverbal-nonaudio clue that the pod has seen the human and will stop.

Now, I’m not the most perceptive human being on the planet. But I’ve seen eyes like that before…usually on someone who is in the depths of depression with no sign of coming out of that dark place anytime soon. That is the “my dog died” face if there ever was one. That is loneliness, sadness, and a sex-less marriage in one shot. I wouldn’t know whether to talk it off of the ledge or encourage it to roll a little bit more so that it’s pain can end. I keep hearing the voice of Alan Rickman as Marvin the Paranoid Android in “The Hitchhiker’s Guide To The Galaxy” as I look at this…thing.

You know that inside there would be a screen giving some kind of information to the passengers. What do you think this rolling advertisement for Prozac would be telling the riders? 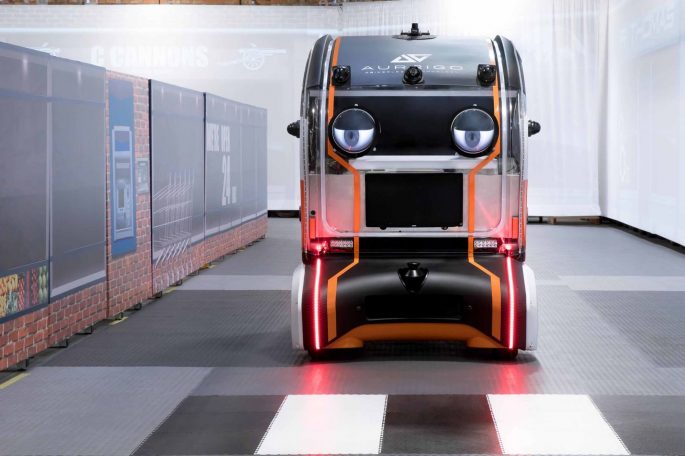 Rough Start: It's A V8, Manual Trans Toyota Supra That Isn't LS-Swapped Hustling Hemi: This 1969 Dart Has 540ci Of Mean Chrysler Elephant Under The Hood

3 thoughts on “Caption This: Jaguar Land Rover Gave Their Autonomous Pods Eyes…What Is The Car Trying To Say?”