Question Of The Day: What’s Been Your Worst “Was That A Cop?!” Moment? 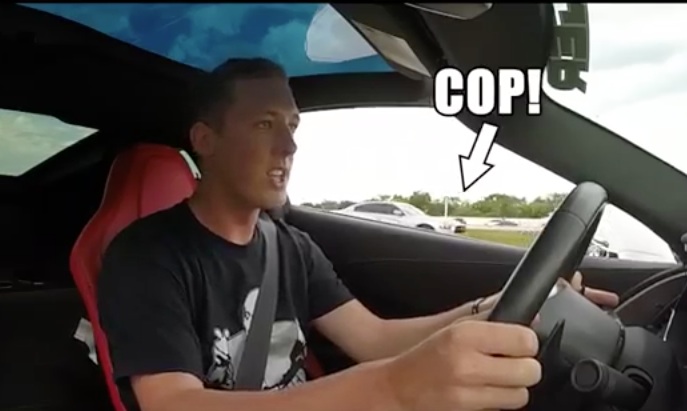 It’s almost a rite of passage. It’s a good day…you’ve got the windows down, the music has been great, and what better way to cap off a wonderful day than by stepping your big toe just over the line of legality a little bit. Doesn’t matter what…maybe you hit the on-ramp and treated it like the 1/4 mile. Maybe you found a dusty corner at a wide intersection with no traffic coming and you felt like leaving proof that you made a right turn. Maybe it was a late night and you didn’t expect anyone to be in the abandoned department store parking lot when you spun the wheel, dumped the clutch, and went for a spin. But just as sure as I am that you all are picturing the good times, we all know there’s one thing that can sink the S.S. Showboat faster than a torpedo: a random cop appears. At that point, your vocabulary is reduced to a couple of choice words, a sinking feeling in the pit of your stomach, and a sudden fear for your bank account.

I’ve been lucky…but that doesn’t mean I haven’t earned my stories. There’s a couple I’ll never tell, but here’s a good one that I will: I was cruising through a neighborhood in Colorado Springs with a friend in my newly-purchased 1987 Monte Carlo when we drove past a city park that had the sprinklers going. In the center of the road was a flash flood divot that was getting wet from the overspray. If there wasn’t a better designed burnout box, I’ve yet to see it. After psyching up my passenger for the full fury of 180 asthmatic horsepower, I crept in, locked the 200R4 down into first, and got to work hazing the rears off. To be fair to the 305, it did put up one hell of a smokeshow, but just as the first wisps of vaporized tire started to enter through the open T-tops, my buddy grabbed my shoulder, shouting just about every swear word known as three police cruisers drove right in front of us in plain sight. If they saw me, they weren’t bothered to do anything, but honestly, they probably saw the nose of the car and a bunch of white smoke and figured that I had just blown the motor or something. They were nonchalant…I, on the other hand, was so clenched that I would’ve beaten Cameron’s coal-to-diamond time by about six and a half days.

We’ve all been there, so let’s hear it…when did the boys in blue scare the hell out of you?

Would You Rather: Beat-On Vintage European Wagons Projects for A Grand Take A Ride In A 1991 Acura NSX That Is (Just About) Stock - Tires And Brake Pads Are The Only Replaced Items!

14 thoughts on “Question Of The Day: What’s Been Your Worst “Was That A Cop?!” Moment?”