Bastards: Eight Chinese Companies Busted By US Marshals At SEMA For Selling Knock Off Parts 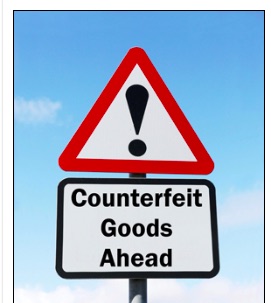 There is nothing worse than being ripped off. Whether it is someone lifting a story from BangShift for their own crummy website or a person making a shady deal, the feeling is the same. In the aftermarket, the way the true rip off artist works is by manufacturing cheap, knock-off parts and then selling something that may look decent at 50 feet but is total crap once you get it in your hands. This is a huge issue and while there are always squabbles between companies about parts that look eerily similar domestically, Chinese knock-off parts are a massive problem and a huge threat to the companies that have spent the time, the money, and the manpower to make good stuff. Yesterday at the SEMA show, eight booths were shut down because the government is alleging that the companies are, in fact, selling knock off versions of existing parts.

So what were they selling? Jeep parts. Grills, light mounts, and hood latches to be specific. The maker of the parts that were being ripped off is OMIX-ADA. They are a big outfit and have a wide range of stuff to sell. We suspect that when OMIX-ADA went to court to get the order to shut these idiots down, they had to be specific on the things that investigators were to look for. What we mean is that these guys are probably ripping them off in more ways than just the obvious parts we’re talking about here.

So who were the offending companies?

The feds came in, shut down their booths, made them take all of their stuff down and likely helped them out of the building as well. November 10th is the preliminary hearing for the court case against these alleged slugs.

Yes, eight booths is not much in the grand scheme of things but the reality is that doing something is always better than doing nothing at all, right? Hopefully this is not the first time and doubly hopefully, this is a trend that will continue and chase some of these weasels away. No one likes a thief, no one likes getting screwed, and we’re happy to hear that people are standing up for themselves in this field of play.

Our pal Craig Fitzgerald at BestRide was all over this! Full story here

7 thoughts on “Bastards: Eight Chinese Companies Busted By US Marshals At SEMA For Selling Knock Off Parts”