Apr 18, 2016Eric RoodBangShift NewsComments Off on British Clio Cup racers struggle to keep the shiny side down at Donington 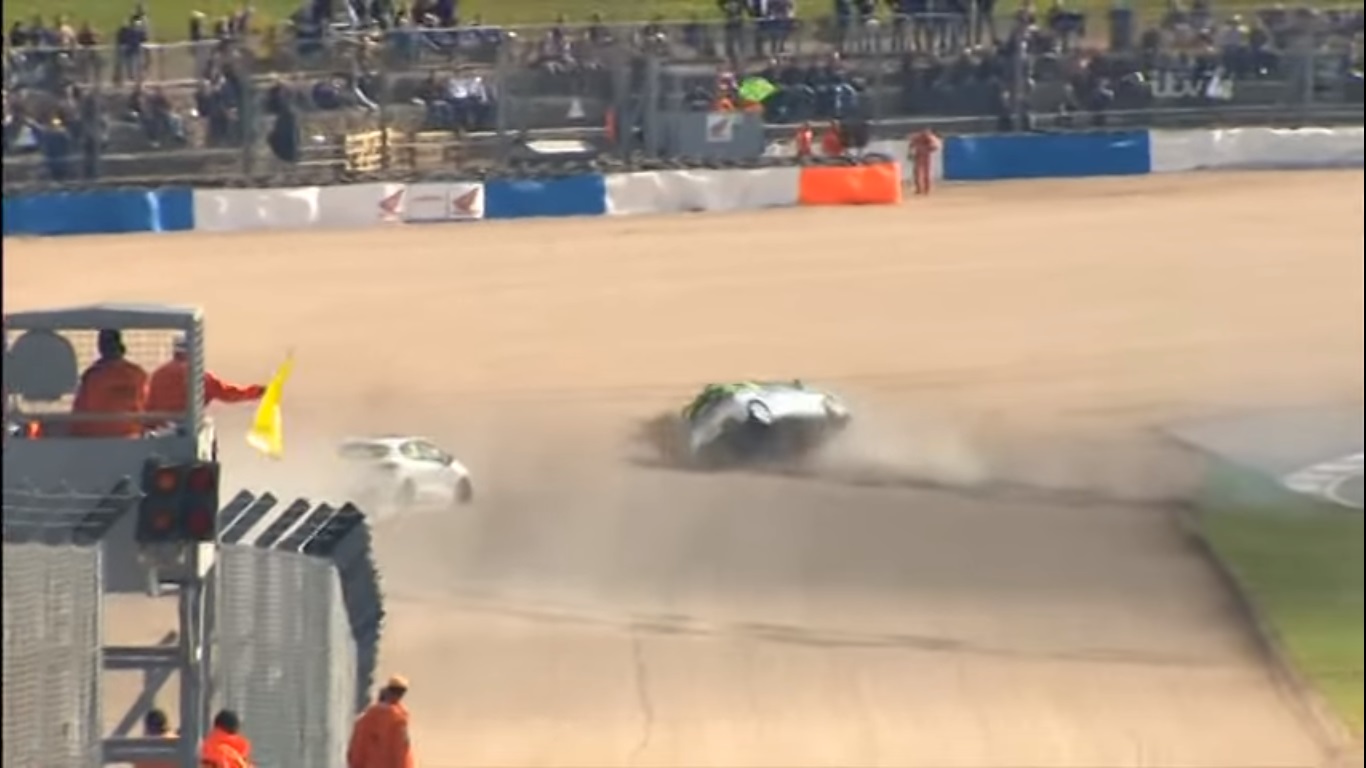 In Europe, the Renault Clio Cup is a popular touring car “ladder” series, offering a venue both for older drivers looking for seat time against stiff competition and giving young drivers a place to dip their toes into the pro racing pool. While that makes for a lot of close racing in (theoretically) identical hatchbacks, it also opens the door to some wild rides. The cars are highly tuned versions of the popular Renault Clio hatchback, a popular car across the pond offered with small engines. The Clio Cup cars, however, run a 200-horsepower 2.0-liter engine with a six-speed dogbox transmission and a lot of bolt-on parts that turn them from city car into some pretty potent front-drive race cars.

In the United Kingdom, the Renault UK Clio Cup Championship often supports the British Touring Car Championship and it draws big fields and the occasional bit of mayhem. The season-opening race at Brands Hatch in 2012 was famously comprised almost entirely of insanity. While last weekend’s outing at Donington Park was fairly tame by and large, two drivers found themselves looking at the world upside-down from the business seat of their Clios. Both Dan Zelos and fantastically named Senna Proctor found the kitty litter off the track, which dumped their respective hatchbacks on their respective lids.