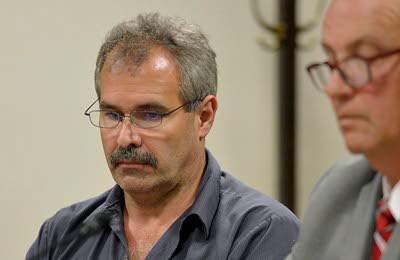 (Lead Photo: Kenosha News/Brian Passino) The name Brian Ambrosini should at least create a spark with anyone who has ever taken an interest in the Byron Wheelstand Contest. Ambrosini’s bright orange 1972 AMC Gremlin has been one of the major faces of the competition for years now. The AMC is known for going nose-up like a shot, and coming down like a ton of bricks, but it seems that the 50-year-old Ambrosini is about to land a lot harder than he has ever landed before. As the Kenosha News reports, Brian Ambrosini is facing a healthy jail sentence for stealing tool kits from a Snap-On warehouse. 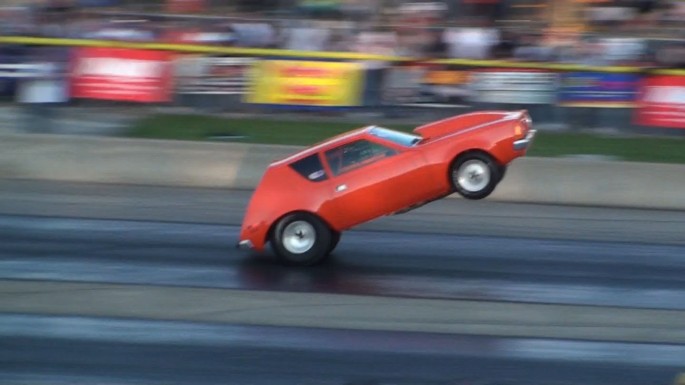 On September 1, 2015, Ambrosini was given a $25,000 signature bond and was court-ordered to not sell tools online, to stay away from all Snap-On locations in the Kenosha, Wisconsin area, and to not have contact with former Snap-On employee Nathan Wrobel. The two men are accused of stealing over a million dollars’ worth of Snap-On tool kits from a company warehouse, worth approximately $35,000 per kit. According to the court documents, Wrobel would provide access to the warehouse and Ambrosini would steal the kits and then sell them at a severe discount from their original value. Wrobel would be provided a kickback for his services in the deal. Currently both men are facing three counts of burglary and three counts of theft, all felonies. If they are convicted, they could face up to 32 and a half years in prison.

(Thanks to Ron Ward for the tip!)

Aussie Burnout Oddity: A Rambler Hornet Having A Go On The Skidpad! Rough Start: A Ford Granada Set Up So Well That Even McTaggart Doesn't Hate It