Caption This Photo: Look at this Mess, What the Hell is Wrong With Dad? 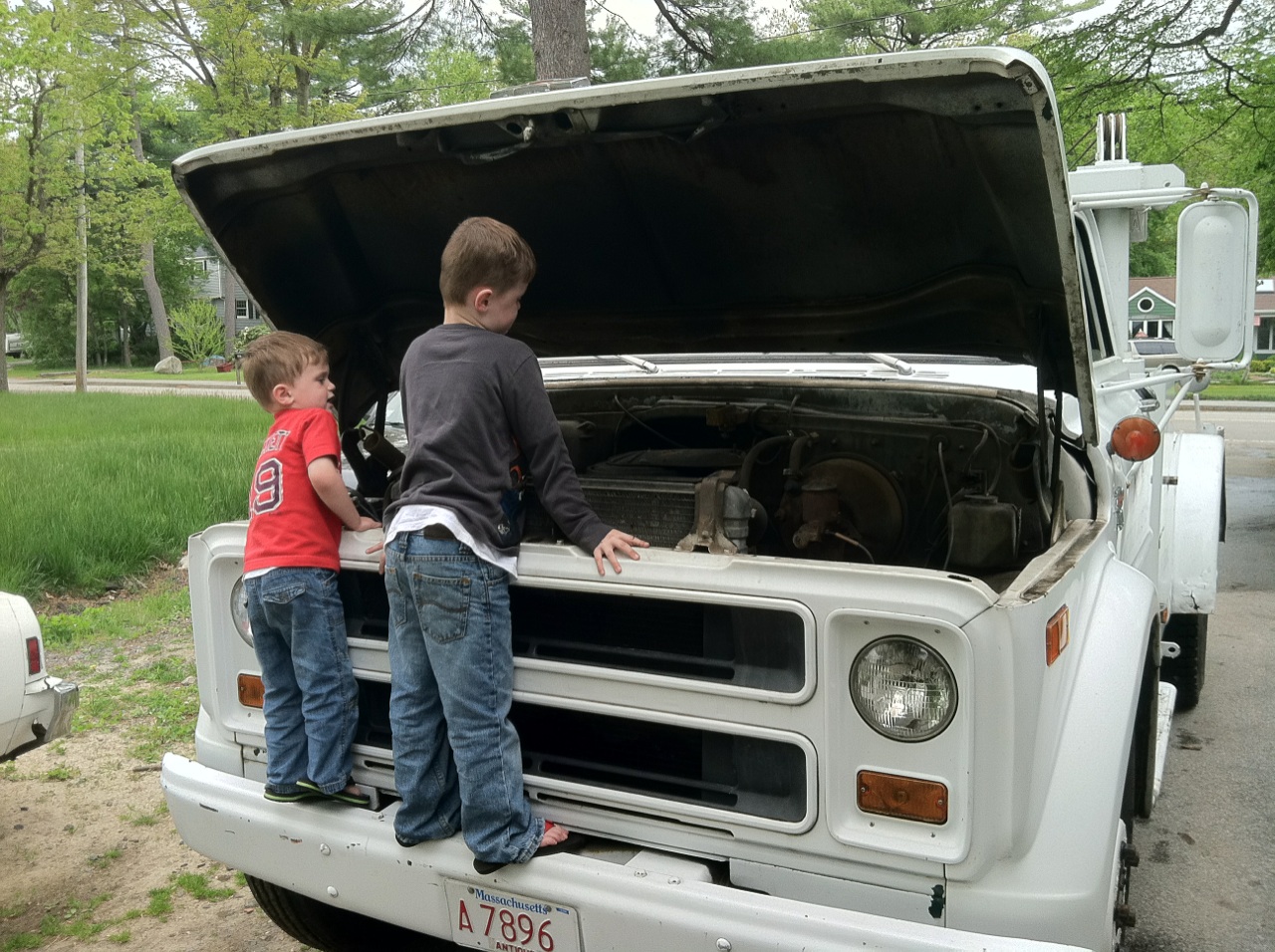 Last night I ventured out in Brutus the wrecker with the kids to a local cruise night. While it is just a big old lumbering tow truck, I still wanted it to look its best for the local dudes and dudettes. That meant an afternoon of cleaning, some bondo action to make a rocker panel look presentable, swapping out a junk fuel filter, adjusting the points, and glugging a few gallons of gas into the tank to make sure I wouldn’t require a tow truck to recover my tow truck.

While running around to get something, I turned the the corner from the backyard to find the following sight. Both of my sons had hauled themselves up onto the front bumper and were having as serious a conversation as a three and five year old can have about a greasy, gunked up old 292ci inline six. It was funny to hear the both of them talking about the engine and the truck in general in such a serious tone. If they weren’t so young, I would have handed them some degreaser and brushes, but I am pretty sure there are laws against that at their current age.

I zapped this photo and it seems pretty ripe for caption action! What are the boys saying? Put some words in their mouth. 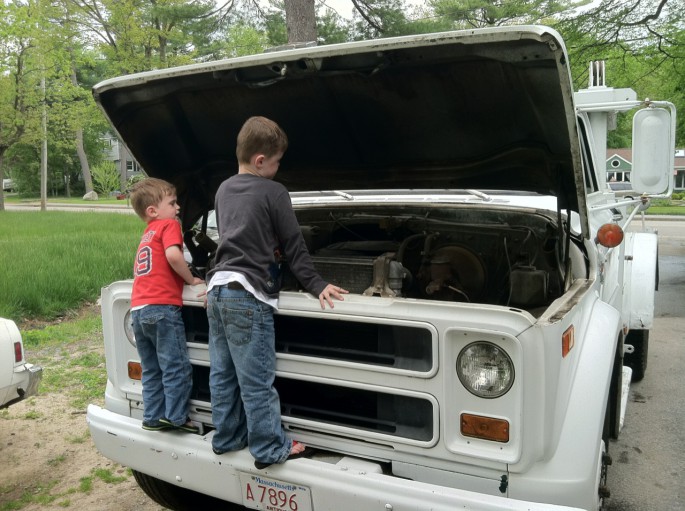 23 thoughts on “Caption This Photo: Look at this Mess, What the Hell is Wrong With Dad?”