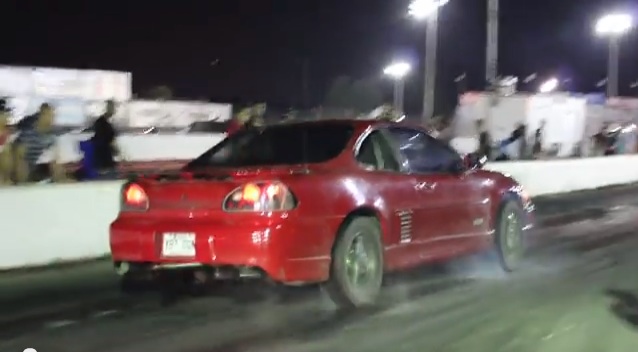 I didnt even look at the title of the video, but it looked promising enough: a late-1990s Pontiac Grand Prix GTP with some cheapie aftermarket taillights, a plastic vent-looking thing on the rear quarter and a funky exhaust note on one side of the dragstrip in the burnout box, building pressure and getting ready to do a burnout. I’m a fan of the L67, so I was ready to see the front tires blow off. What I wasn’t ready for was for all four wheels to break loose and for the Pontiac to disappear down the strip like it’d been shot from a cannon. I paused the video and read the title: “twin-engine turbo”.  Yes, this Grand Prix is really and truly a twin-engined and turbocharged freak show. It’s got power that would properly scare a supercar, a look that isn’t scaring anybody and it’s got all of us giggling like idiots while we look for our passports…this four-wheeled altar to lunacy is in Quebec. 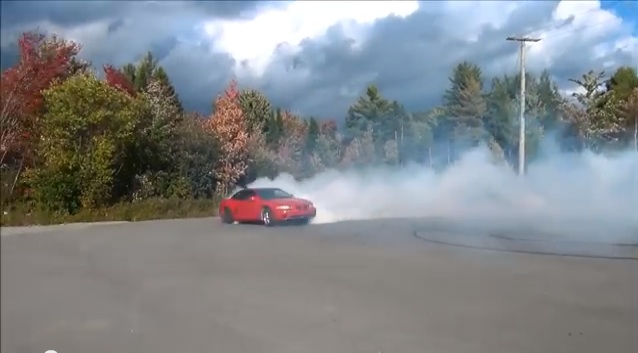 This car is a Turbo Dynamics build, belonging to an employee named Ben. Ben, apparently, has a screw or twelve loose, because he took one look at the Grand Prix and decided that another 3.8L V6 mounted in the backseat/trunk area was an excellent idea. He messed around for a while with superchargers and transmissions until he settled on his current combination: two 3.8’s, two automatic transaxles (4T65’s more likely), two turbos, two shifters, a linked throttle cable system, intercooler, and all of the engine monitoring he could possibly need. And back when the car was wearing a Grand Prix GTP body, it could have smacked anything silly that pulled up next to it. The last time we saw anything on this car, the body was gone and the car was into the 8.30 second range. Hey, guys…any word?

One thought on “Classic YouTube: A 1200HP, Twin-Engined, Twin-Turbo AWD Pontiac Grand Prix That Runs The Quarter In The Nines”