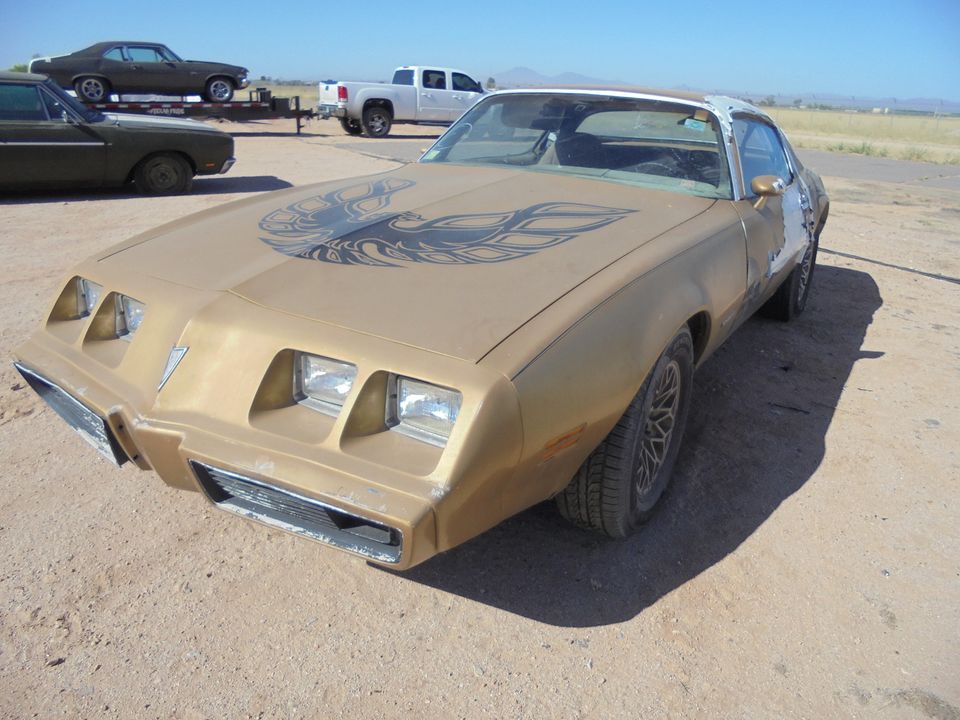 A couple of days ago we showed you a video of Jay Leno driving an absolute creampuff of a 1979 Pontiac Trans Am, to the letter how we’d want it: WS6 suspension, black, T-top, four-speed, bird on the hood and shaker on the 400ci engine. This is the polar opposite of that car, a shaker-less, solid roof, base model Firebird with stickers it did not have originally and a 350 Pontiac under that desert-cooked golden paint. For those who were not alive for any amount of time in the 1980s, bumper stickers weren’t just any random design: you had big billboard rectangles that announced to the world whatever it was you wanted to say. The “KILO” sticker that adorned my mother’s 1982 Mustang was the width of the Colorado license plate that it sat underneath. And cars like this 1979 Firebird were simply cars. They weren’t classics, they weren’t special. They existed and if they were worn out they were sent away. 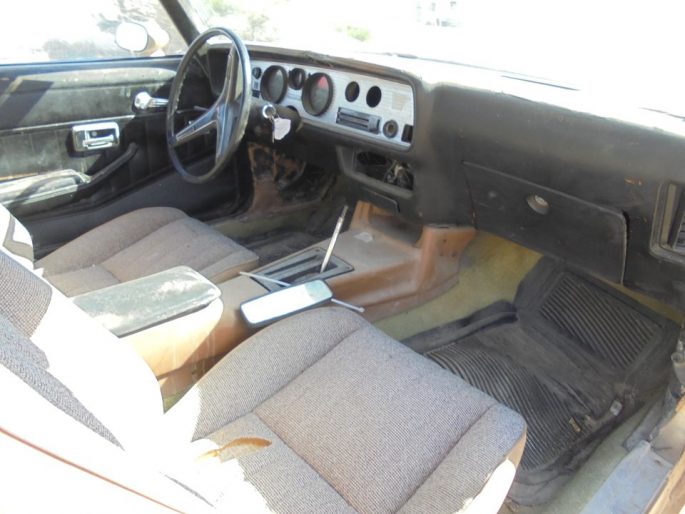 This is what a good desert find car should look like: good body, passable glass, cooked but present paint, in need of interior work and a solid polishing to come up to speed. But before that can take place the twenty tons of stickers that adorn this F-body have got to go. I don’t care if one is a Grateful Dead sticker with the pen impression of Jerry Garcia’s signature…get the razorblade, it’s time to go. So long, alien head. Goodbye, Buc-ees Beaver. Go away, Maryland Crab. Ditch the stickers, polish out the stock paint and get to work on getting that 350 up and going. 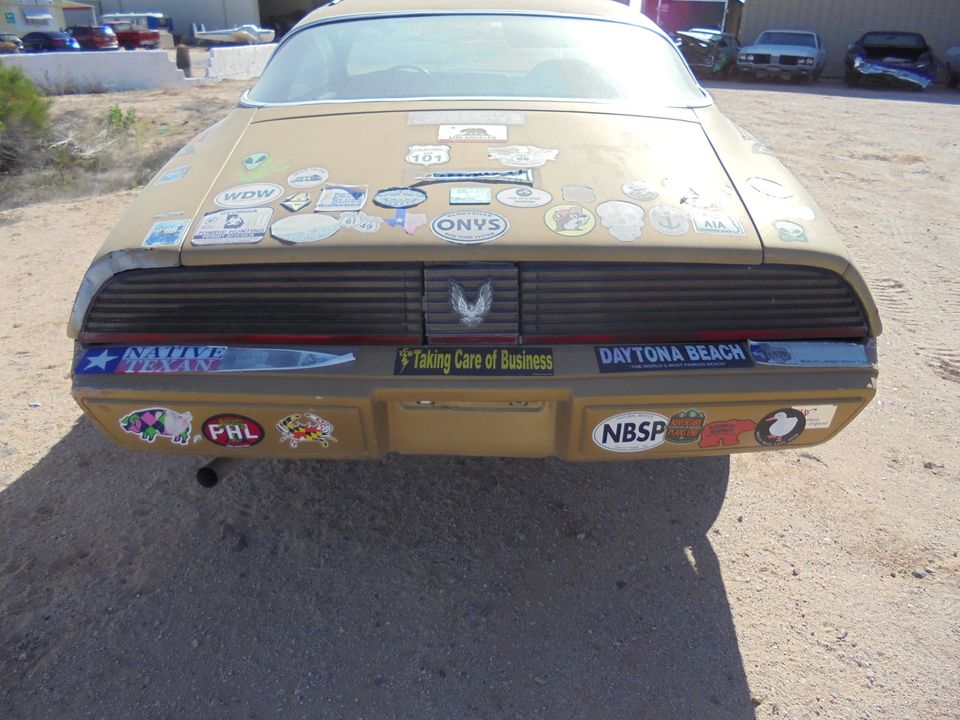 Never Grow Up: Watching Big Trucks and Old Shovels Doing Pretend Work Is A BangShift Spectator Sport Cool Then, Cool Now: This Look At The 1994 Porsche 911 3.6 Turbo Stirs Up Our Teenage Angst