We Want The Wagon: This 1969 Oldsmobile Vista Cruiser Is Ripe With Possibilities!

Blame it on the television show “That ’70s Show” all you want, but ever since I saw the first episode I have been in love with Oldsmobile Vista Cruisers. Even before I gained a true appreciation of all things long-roofed, the Vista Cruiser somehow managed to become cool in the blink of an eye. Certainly having the front end of the Cutlass didn’t hurt matters, but the domed roof with the skylights up front along the sides were just overkill cool. Any engine that went into a Cutlass or 442 could bolt right in with little to no issue whatsoever, and in the right color…with or without the woodgrain trim…oof, take my money now.

This 1969 Vista Cruiser has a lot going for it. The dark blue color highlights the glass roof and the painted-on woodgrain lower trim just right, and the 403ci V8/automatic combination should provide enough grunt for the time being. Surely, you didn’t think we’d miss the chance to suggest a 455ci mill, did you? Underhood, things aren’t exactly tidy…respectable, but not as pretty as the outside…and the interior is useable but again, not as pretty. Do we care? Hell no! 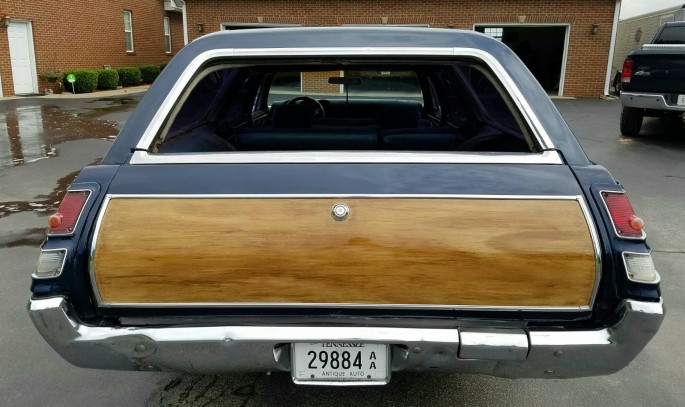 If anything, the fact that this Olds isn’t perfect just adds to the reasons why we’d rock it as a daily driver. Nothing is trashed by any measure, but there isn’t a whole lot that we’d be worried about as we rolled along the highways. Some flyer gears paired off with a torque-monster of an engine would turn this Olds into an Interstate wonder that you wouldn’t be ashamed to be seen in. If you move quickly on the auction (last we looked, the price was $7,500), you’d be walking away with a hell of a deal. 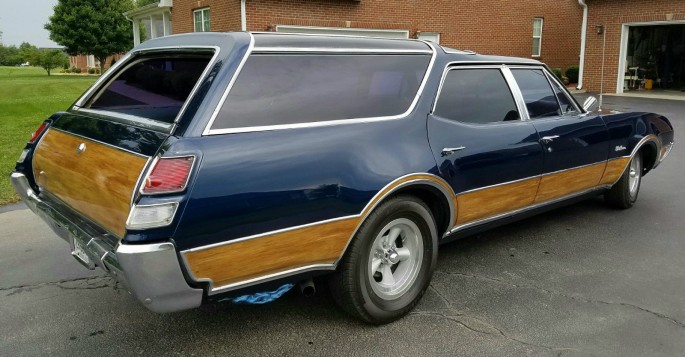 2 thoughts on “We Want The Wagon: This 1969 Oldsmobile Vista Cruiser Is Ripe With Possibilities!”