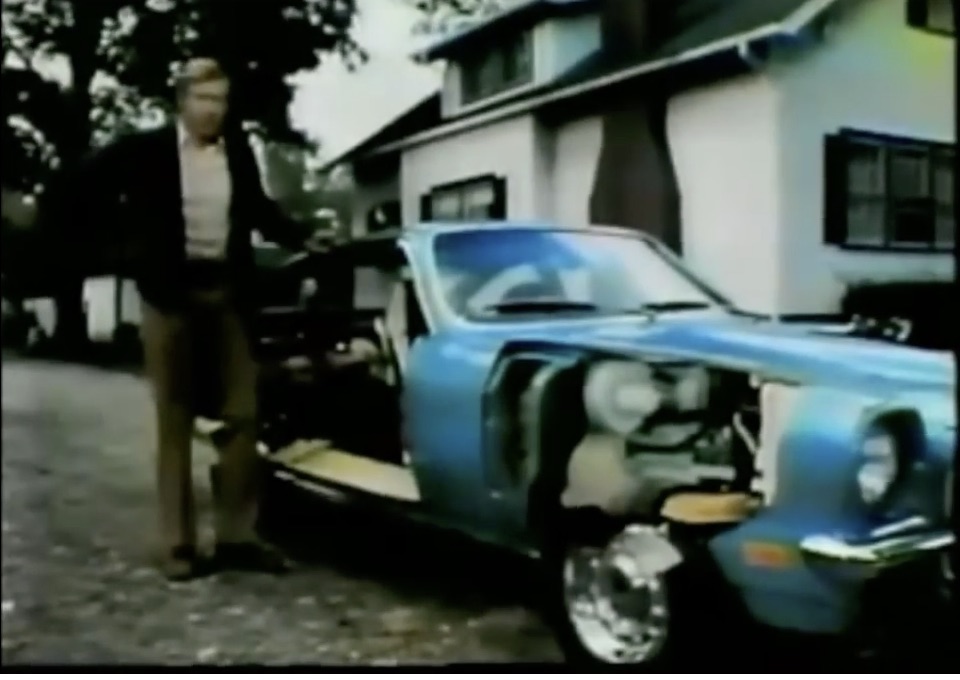 Chevrolet bet big on the Vega when they debuted it in 1970. A new assembly plant in Lordstown, Ohio was built, as were the unique Vert-a-pac rail cars that GM designed in conjunction with Southern Pacific for shipping. GM strove to create 100 Vegas an hour, easily twice the normal output pace for a car. Maybe that’s why the Vega wound up with such a checkered history, one that is filled with engine issues and rust. For a car that initially won over the press and garnered heaps of praise, within a few years’ time that praise had turned sour and as caustic as the salt that was eating at the fenders. GM really did step out to design a good small car, and if they hadn’t tried to crank them out at breakneck speed, they might have done a better job with it. But they didn’t, and the Vega stands as one of GM’s biggest screw-ups ever recorded: the moment that the production numbers trumped everything else was the moment GM lost customer faith.

Which is why this 1972 commercial appears, in hindsight, as some dark humor. The Vega was still more or less in the “good” spotlight…a couple of minor recalls for engine issues (backfiring and an issue involving emissions equipment) had gone by and the faulty valve-stem seals that let the engine eat the oil like candy hadn’t really cropped up yet. But within a little more time, and the cutaway car and the whole machine would oddly look very much alike: big holes where there shouldn’t be any and the inability to drive it on public streets would soon be the calling card of the car.

Return Of The Sport Truck: OBS Clash Episode 3 Is Here, And There Has Never Been More Sport In Sport Trucks Large And In Charge Video: The Construction And Transportation Of Graythorpe 1 - The World's Largest Oil Rig In 1974