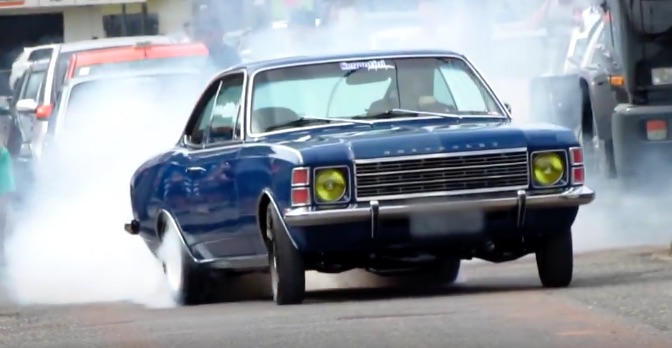 It’s not an Opel. It’s not a Holden. It’s a Chevrolet Opala…rather, an Opala coupe and an Opala Caravan SS station wagon. Made for Brazil, the Opala is a blend of GM: American engines and Australian styling touches on an Opel Rekord platform, sold in South America. It’s not a world car, but it is a globally influenced vehicle, decades before that became trendy and popular. What is it to BangShifters, besides a rarely-seen machine? It’s a six-cylinder performance car that gearheads in Brazil flock to. The 250 Chevy, often looked at as a base engine in the United States, is a large engine in Brazil. With some upgrades (namely, an intake system that doesn’t leave out cylinders one and six) the Chevy six can come alive and run. Opalas ran with Dodge Darts and Ford Mavericks, cars with V8s under the hood, and could hang just fine…or better, as these two prove. They sound nasty!