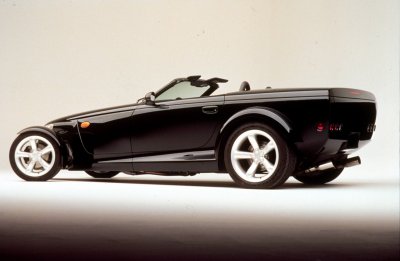 The Plymouth Prowler gets a bad rap from the hot rodding community, and other than the knock for using the V6 from the Dodge Intrepid hooked to an automatic, I don’t agree. Plymouth was in the death throes, trying to sell cheap Neons and the god-awful Breeze, while the rest of Chrysler was just starting to get used to their new  supervisors from Germany. Then, in what was typical Chrysler fashion during the 1990s, they took a concept vehicle that had been shown in 1993 and slated it for production. The Prowler was light (2,880 lb curb weight) and could hustle to a mid-14 second quarter mile. But that didn’t satisfy the fans, no way. No V6 factory built hot rod could win them over. Someone at DCX took apparently agreed, because in 1999 the Chrysler Howler debuted. In place of the typical purple paint was an all-black paint job with the front bumperettes removed. In place of the 3.5 V6 was the new 4.7 V8, in place of the AutoStick automatic was a Borg-Warner five speed manual, and in place of the roadster body was a “trucklet” body that really was a odd attempt at a trunk. It didn’t matter, because this wasn’t just a “what if” concept, but a pre-production mule that was testing the feasibility of shoving the 4.7 into the Prowler. The giveaway? This was a concept car that had a functioning A/C system. Motor Trend got to test the Howler and only complained about the handmade shifter, which they admitted was a concept-car issue and not worth noting, and the lack of commitment by DaimlerChrysler to produce the thing.

While the Howler does smack a little of the Chevy SSR as a cartoony throwback ride, at least DCX gave the cars a proper chassis instead of raiding one of the corporate siblings for underpinnings. It’s really sad that the Howler didn’t get even a limited release, because considering Plymouth’s notorious past of awesome rides, the Howler would have been a final middle finger before the brand died. 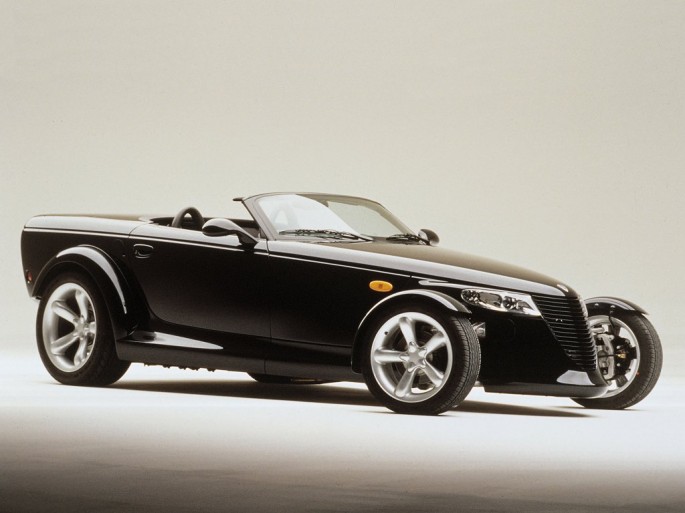 If You're Into Car-Sharing And Live In Toronto, You Might Get A Lift In Deadmau5's McLaren PDRA DragStock From Rockingham Dragway - Action Photos Of The Hairiest Doorslammers On The Planet