Caption This: How Would You Sell This Lincoln-Ish Super Brougham? 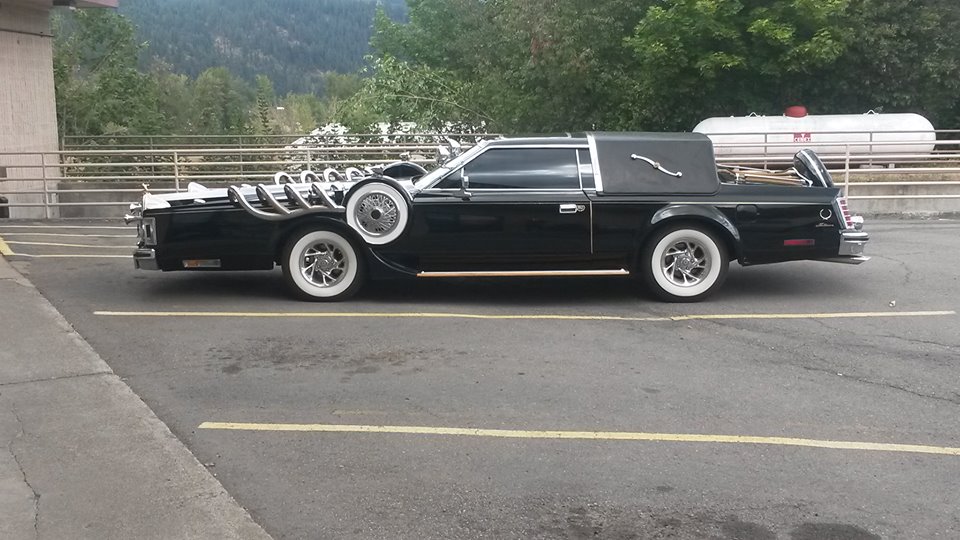 Zimmer Golden Spirit. 1970s Stutz. Both of these cars represent the same thing: a harkening back to the days of Dusenbergs and Bugattis, though the execution might be…well…a little questionable. Exclusivity, classic styling traits that were incorporated onto modern platforms, and a metric ton of chrome was added, because chrome equals positive styling, right? They called back to the Prohibition Era, where long-nosed, high-quality coach built cars signified pure, unadulterated luxury and wealth, but something didn’t quite make it to the 1970s translation. Maybe it was the fact that most of these cars were retrofits to an existing chassis, or maybe in a decade defined by OPEC gas crisis, that rolling around in the ultimate pimpmobile was beyond good taste for most people. 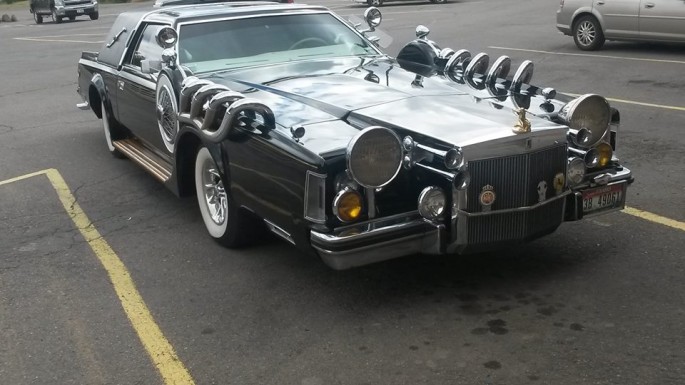 And that brings us to today’s car. Most of it seems to be made up of Lincoln Mark VI, but the nose had been extended by at least a few feet…and that is the least of this car’s problems. The cheapest wheels in the book on whitewalls, fender-mounted spares with that oh-so-1980’s wire hubcap, the exhaust headers from Cruella DeVille’s personal whip and a lighting array that would look more at-home in a lighthouse than on a Lincoln complete the look. She’s SuperFly and ready to roll, if you can find the right customer in this modern age. Take a shot at selling this loaded Lincoln if you dare! 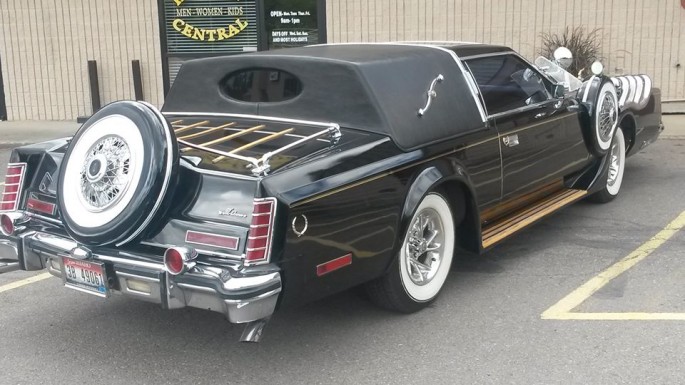 ACED: AutoCross Every Day! Ride Along In Bob Bertelsen's Orange Rush C10 At CAM Challenge Watch This! Brian Hobaugh Racing His Bitchin 1973 Camaro Around The Road Course At Charlotte

21 thoughts on “Caption This: How Would You Sell This Lincoln-Ish Super Brougham?”