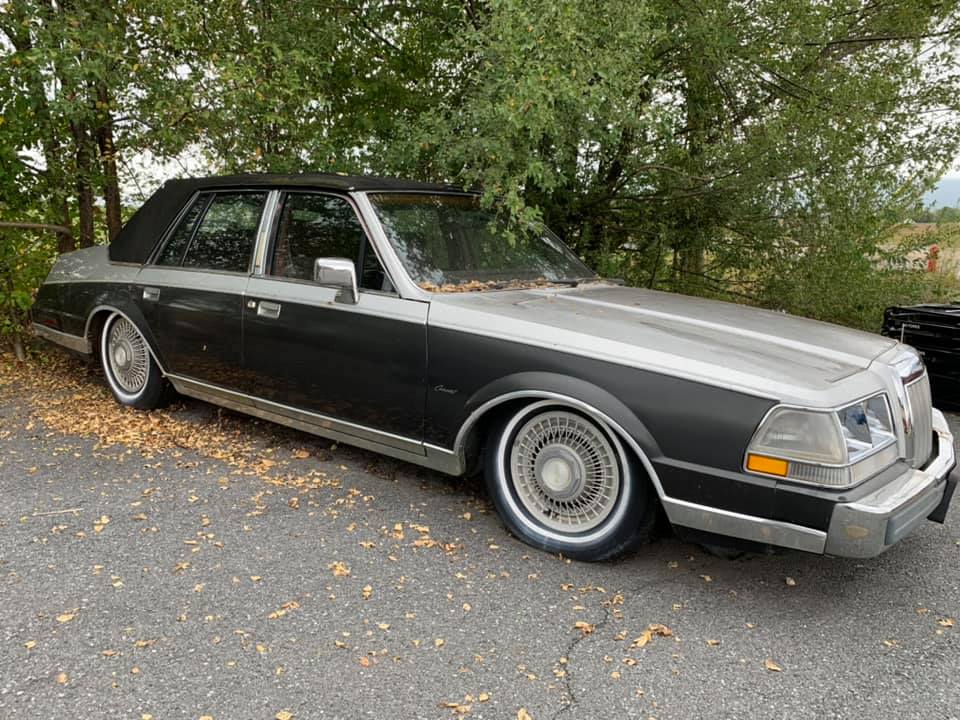 When Channing Ivey sent me the link to this…thing…I had to have a come-to-Jesus moment with myself. I had forgotten these things existed. I didn’t want to think about them to begin with, because from my perspective they were the most awkward-looking thing on the market. The front end was fine, it was Lincoln’s take on the AeroBird era of Fox-Body. The fact that it was a four-door didn’t bother me. It was what happened behind the front doors that really put me off on them. Like the Cadillac Seville and the 1981-83 Imperial, the seventh-generation Continental was a bustleback. After finding the splitting point between the Town Car and the Continental nameplate in 1980, the name moved to the mid-sized sedan that had Fox bones, Thunderbird proportions and an ass that sagged like a hot date in a nursing home. It wouldn’t have been so bad if the whole car didn’t look like it had melted from the B-pillar back, but it did, supposedly to look like the Lincoln Zephyr of the later 1930s. If you bought into that back then. 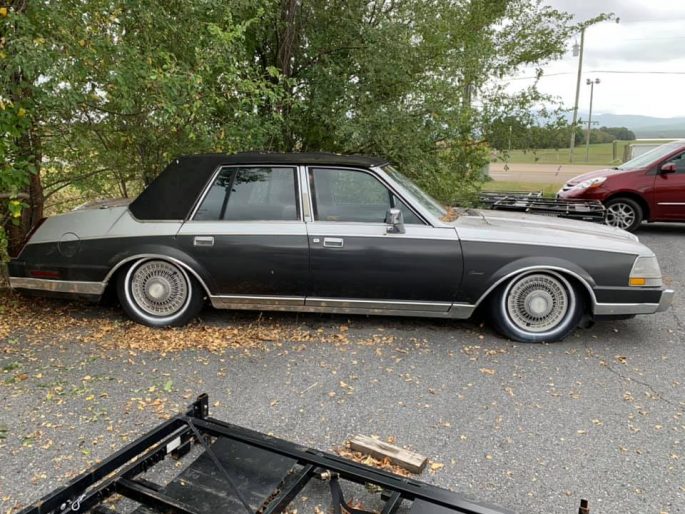 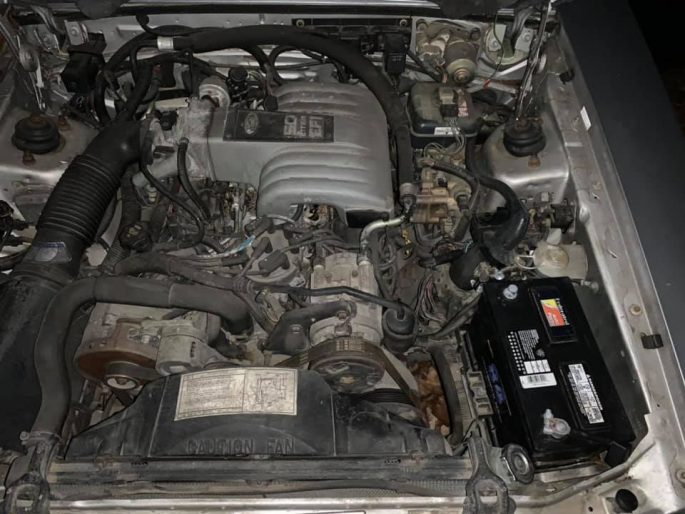 So other than a reminder that these exist in any form, why is it here? Because it is a four-door Fox body that nobody would ever suspect. We’ve shown you Lincoln LSC coupes with five-speed swaps and blowers on them. We’ve told you about the Bondurant-inspired LTD LX and Canada-only Marquis LTS. And you can’t believe that a Fairmont or Zephyr aren’t something to worry about anymore, given the legions of LS-swap fans who have turned boxy cars into 1320Video stars. But this thing? The only plausible explanation for owning one of these is that you were really down on your luck and the car that Grandma had owned for decades was given to you. Yeah, that faked vinyl top, that two-tone paint job that is not helping matters any, the air suspension that’s flatter than a three-day open soda, those won’t give anybody any concerns. Nobody expects to get their ass whipped by a 1980s barge with the ultimate in plum-colored interior. 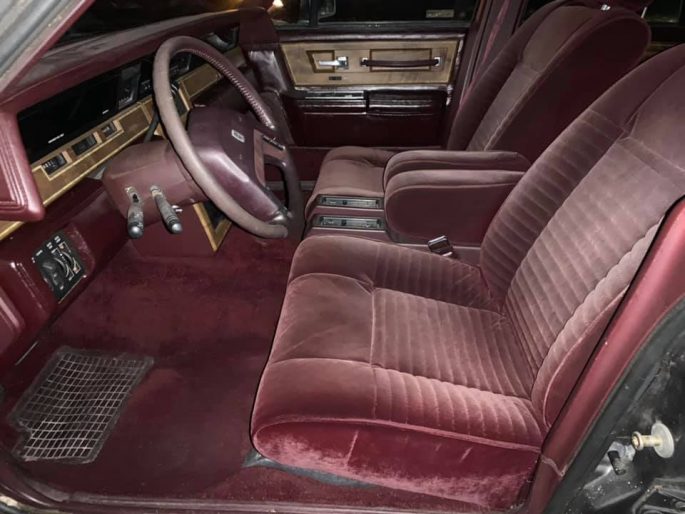 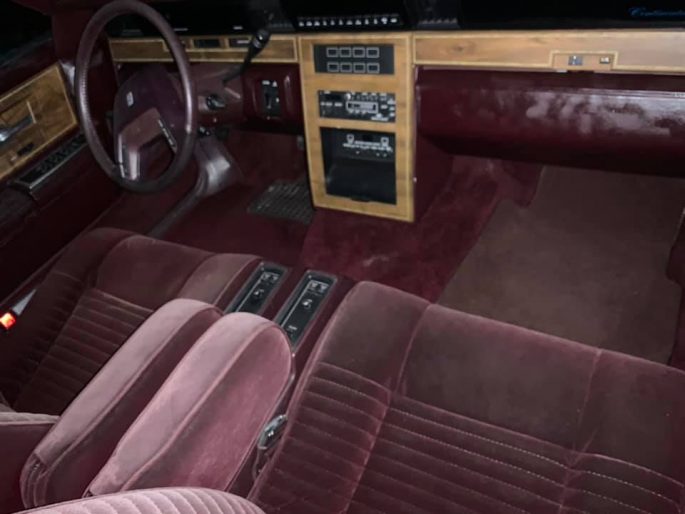 Coyote swap. Terminator IRS. And those Lincoln wheel covers on whitewall-fake drag slicks. Hell, I’d be happy with a cheap turbo LS swap, or a 5.0L huffing enough nitrous to put a charging water buffalo out for a bit. Imagine getting your ass kicked in any competition by this car. I wouldn’t stop laughing as hoards of phone-wielding onlookers capture your perfect “the F*#% just happened?!?!” face. 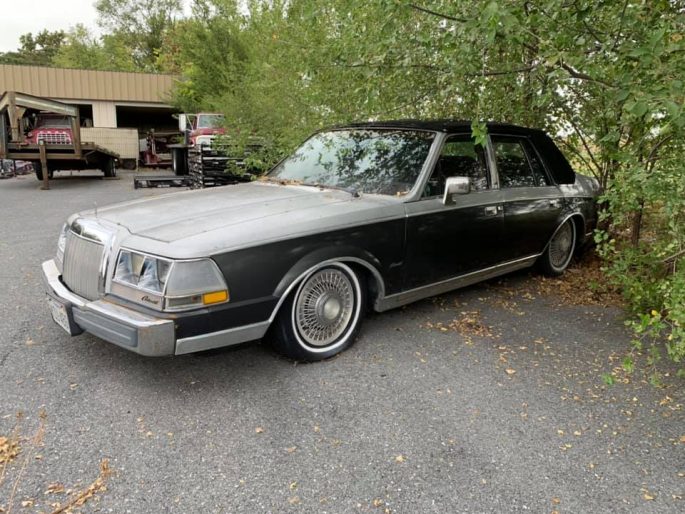