Weird For The Sake Of Being Weird: The Smoking Tire Checks Out A Merkur XR4Ti 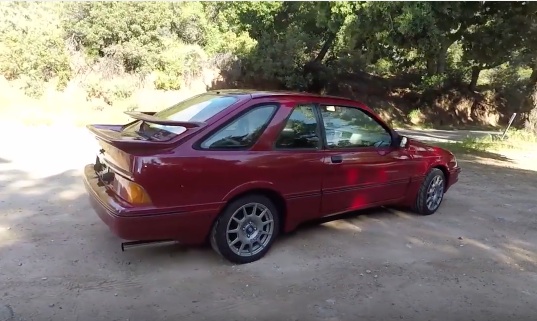 Ford’s decision to bring the Merkur brand to life in the 1980s was actually a very sound choice. Buyers were running away from traditional American brands and generally, were going towards European nameplates. Honda, Toyota and Nissan were quick to jump on this bandwagon with Acura, Lexus and Infiniti respectively, and Ford had two products that, with a little massaging to meet Federal regulations, would work: the Ford Sierra and Ford Scorpio. Since GMC owned the Sierra name, the bi-winged three-door became the strangest mis-mash alphanumeric name ever applied to a car sold in the States: the “XR4Ti”. The name actually had a meaning (experimental racer, 4 series, turbocharged, injected) but it didn’t matter…it kind of looked like an Escort, kind of looked a little Mustang-ish, but between the funky quarter glass, the bi-wing and the economic relationship between the U.S. and West Germany at the time, the car wasn’t a big hit…it was expensive and didn’t have the right “X-factor” to grab people’s attention.

Which, while not exactly a shame, is still a kind of missed opportunity. The Sierra has a performance pedigree, and it wasn’t like the materials present were Euro-only. The 2.3L four-cylinder was basically the same unit found in the Mustang SVO and Thunderbird Turbo Coupe, and it can be boosted as high as you’re willing to take it. The Type 9 five-speed manual can be gutted and replaced with a T-5 (and it should be…you’ll see why) and there’s independent suspension front and rear. The XR4Ti can be made to hustle if someone has the drive to put some time and effort into one.

This Weird Air Car Is Kind Of Like A Sad Plane That Cannot Fly Or Drive In Gravel This Crazy Clean And Beautiful 1970 Olds 442 Is A Steel Wheel Four Speed Dream - Muscle Car Perfection?

7 thoughts on “Weird For The Sake Of Being Weird: The Smoking Tire Checks Out A Merkur XR4Ti”