Classic YouTube: The Most Unloved Mopar Can Still Burn The Hides Off!

Sep 13, 2020Bryan McTaggartMOPAR, VideosComments Off on Classic YouTube: The Most Unloved Mopar Can Still Burn The Hides Off! 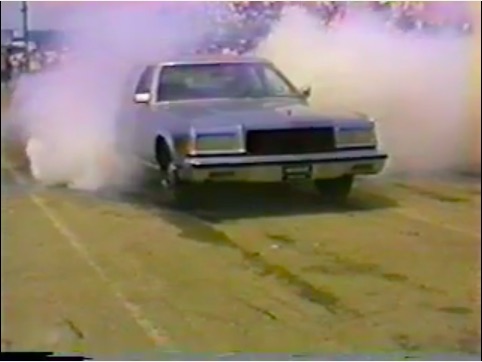 “The most unloved Mopar”? Yeah, the R-bodies fall into that category just fine. The last thing Chrysler needed at the end of the 1970s was yet another full-size four-door that wouldn’t sell, yet somehow the R-body, a re-skinned B-body with a small stretch, appeared in 1979, when timing couldn’t have possibly been any worse. If it weren’t for fleet buyers, who actually liked the cars, it’s highly doubtful that Chrysler would’ve sold any at all. The goal was to compete with General Motors’ downsized B-body and Ford’s new Panther platform, but the R-body looks ponderous and heavier than you’d expect it to be.

If there is any bright side to the R-body, it’s the fact that there is plenty of B-body chassis still underneath to be familiar. Effectively, look at these things as a 1971 Charger sedan: everything that works on the Charger will work on the St. Regis, and that includes a big-block once you yank out the Lean Burn-choked small block or Slant Six from the engine bay. Give the big Mopar a big-block, and suddenly that boxy shape becomes something to be concerned about. The St. Regis sold best as a cop car. Mopar’s best cop cars had 440s. So what you see here should’ve been a logical decision…that’s the 1970s for you!

Classic YouTube: Van Halen, Dolls And A Nissan 300ZX - Nightmare Fuel Or Cool TV Ad The 1980s, Summed Up In One Tandem Drift - C4 Corvette Versus A Big-Boy Cadillac!