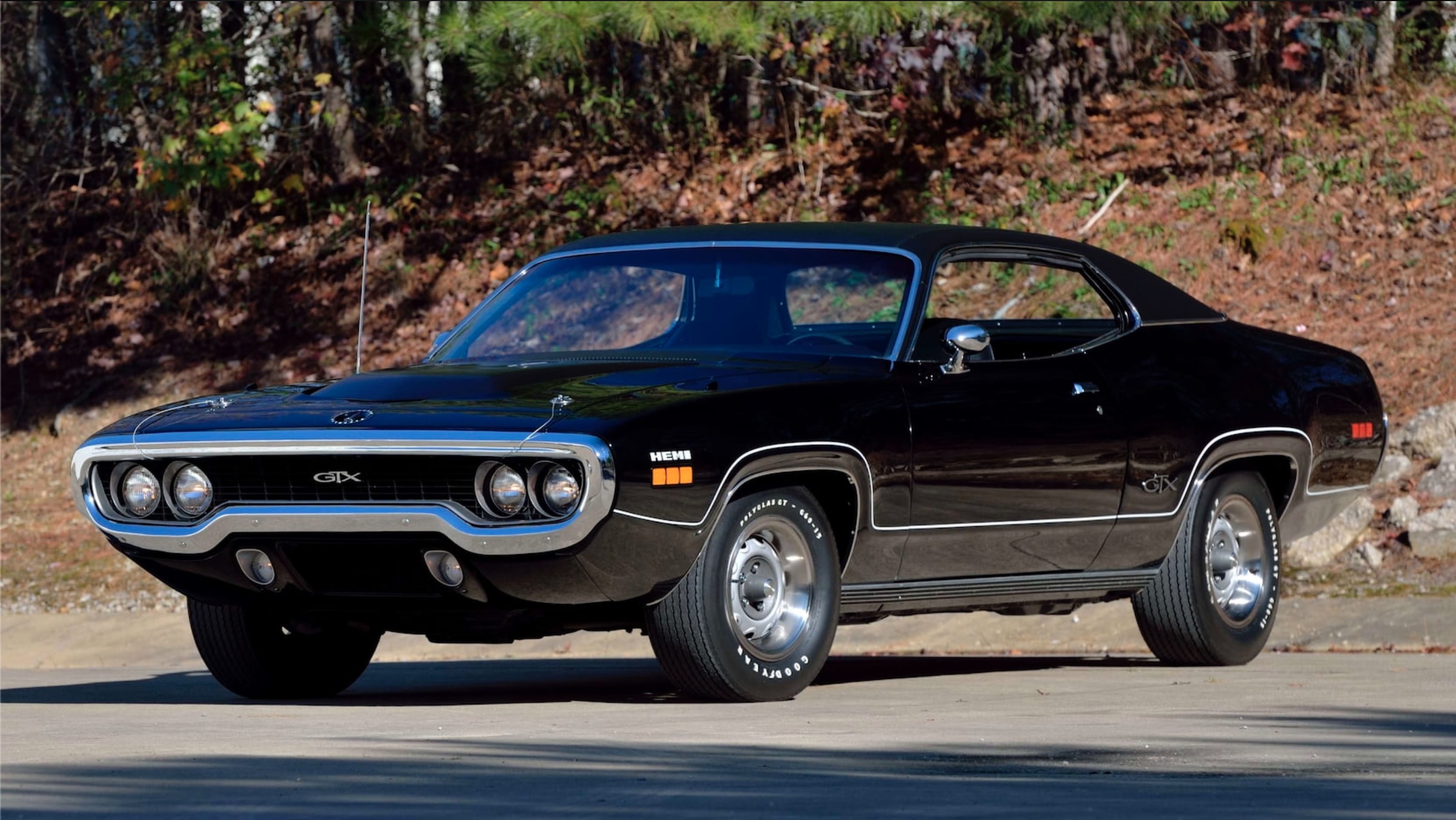 There was a running joke regarding my father’s sense of fashion: black or white shirt, blue jeans. Robert was colorblind, and he knew that for 90% of the time, that’s all he needed to know to dress himself without looking like some horrifying design of a sugared-up four-year-old. In life, I’m pretty much the same way. I’ve picked up a couple more colors to add to the palette, like dark green and dark red, but for the most part I’m partial to a good set of blue jeans, a black t-shirt, and just a little bit of brightwork, usually a necklace or silver rings. And that’s my taste in cars, as well. 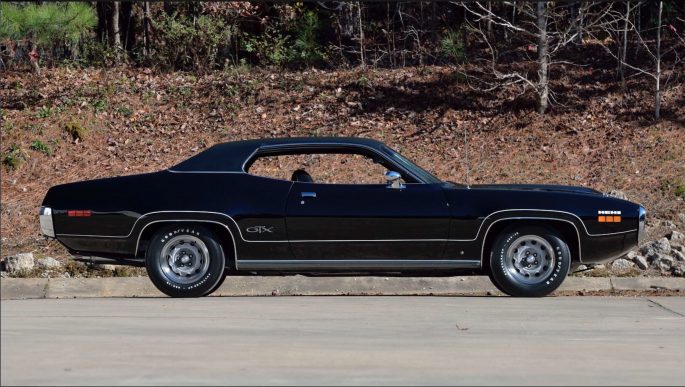 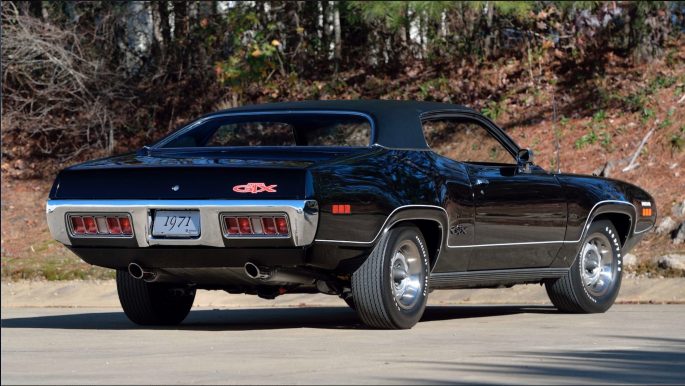 Any car done up black-and-chrome that’s clean will get my attention, but this 1971 Plymouth GTX has my imagination, my heart and an urgent email in Santa’s inbox suggesting that he quit overworking the elves and just go make this happen for me instead. Dear sweet mother…regardless of my fixations on stranger Mopar selections, I would sell every last car I owned and donate a body part or two to science if it meant that this was mine until the end of my days. I love the way the hoop bumper on these cars looks like a ram-air scoop for a jet. I love the way the coke-bottle styling was still graceful on these cars, unlike later years where they squared off the ends and they wound up looking fat instead. The windshield is huge, the rear quarter glass is not. The interior is comfortable without being overkill about it. Overkill is saved for the powertrain, none of which you need an introduction to. That word above the front marker lights will tell you everything you need to know. 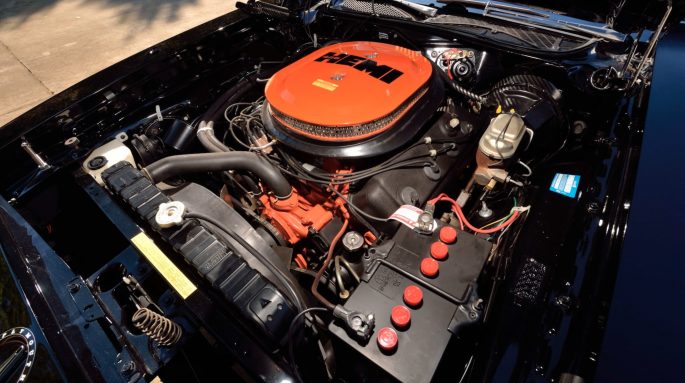 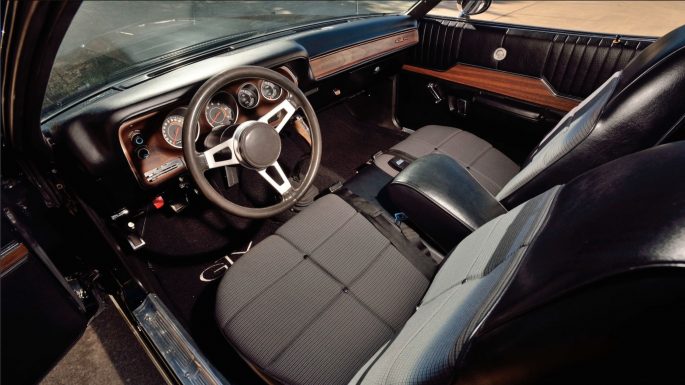 Any backdrop, this works. Park it in some gritty urban scene and it looks like you’ve met the boss you never wanted to meet. Park it in the Midwest and it’s the car from the barn, out, cleaned up and ready to raise some hell. It could be sitting in the Seattle rain with it’s marker lights on at the end of Paine Field as the latest Boeing takes off into flight, or it could be parked on a beach near Crescent City with the Pacific sunset drawing patterns on it’s flank. In every last scene, this is the dream car. The end.

If you’re a true car freak, you know that the “What’s your favorite car?” question’s answer changes by the hour. But with no mincing of words, this is top three for me. And, in all likelihood, the ultimate, number one.

Be still, my heart. You can never go wrong with black and chrome. 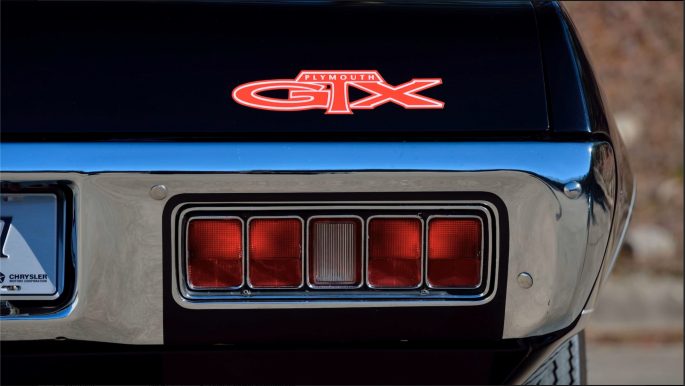 Cool It! This Look At The Meziere 20 GPM Remote Mount Water Pump Is Cool - So Many Uses! Halfway To China: This Louisiana Bounty Mud Hole Just Swallows Up The Trucks!