Risky Investment: Would You Restore This Ratty 1970 Plymouth Superbird Or Would You Start Building It Up? 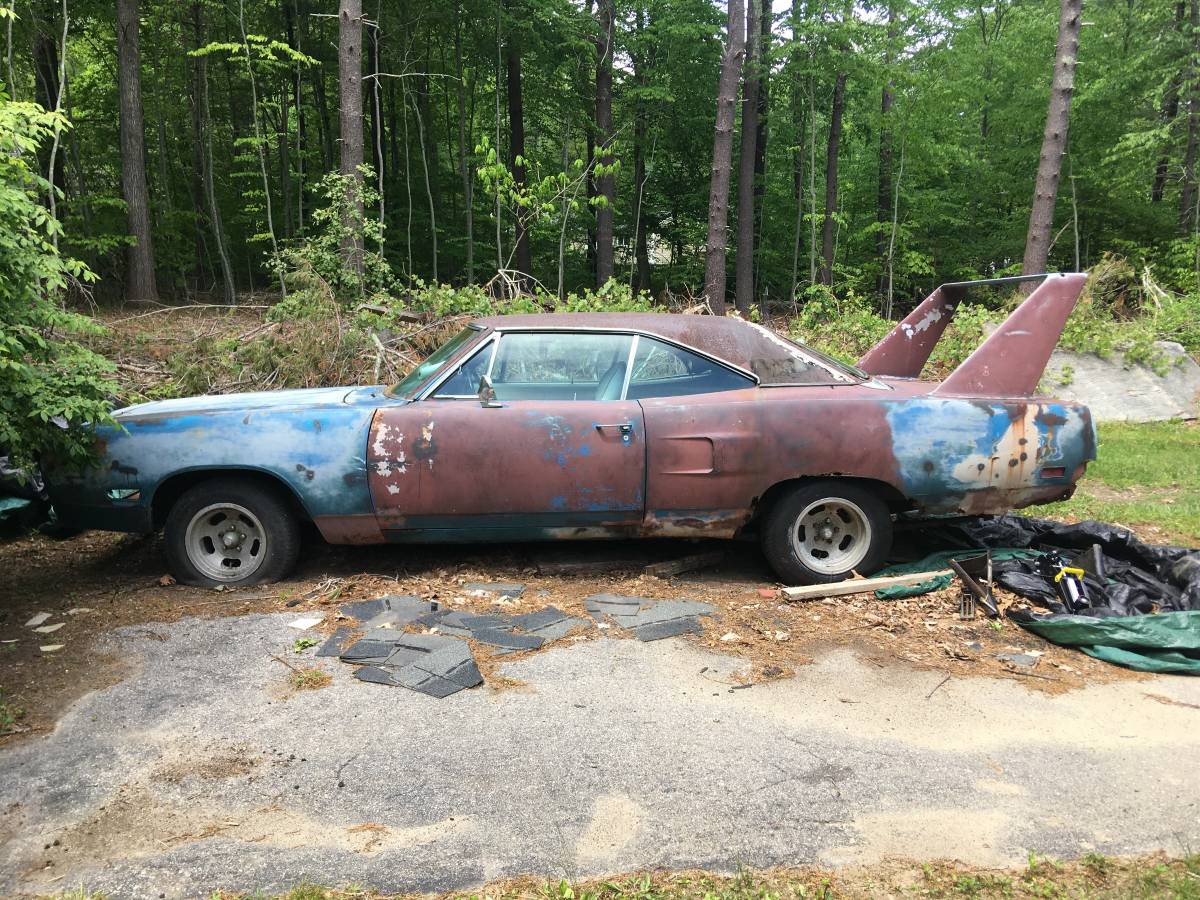 That beak. That wing. That shape that was meant to convey one meaning only, directly to Ford Motor Company: “Richard Petty is OUR driver, and you will pay dearly for your treachery.” It’s a 1970 Plymouth Road Runner Superbird, the second of Chrysler Corporation’s “wing cars” and the last of the “Aero Warrior” era NASCAR racers to make both homologation and racetrack appearances before NASCAR cooled off the war between Ford and Chrysler with a rule change against such aerodynamically-enhanced cars. The story of the Superbird goes back to 1969…Ford had the swoopy Torino Talladega and Dodge had the Charger Daytona, an evolution of the Charger 500. Plymouth had the Road Runner…which, compared to the to the other two cars being fielded, had the aerodynamic properties of a cinderblock. Petty, still riding high from his monster 1967 season, wanted to either jump from Plymouth to Dodge so he could get a Daytona and continue his winning ways, or wanted Plymouth to get off their hides and build a sister car to the Daytona so that he didn’t have to adjust course. Plymouth pushed back, so Petty went to Ford for the 1969 season.

Chrysler Corporation knew that Petty was a draw and that they couldn’t afford to lose. “King Richard” was a household name and had a strong relationship with Chrysler products for years. For Petty to jump to Ford was too much, so the Superbird was born. A Road Runner with a slightly more upturned nose and a fatter wing than the Charger Daytona, the Superbird was the answer that brought Petty back into the fold for the 1970 season. For racing reasons, the car worked. For the homologation street cars required, it didn’t. The rules had changed for 1970…instead of 500, manufacturers had to crank out one car for every two dealerships in the country, or 1,920 vehicles. On superspeedways, the Superbird’s shape meant it was out front. In the real world, they were at the back of dealer lots or were in the shop being converted back into a normal 1970 Road Runner. 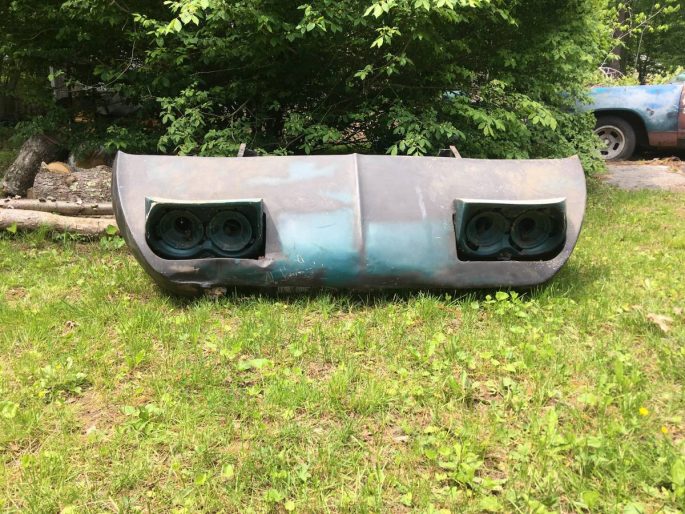 History lesson over, let’s take a look at what we have here: a B5 Blue, 440-6/four-speed car with a 3.54 Dana 60 underneath, sporting more “patina” than we’d like to see, missing the vinyl roof that every Superbird had (it hid the modifications for the rear window setup), sitting forlorn somewhere near Wareham, Massachusetts. The nose cone is off of the car, the interior is rough, the exterior is rougher. But it’s there, except the six-pack setup for the 440…that’s long gone. Metalwork is guaranteed. So is a properly large restoration bill. The VIN number decodes correctly: Plymouth B-body, Medium price, two-door hardtop, 440-6 engine, 1970, built at Lynch Road, Michigan. One look in the trunk to verify the wing supports and a glance at the fender tag will confirm whether or not you have a fake, though we believe this is the real deal. 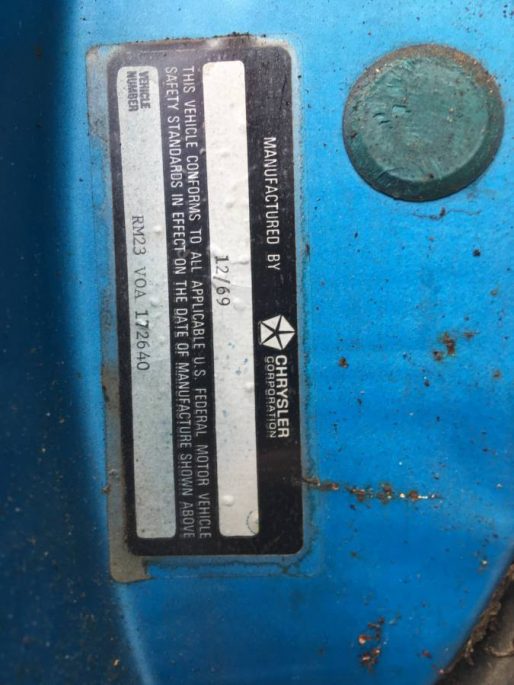 Now, for a car in this condition, $70,000 is a steep starting point, regardless of what kind of a car it is. Auction-worthy cars hover around the $150,000 mark, though they can go higher depending on how many people visited the bar at the auction. This Superbird is a blue-chip investment piece, but the question now before you: do you go full-on restoration and hope you get your money out of the car, or do you take the opportunity to have a little fun with a legitimate Superbird? We aren’t advocating for anything that can’t be undone or reverted to stock for the sake of value, but we would consider mothballing the four-gear for a six-speed and leaving slot mags in period-correct sizes on the car instead of the usual Rally wheels.

What would you do? 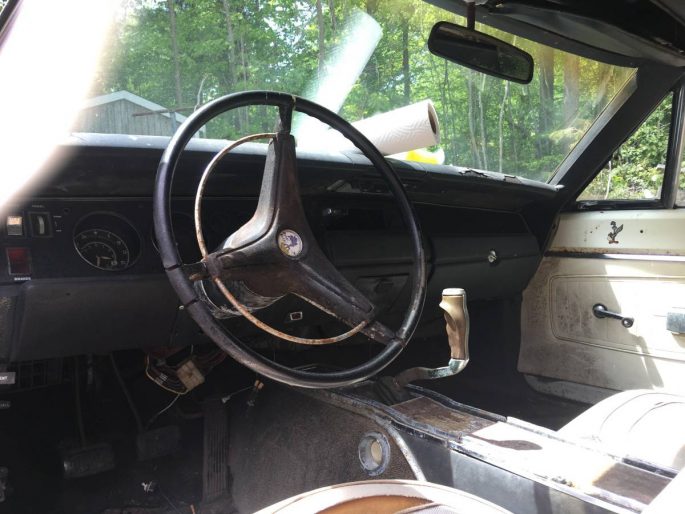 Nice And Limber: Flexing Out The Suspension On An RTI Ramp Not Give An Inch: Watch The Battle For Third Place At The First WTCR Race At The Nurburgring!

12 thoughts on “Risky Investment: Would You Restore This Ratty 1970 Plymouth Superbird Or Would You Start Building It Up?”