This 1974 Dodge Coronet Tears Up An Autocross Course With All Of The Body Roll You Would Expect! 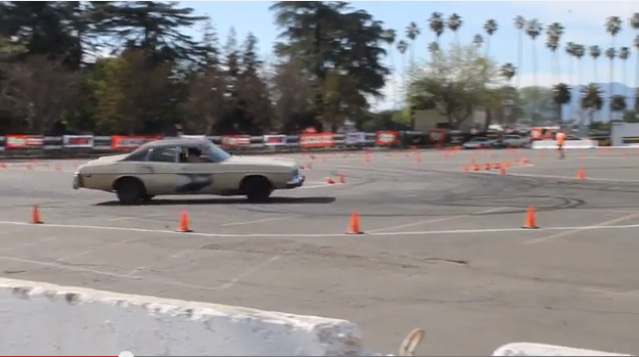 Let me ask you a question: If I tell you to picture a mid-1970s Dodge Coronet sedan in your head, which cop car do you picture? Blues Brothers, Smokey and the Bandit, The Dukes Of Hazzard, it doesn’t matter…all have Dodge Coronet cop cars and they all are good, it seems, for three things: driving forward and backwards, fishtailing, and crashing spectacularly. I’ll attest to all three, having driven several mid-70s Coronets in their factory tune. But one thing I’ll always admit to is that these barges cannot corner from the factory! The brakes are only decent if you got a cop-spec car, the body rolls for days like any other 1970s sedan, and if there’s anything less than the smog-choked 400ci or 440ci big-block under the hood, the acceleration is, um, “less than ideal”. But that did not stop Garrett Flores from taking his ’74 Coronet sedan out onto the autocross track at the NMCA West Autocross track. And he didn’t do it just for a laugh, either, with the big Dodge running a 44.8 second lap, nipping on the heels of a late-model Corvette. You can build the car to within an inch of it’s life but it’s all about the driver in the end, and Flores can drive – check out the video for yourself!