Random Car Review: The 1981 Mercedes-Benz 500SL, The Teutonic Rally Terror That Could Have Been

May 02, 2020Bryan McTaggartApex Car Feature, OTHER3 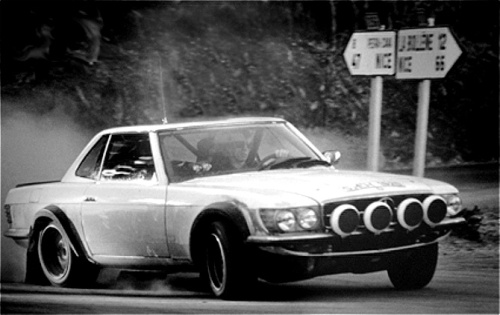 Mercedes-Benz had a unique take when it came to auto racing at the beginning of the 1980s: If their vehicle didn’t outright dominate, they didn’t want to play ball. That pride put a premature end to a budding World Rally program that had initially showed large amounts of promise and showed legendary rally drivers Walter Röhrl and Ari Vatanen and M-B’s rally champion, Erich Waxenberger, the door. Mercedes had already been using the 450SLC (the longer-wheelbase version of the same generational platform) and had started to see success in 1979 and 1980, delivering podium finishes at the punishing Rallye Côte d’Ivore and taking fourth in the manufacturer’s standings. Waxenberger saw the potential for Mercedes to make a name for themselves in rally, and equally saw the flaws in the 450SLC. An engineer, Waxenberger decided that the upcoming R107 500SL would make the ideal rally car due to it’s smaller dimensions. He engineered 519 lbs. of weight out of the car without sacrificing the strength of the platform. The cars were powered by the 320hp 5.0L V8 and four-speed automatic that had manual shifting capability. The rear gears were deepened to 4.08, which limited top speed but got the big Merc up and moving with authority. 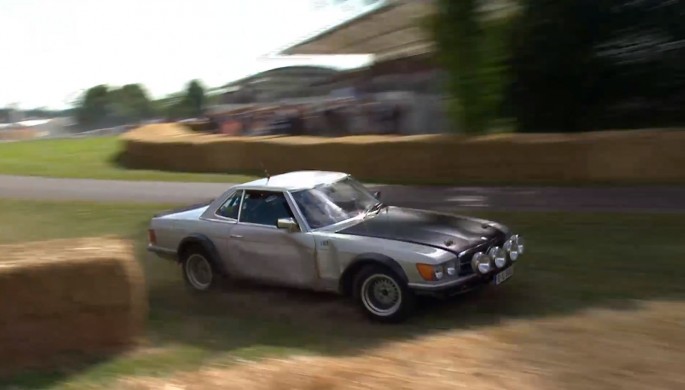 Excited at his chances, Waxenberger was excited and prior to his official proposal for a two-car team had been boasting that Mercedes would win the WRC championship in 1986. A skeptical board member pulled Röhrl aside and asked the driver what he thought, and Röhrl, ever-cautious, believed that Mercedes would finish top-five. With anything less than first place unacceptable, Waxenberger faced a stacked deck when he officially requested the funding for a two-car team. After some consideration, the board countered that they would support one car. Waxenberger countered that it was either a two-car team or nothing at all…and the board decided on the latter, effectively throwing the entire program out the back door. 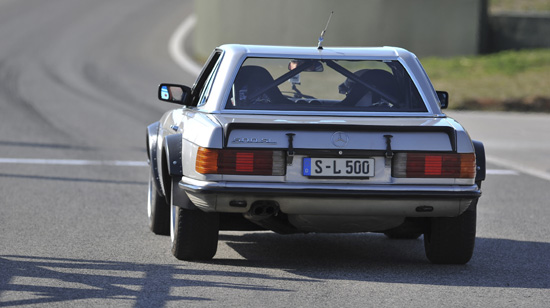 In the end, four prototype cars were built and it’s known that at least one was raced in Germany in the early 1980s. Given that Group B was just around the corner, it makes you wonder how Mercedes would’ve reacted to the Audi Quattro if they hadn’t walked away from the table.

Historical Footage: A 1920s Dodge Brothers Sedan Taking All The Punishment That A Trip To The Oil Well Could Provide Dream Sleeper: A Turbocharged, LS-Swapped RWD Converted W-body Monte Carlo!

3 thoughts on “Random Car Review: The 1981 Mercedes-Benz 500SL, The Teutonic Rally Terror That Could Have Been”