The “WTF” Files: You Won’t Need Roads With This DeLorean Hovercraft! 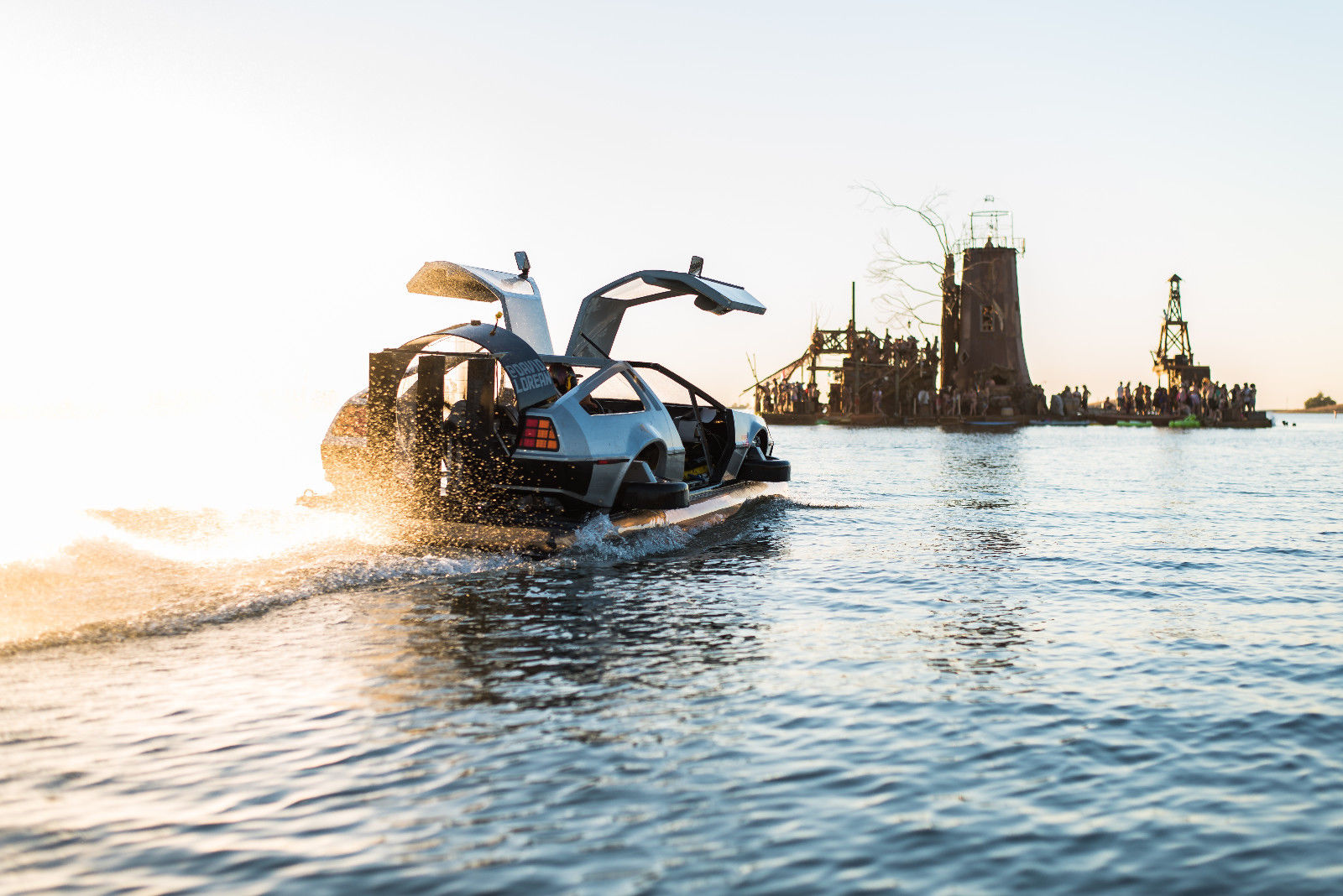 In the second installment of the Back to the Future franchise, the time-traveling DeLorean had undergone a few minor changes. No longer was eighty-eight miles an hour an absolute necessity for time travel. Good thing, too, if the V6 it came with was still sitting out back. It was nothing short of a miracle that it could hit that number in the first place. No, instead you had “Mr. Fusion”, a receptacle on the engine deck that you dumped trash in and through the miracle of cold fusion, could instantly create the energy required to send John Z. DeLorean’s dream through space and time. In addition, in the visualized 2015, the DeLorean had undergone a hover conversion that allowed it to fly. No more bang-shifting runs down the street before three sonic booms and tire tracks of fire, instead the stainless steel wonder now flies after a few banana peels and half a can of old beer. And people say the 1970s was the height for good drugs. 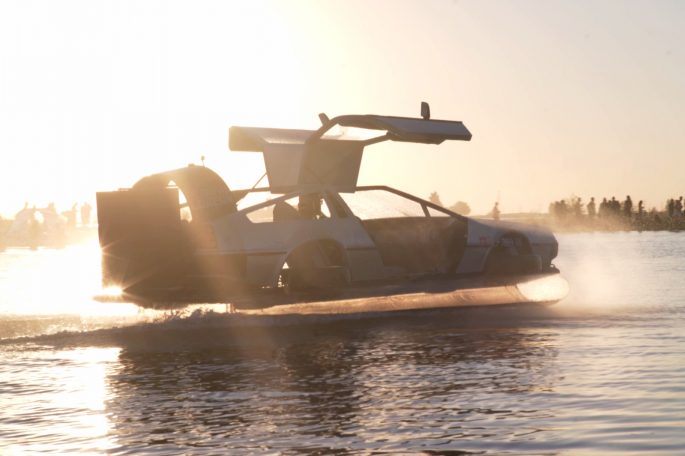 Well, this DeLorean won’t fly and it certainly won’t take you back to either 1955 or three years ago, but it’ll perform a magic trick of it’s own. It’s a hovercraft in the shape of a DeLorean DMC-12, and that part is critical: it is not a DeLorean body on a hovercraft. That’s a lot of metal to keep floating on a cushion of air above the surface. Instead, here’s what you are getting:

“The Hovercraft is based on the blueprints for the Universal Hovercraft UH-13PT. The basic shape of the hull, skirt, and fan ducts come from those blueprints, but pretty much everything else is customized. The Delorean body is made out of styrofoam wrapped in fiberglass and painted with metallic paint. The 36” thrust fan is powered by a 23hp Briggs & Stratton Vanguard riding lawnmower-style engine. The 24” lift fan is powered by a B&S 875 Professional series  push mower engine. The hull of the craft hovers about 6-8 inches over the surface, and can hover over anything relatively flat: land, water, ice, snow, sand, asphalt, etc. The top speed with the current thrust configuration is 31 mph on the water in good conditions.“ 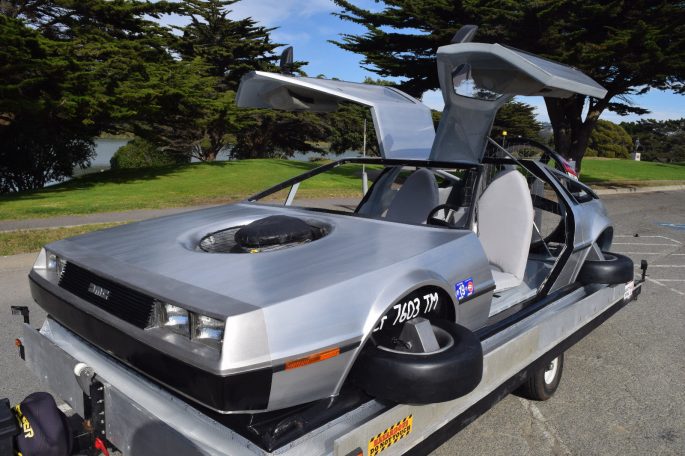 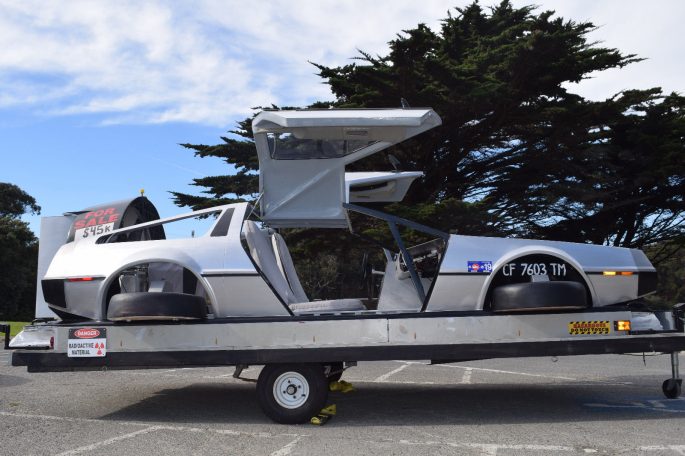 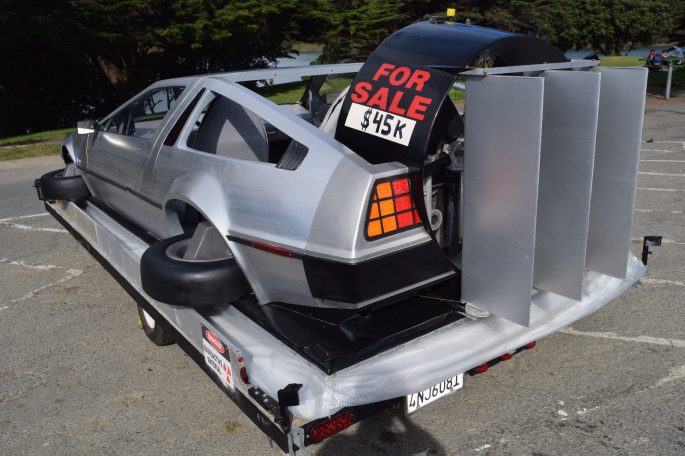 Additionally, you’ll get the tilting flatbed trailer built special to haul the hovercraft around, extra parts, and phone consultations with the builder for “any technical questions you might have”. You can even get hovering lessons from the seller himself when you pick it up! And ten percent of the money spent goes to the Michael J. Fox Foundation for Parkinson’s Research, so know that some of your coin is going to a good cause. 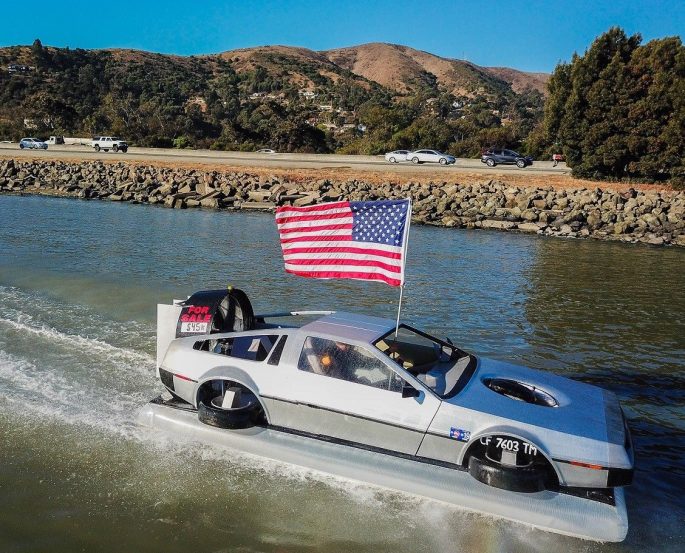 Seriously…how much fun do you think you could have with this thing? Winter’s coming…imagine floating along over the snowdrifts! Or next spring, taking this thing out on the lake and dropping jaws wherever you go! It’s a toy, no doubt, but it’s a really trick little piece. Have a ball and enjoy the kitsch factor, and the reactions of everybody you are going to meet!

2 thoughts on “The “WTF” Files: You Won’t Need Roads With This DeLorean Hovercraft!”