Random Car Review: The 1984-85 Ford LTD LX – The Hot Fox That Slipped Under The Radar 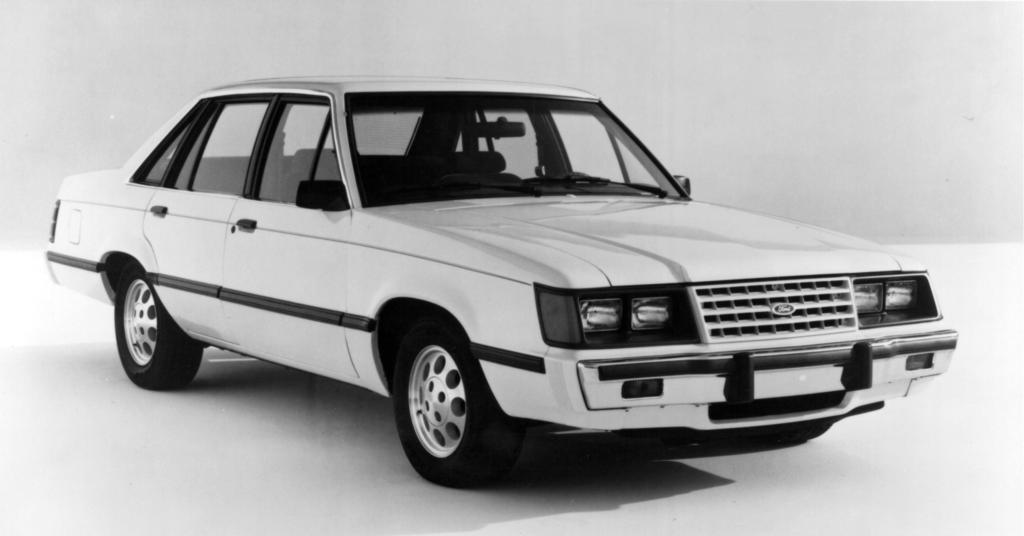 Fourteen different model names rode on Ford’s Fox platform between 1978 and 1993. All of those names have different reputations: the Ford Mustang and Mercury Capri get the automatic pass because of their pony-car status, the Lincoln Continental Mark VII earned it’s spot because of the LSC, and the Ford Fairmont, Mercury Zephyr and Ford Durango ute are notable simply because they are Genesis. The 1983-1988 Ford Thunderbird and Mercury Cougar coupes had NASCAR victory, which is something that can’t be said about their 1980-82 versions, and the less said about the Lincoln Continental sedan, 1980-82 Ford Granada and Mercury Cougar sedan/wagon, the better.

Then there is the 1983-86 Ford LTD. Along with its Mercury Marquis twin, these cars were an odd stop-gap fill in between the failure of the Granada/Cougar and the arrival of the front wheel drive Taurus/Sable. Basically the Granada with a slightly more aerodynamic nose and a different tail design, the LTD was simply around to make the most of it’s short time in production. It did well enough, but a rear-wheel-drive midsize sedan wasn’t in fashion and Ford knew it.

One person who could have cared less about front-wheel-drive or fashion, however, was Bob Bondurant. Bondurant had been running Mustangs at his high-performance driving school, but he wanted a sedan so that demonstration drives (also known as “scare the passenger” laps) could be done. Given that many members of the board at Ford were Bondurant graduates, it didn’t take long for the basic concoction to get whipped up: the 165hp 5.0 H.O. block was stolen out of a Mustang and shoved in, backed with a five-speed. All of the police-spec suspension made it’s way onto the prototype car for the LTD LX, and once completed, Bondurant and Ford president Don Peterson tested it out. Bondurant was impressed, and Peterson suddenly saw a way to capitalize on the “Euro Sport Sedan” trend that Detroit had been trying out. Surely, a V8 LTD that had Mustang internals and Bondurant’s seal of approval could outsell the Pontiac 6000STE and Dodge 600ES…right? 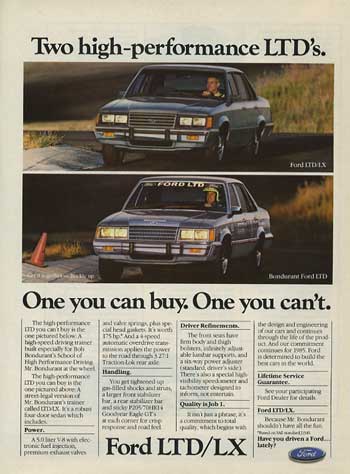 Wrong. The numbers are a little loose, but 3,260 give or take a few LTD LXs and a tiny handful of similar Canada-only Mercury Marquis LTS were sold before the performance plug was yanked in 1985. What happened? The car had favorable press and was very competitive, but enthusiasts went cold when they found out it was automatic only, and even with blacked-out trim, a tachometer, floor shifter and console, it still looked, for the most part, like every other LTD on the lot…which meant “boring”. And then there was the shift to front-wheel-drive cars that was in full force. A sedan that was the second warming of what was the 1978 Ford Fairmont was just plain dated in 1985, and the idea of a sporty sedan was too ahead of its time for the American marketplace.

How Many Ways Can You Say "K"? The Entire Rundown Of Chrysler's Hail Mary Platform This 1971 Penske/Donahue Javelin Trans-Am Tribute Is For Sale and It Is Very, Very Awesome