Teach Them Well: This Robotics And Automation Professor’s 600+RWHP Camaro Is A Track Machine!

Sep 19, 2015Bryan McTaggartCar Features, CHEVYComments Off on Teach Them Well: This Robotics And Automation Professor’s 600+RWHP Camaro Is A Track Machine! 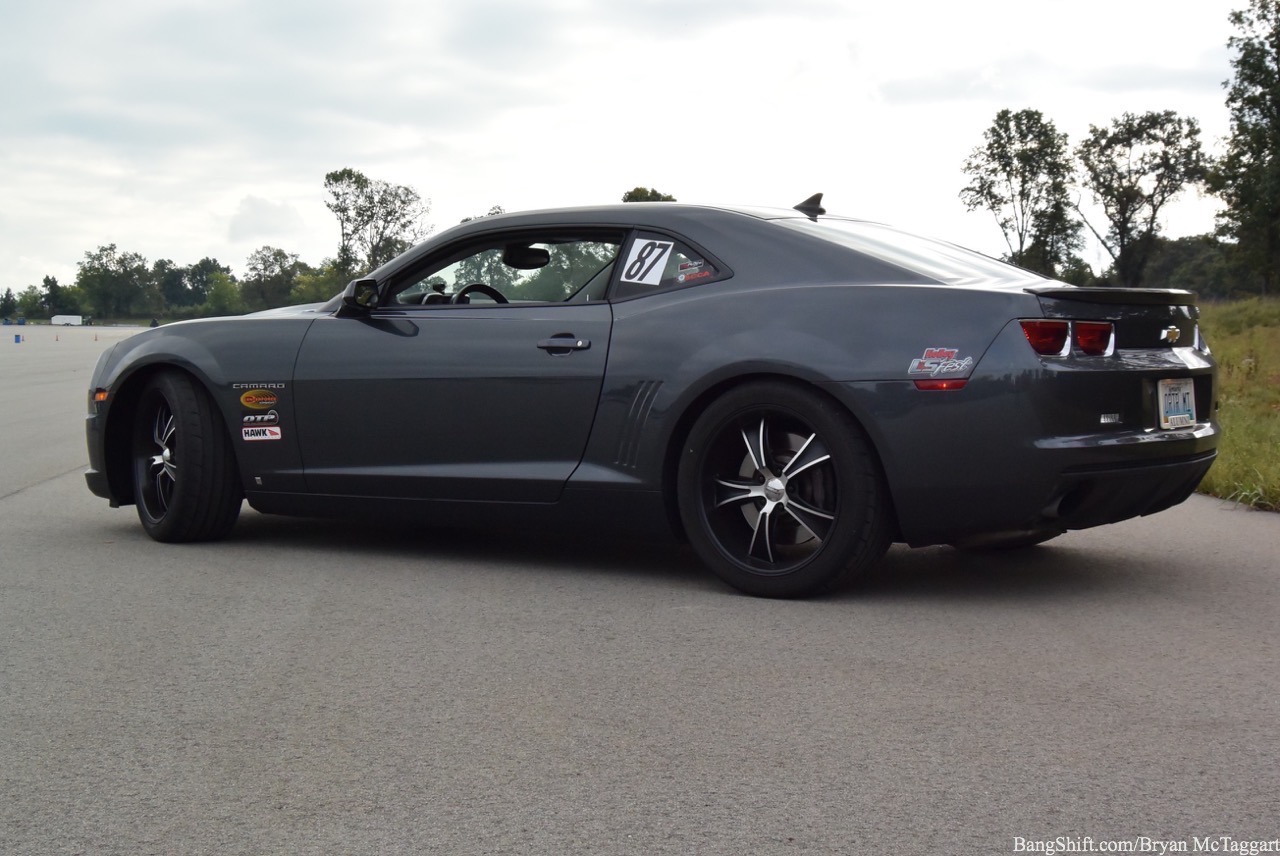 I should probably start this story out with an apology. I first encountered Brian Sparks’ Camaro early in the morning the day I took our project Chrysler to the NCM Motorsports Park back in February. Brian was one of the first cars there, and as the dark gray Camaro on aftermarket wheels rolled past with a loud, cammed noise blasting away from the pipes, my brain went straight to speculation mode: “I see…slap a set of wheels and some pipes on a Camaro and you’re now a racer.” Once I saw under the hood, I couldn’t shove my foot in my mouth fast enough. Sparks’ Camaro presented me with a very humiliating lesson about not judging a book by it’s cover. I’m just glad that I had the foresight to keep my big mouth shut before I learned the truth. In reality, this isn’t a Bro-maro at all. Sure, it’s got cutouts, and Brian likes to leave them a bit more open that most people would like…NCM Motorsports Park included, he found out recently. But the truth is that the Camaro is plenty capable, well mannered and sorted, and is more than ready to compete. 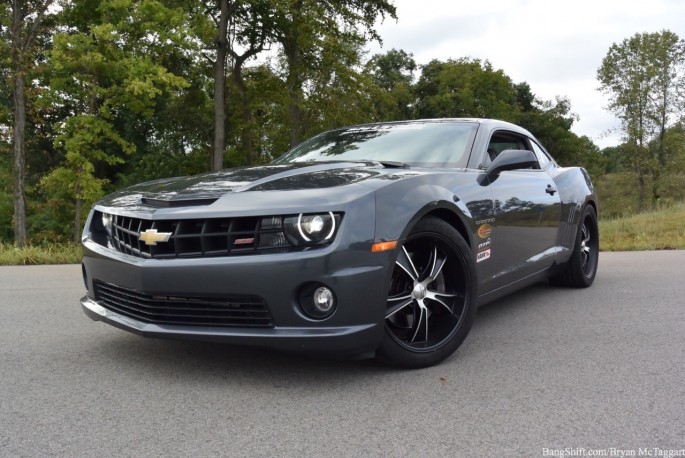 And I couldn’t have made that kind of assumption about a nicer guy. I walked the track that morning with him and he was pleasant and engaging…something that should be admired for anyone walking a cold stretch of asphalt at seven-something on a cold February morning. Sparks spends his days as a professor at South Central Kentucky Community College, where he is a professor of the robotics and automation program, a natural step for the mechanical engineering major. During the days, he’s in the classroom with students, but on his off time, he’s a racer. He’s associated with the Kentucky SCCA and has attended LS Fest every year. With those kinds of influences, it is no surprise that he would be lead down the path to the kind of automotive delinquency that we all love and enjoy here. 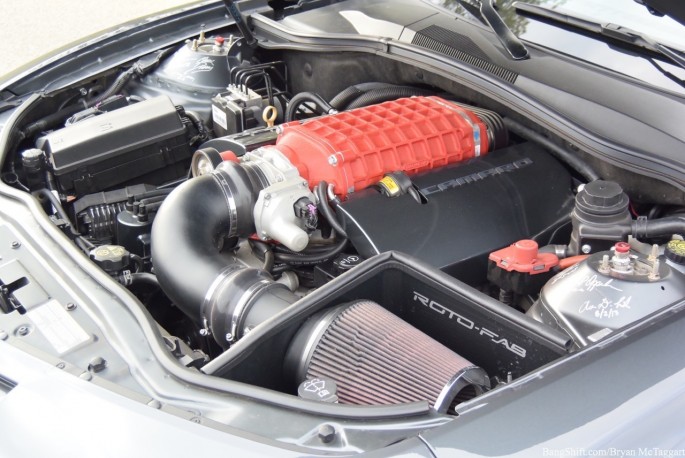 Let’s get right into the meat and potatoes of the car. The LS3 is present and accounted for, but the large red lump on top is a Magnusson 2300 supercharger. There is little to no whine whatsoever coming out of this setup, and if there was, the cutouts could easily drown it out. A Comp Cams stick, Solid Works long tube headers, Quick Time Performance (QTP) electric exhaust cutouts, RotoFab intake, and RXPerformance catch can come together to make beautiful music and power together, which is sent through the six-speed via a Centerforce DYAD twin-disc clutch. With the work performed by Raymond’s Performance and the tune set by Mike Norris, the Camaro sits at 643 RWHP and 598 ft/lbs of torque. If you are unable to have fun with that kind of power, then simply put, you are doing it wrong. Underneath, Pedder’s Xa coilovers, ZL1 swayers, bushing inserts and camber plates make suspension magic, andthe American Racing BLVD wheels and Mickey Thompson Street Comp tires are the only real giveaway that any real work has been done. 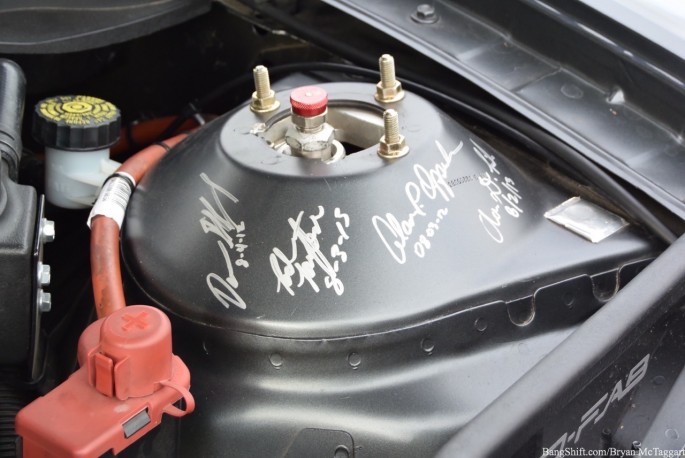 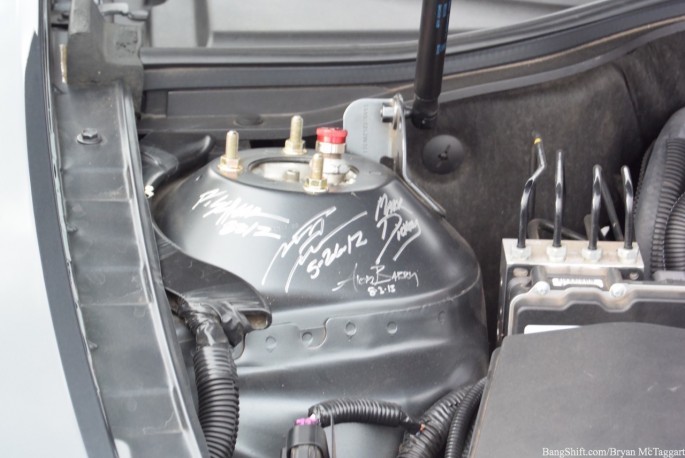 Noticed the signatures in the engine bay? One is Scotte Settlemire, who is known on-line as “FBodFather”. Settlemire was the project manager for the 4th generation Camaro, and as the marketing money vanished and the platform’s cancellation was cemented, he took to the Internet and to forums to maintain enthusiast support. Another is Al Oppenhiser, the chief engineer for the fifth-generation Camaro. Other signatures are from engineers on the Gen5 Camaro team. 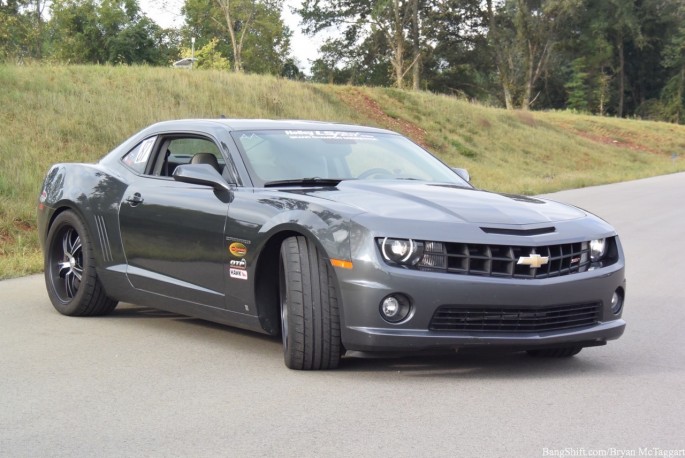 Brian has a powerful and clean Camaro in his hands, but as far as the racing part? LS Fests, the American Streetcar series, 10/10ths days and Track-X days at NCM Motorsports Park, Camaro5Fest, and the Chevy High Performance Nationals have all seen the car perform to it’s fullest. With the support of two Camaro clubs (Derby City Camaro Club out of Louisville, Kentucky and Music City Camaro Club in Nashville, Tennessee) Brian has plenty of friends and fellow enthusiasts supporting him. And, provided he keeps the cutouts closed just enough to fly under the radar, it’s still just a Camaro with aftermarket wheels. Mostly. 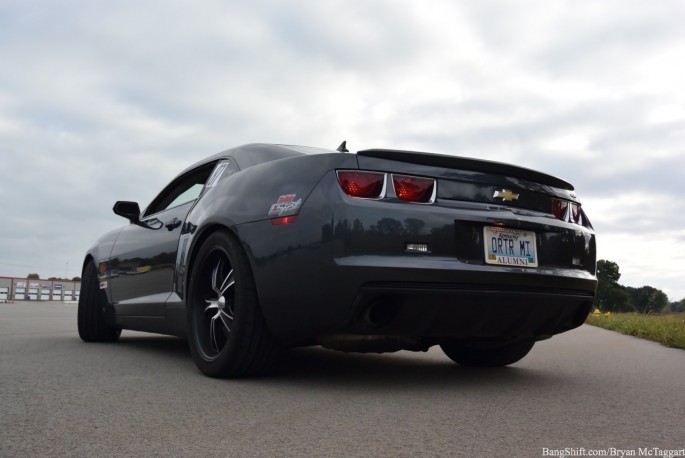 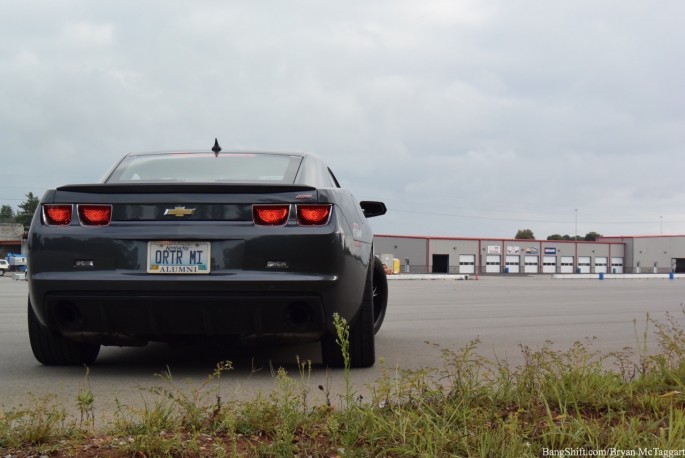 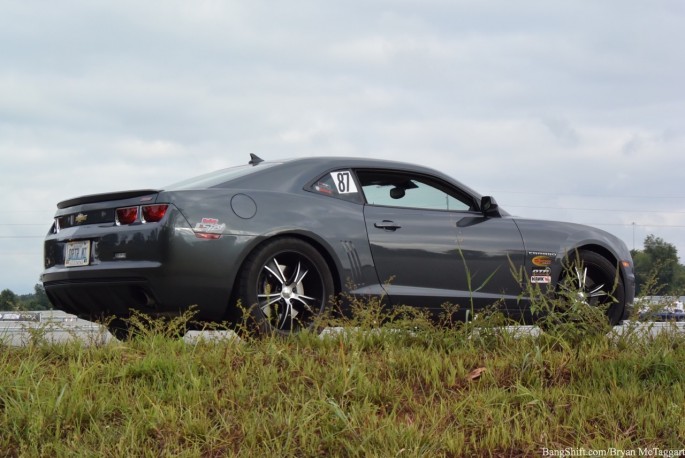 Laguna Seca Is Safe From ISC And The France Family, But Who Will Ultimately Manage The Track Still Up In The Air BangShift Project Profile: A Chevy S10 Land Speed Truck...Powered By A Mercedes Turbo Diesel?!