eBay Find: A 1976 Dodge StreetVan…Anybody Have A Use For A Disco Van With A Furry Roof? 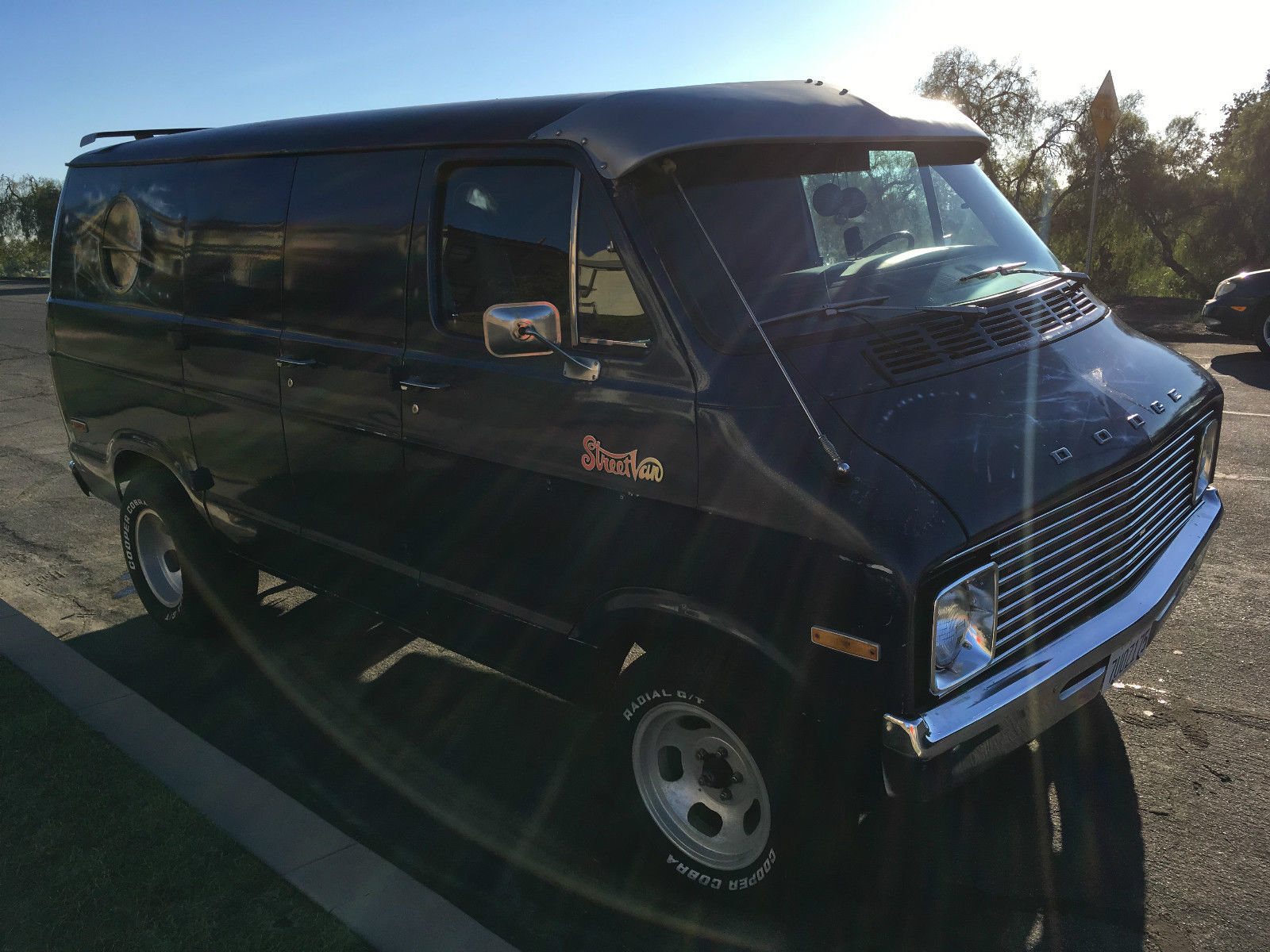 “Disco Van”. What do you picture when you read those words? If it’s anything other than a Dodge B-van from the 1970s, I’ll be shocked. Dodge vans were so attached to the van scene that when the company dreamed up it’s “Adult Toys” marketing pitch…wish I was in on that meeting…the Tradesman (the B-van that didn’t have side windows) got it’s own version, the “StreetVan”, to go along with the Lil’ Red Express and the Warlock pickup trucks. It was pretty much a dress-up kit: pick between Dodge’s five-slot mags or wagon-spoke wheels, pick any of the available engines in the lineup, and start picking out which color of shag carpeting best hides…well, whatever people do in vans. 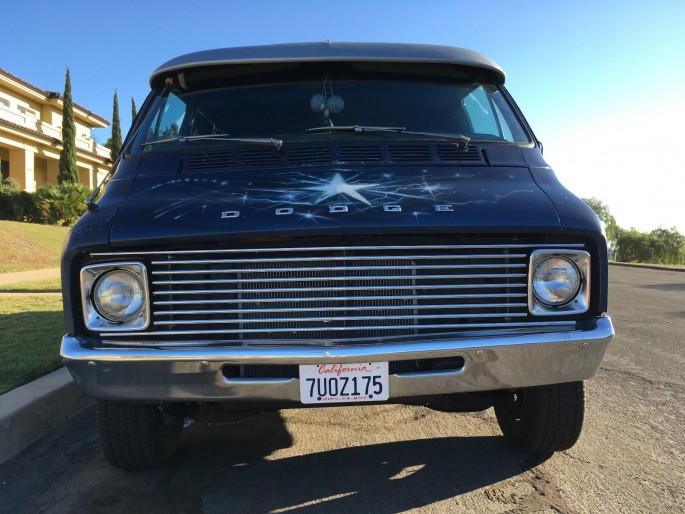 This 1976 StreetVan is up on eBay and it’s a peach. The paint and murals are vintage, the porthole windows swivel out (the better to clear the smoke with, my dear!) and the 360/727 powertrain are smooth-running. In fact, the only bad things listed involve the non-operational fuel gauge and air conditioning, neither of which should take too much to rehab into working order. 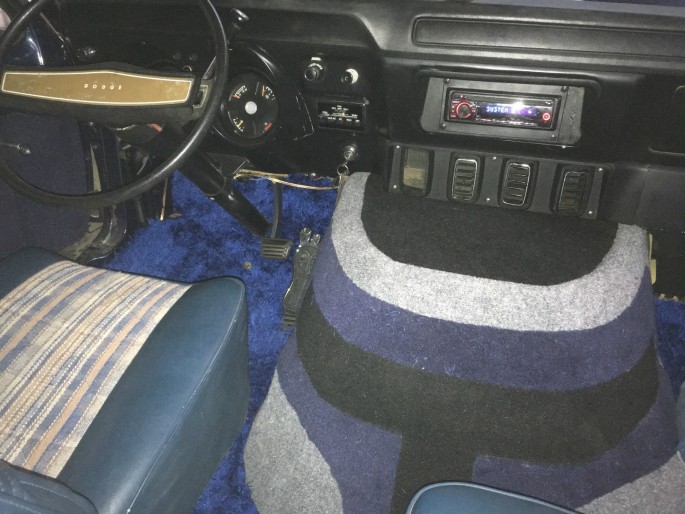 Up front, you’ve got captain’s chairs that swivel, carpeting that looks rich, deep, and surprisingly blue, an old-school foot pedal and tunes. Not bad. Now, turn around and check out the back: 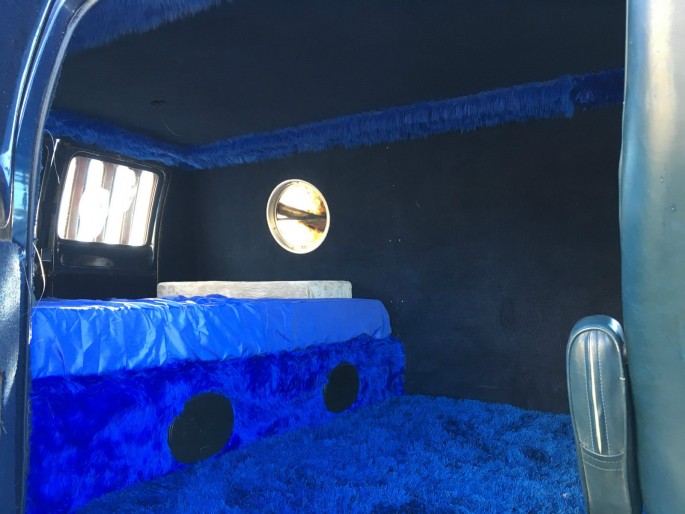 Yep, that’s a bed. Not much else to say there that isn’t going to get me in trouble or fired, so we will leave that alone. Just assume that the mattress and sheets probably should be swapped out. Nothing against the seller, who says it’s a memory foam mattress that has only been slept on twice, but it just should be standard protocol when selling a vehicle that has a bed. And we aren’t even going to ask about the furry roof. But there isn’t neon, or super-glitzy additions. There aren’t even those weird “door bead” things…there’s just room for activities. Maybe we’re stereotyping this Dodge too much. Maybe this would be a killer travel rig for two once a Gear Vendors helps that 727 along. What do you think? 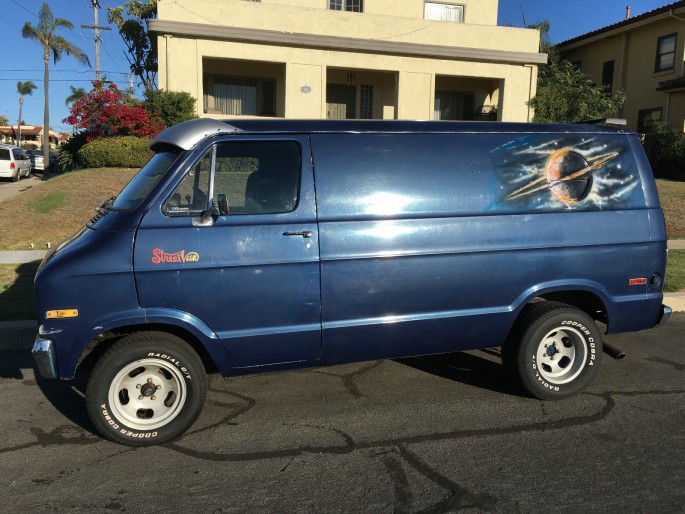 Going Racing This Year? Running Alky Or Nitro? Look Into Prolong's 40W Nitro Racing Oil Randy Pobst Is Back With Another Racing Line Lesson: Weight Transfer! (Why Else Would He Drive That Van On A Track?)

4 thoughts on “eBay Find: A 1976 Dodge StreetVan…Anybody Have A Use For A Disco Van With A Furry Roof?”