Getting It Done In The SUV – This 1,500 Horsepower Jeep Is Still Testing! 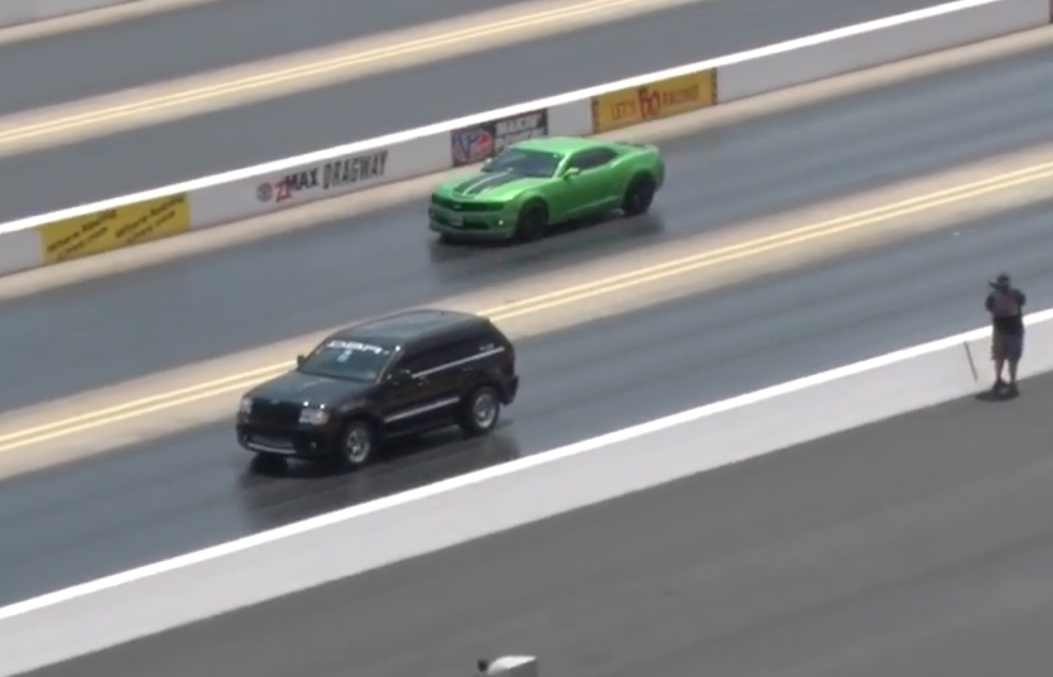 Jeep Grand Cherokees aren’t aerodynamic. Not even close. You could literally shove the broadside of a barn out of the back of a cargo plane and let it plummet to earth, and that would stand a chance of moving air better than a WK Grand Cherokee trying to be a supercar. But, if you know how to work a Gen 3 Hemi block and a turbocharger or two, anything is possible, and VanDrake Racing’s Jeep can do the impossible: it appears to suspend the rules of physics as it hustles it’s big ass down the track at speeds that are difficult to comprehend. We’ve seen these wicked turbo Jeeps before, but watching this thing smack an 1,100 horsepower GT-R around like the school bully is something else, entirely. And there’s only three giveaways that something is really going on: the intercooler, the rolling stock, and the gaping hole in the air that is left behind after this bomb blast of an SUV punches through at speed!