Two-Wheel Too Cool: This 1975 Kawasaki KZ400 is how you’re supposed to build a cafe bike 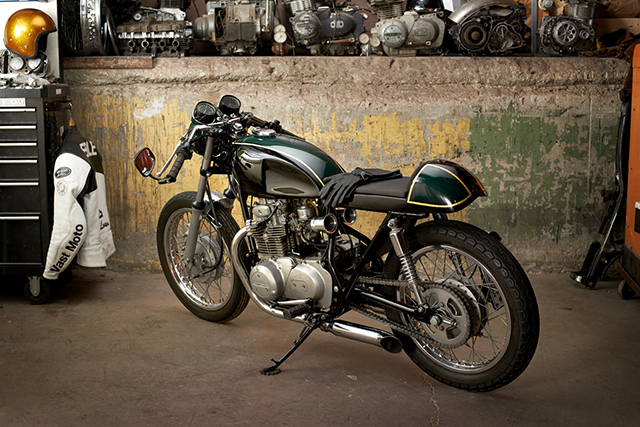 Cafe bikes have become the new rat rods. What started out as the ultimate expression of form following function turned into guys just throwing together hideously ugly motorcycles with bubblegum welds and black primer. The guys at Vast Moto up in Portland, Maine are showing us all how it’s done.

When you think “Portland” and “co-op,” you immediately go to the left coast and find yourself digging through bulk organic, free-range pinto beans, surrounded by the stench of patchoulie. But there’s another Portland, 3,200 miles away in the rough-hewn state of Maine. The co-op in question here is Vast Moto, a collection of guys that hang around a shop and eventually start twisting wrenches on 1970s Japanese bikes. 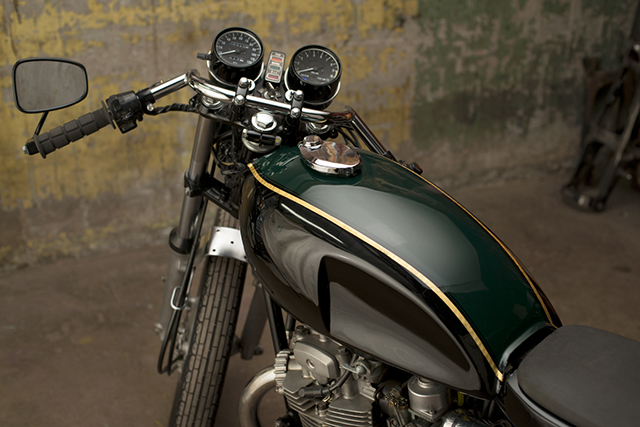 What’s cool here is that “beautiful” doesn’t necessarily have to mean “expensive.” The bike in question is a 1975 Kawasaki KZ400, one of the three hundred bazillion 400cc UJMs — or “Universal Japanese Motorcycles” — that came over to the United States in the 1970s, under the flags of Honda, Suzuki, Yamaha and Kawasaki. 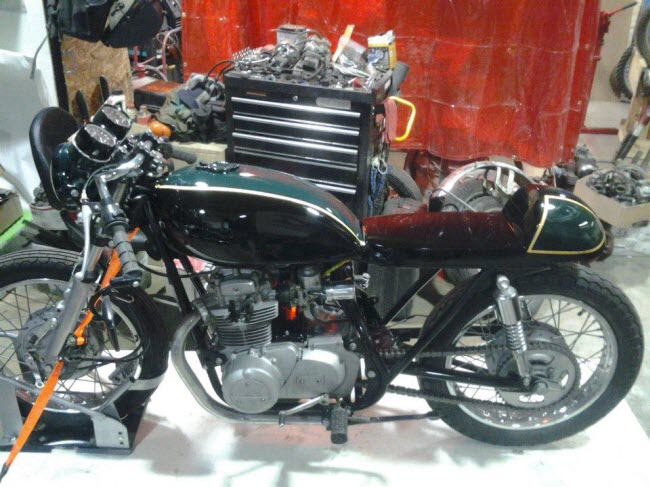 With the KZ400, you’re not only able to get the profile of a proper British cafe bike, but you also get the reliability of an everyday Japanese motorcycle. Honda had the same idea with the 1989 and 1990 GB500 Tourist Trophy. 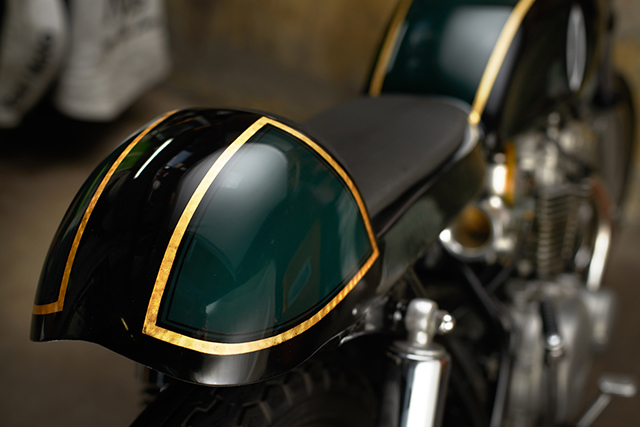 Vast Moto’s KZ400 is almost the spitting image of that bike, but the British Green paint is hand-applied, and instead of gold tape stripes, this one features honest-to-God 23K gold leaf stripes. 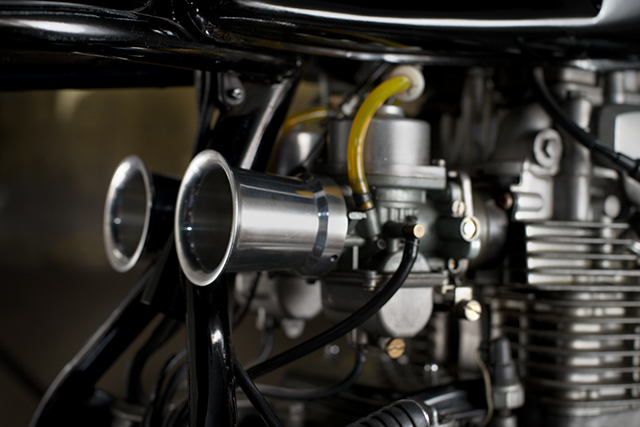 The best cafe bikes are an exercise in subtraction rather than addition. The giant airbox went in the trash for a pair of velocity stacks. The electrics moved up under the beautifully upholstered, hand-made bumstop seat, revealing that big chunk of negative space in the frame. The front and rear fenders went to the recycling pile as well, and in place of the forklift battery-sized taillights that came on KZ400s bound for the States in the 1970s, Vast Moto opted for a cool Harley-esque stoplamp. The drop bars are standard cafe issue, but the entire instrument panel was moved to sit lower on the triple clamp. 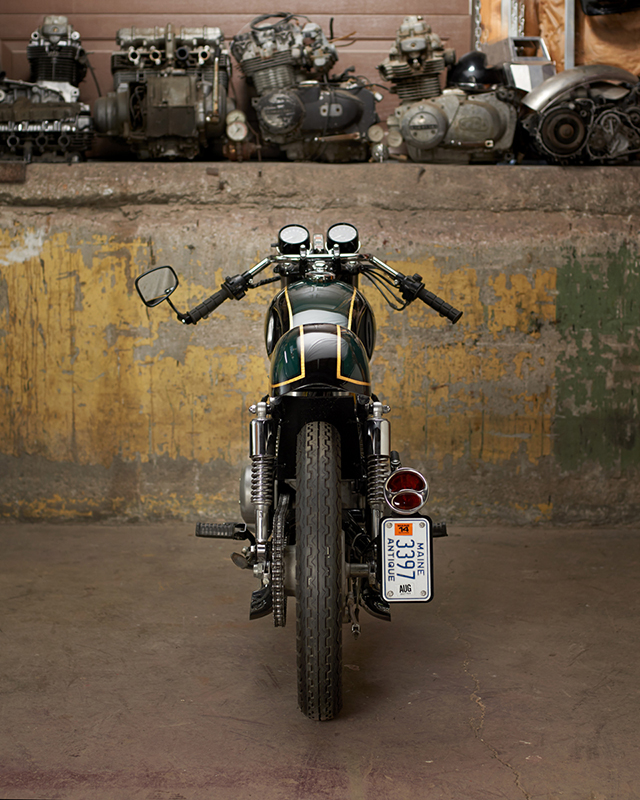 It’s an awesome-looking bike that begs you to throw a leg over and wring it up to the ton. For more photos and more information about Vast Moto, check their Facebook page.

Photos And Results From The Optima Search For The Ultimate Street Car Race At Laguna Seca Screaming Video: Watch A Jag XKE Race Car Mix It Up With Other Classic Iron At Pacific Raceway

6 thoughts on “Two-Wheel Too Cool: This 1975 Kawasaki KZ400 is how you’re supposed to build a cafe bike”