Rough Start: In The Mood For Some Gambling? This 1985 Renault Alliance Drop-Top Can Go Get Bashed! 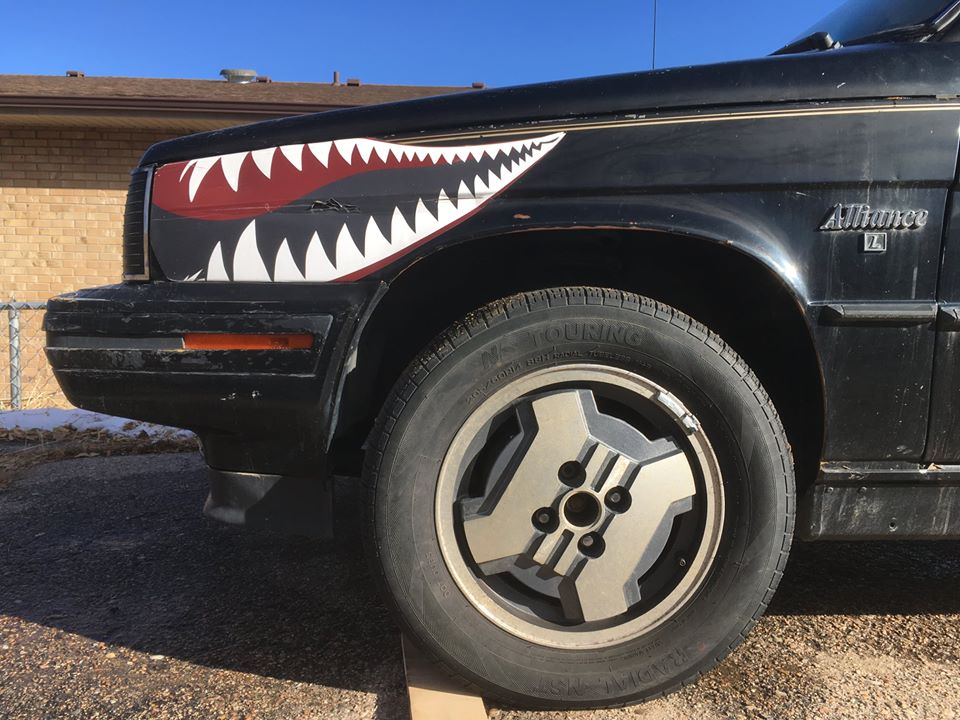 In 2009, Car and Driver came right out and said it: One of their choices for their top-10 best cars for 1983 was not a solid choice. It was a solid something alright, the kind you encounter about two days after heavy drinking and cheap pasta, but it was certainly not a vehicle worth praise. Which is a stunning development, because when the 1983 AMC/Renault Alliance appeared, it was loved. It was adored. Hell, every journo rag sang that car’s praises. It was Motor Trend’s Car of the Year for 1983. The car was the first product of the joint American Motors/Renault tie-up, a Renault 9 that got Americanized just a bit and sent out the door with a five year, 50,000 mile warranty. The Alliance might have seemed a perfect step forward for American Motors, whose Eagle lineup was the only remnant of the company that didn’t have JEEP emblazoned across it. AMC needed a new product desperately and Renault handed them a lemon like none other in response. Rust, electrical problems, all the power of a church mouse’s fart on tap…the Alliance is a punchline piece today and was the first thing Chrysler killed when they purchased AMC in 1987. Any Alliance that’s up and moving around in 2020 fits into only two categories: museum-perfect examples babied by those who have odder tastes in cars than I do, and those that are crying out for a mercy killing. This droptop falls into the latter category…just read the listing! 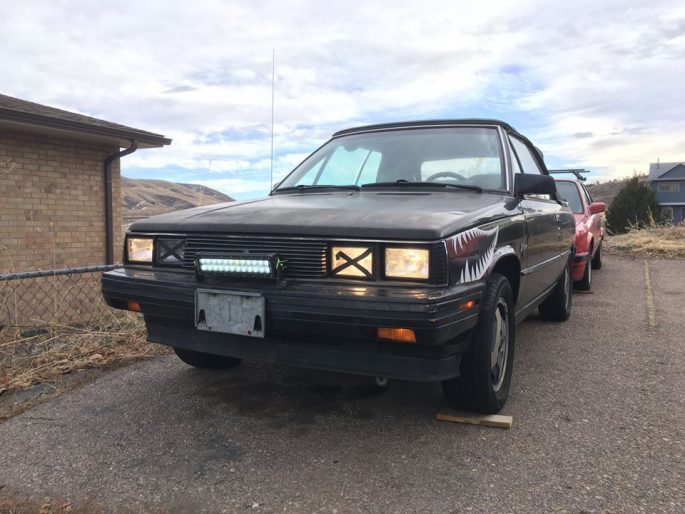 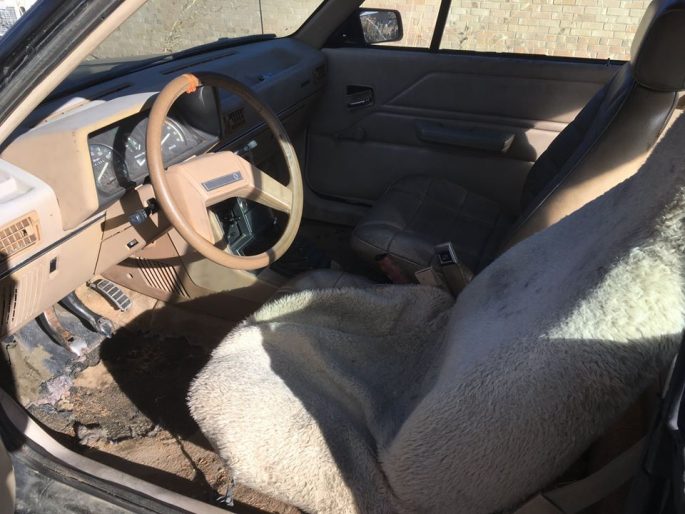 “If you think it looks like garbage, you should smell it. What we’ve got here is a 1985 Renault Alliance Convertible, but I like to call it the DILF-Mobile. Motor Trend named the Alliance the Car of the Year back in 1983. In 2009, they apologized. This particular example is an absolute gem. We’re talking 5-speed manual with an 8-ball shifter. We’re talking P-40 shark mouth sticker on the left front fender. We’re talking LED light bar (chyeah – it works). It has the 1.7-liter engine, so in the words of Wiz, “it’s the big boy – you know what I paid for it.” Somehow still runs and drives. The speedometer does not work, so I have no idea how many miles are on it. Engine mounts feel like they might be on their way out, but I’m not sure. I think there’s an extra motor mount in the backseats somewhere, along with a new clutch. Also a moldy-ass repair manual. 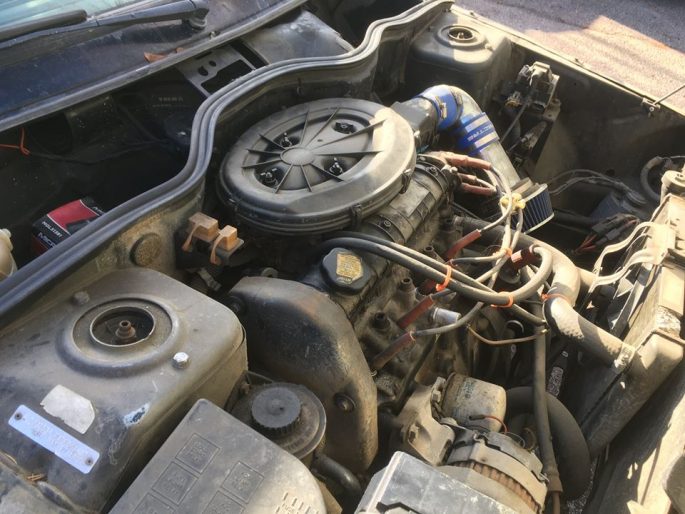 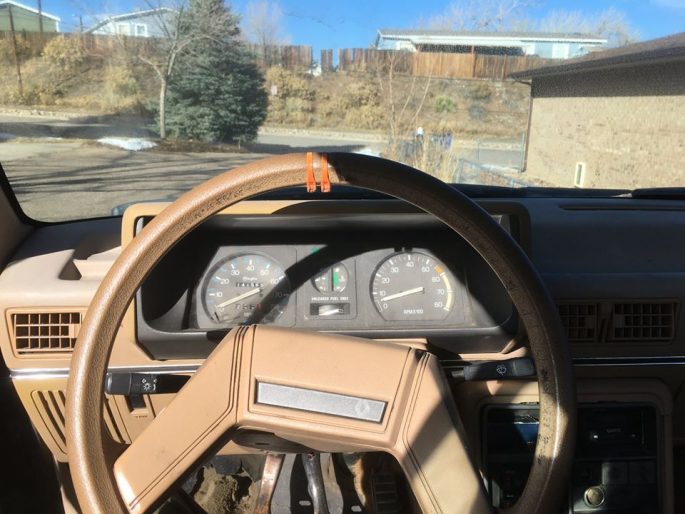 The suspension is like none other. It’s like a Rolls in the straights, so you can yeet over a speedbump and not even know it. But if you turn even the slightest bit, it feels like the tires are on the edge of de-beading. But if those wheels aren’t the freshest flying saucers you’ve ever seen, I’ll be damned. The motorized convertible top no longer works, but it still goes up/down manually. If you’ve never driven a car while standing up like the captain of a ship, I highly recommend it. The rear window shattered, but it was professionally fixed with mailing tape. Still stays waterproof. I think. I was gonna make the logical decision and turn this bad boi into a racecar, but then the engine fell out of my E30, so my priorities have shifted a bit. // No low ballers, I know what I got.”

If we don’t see a video of this thing being jumped for distance within a year, you have failed us. 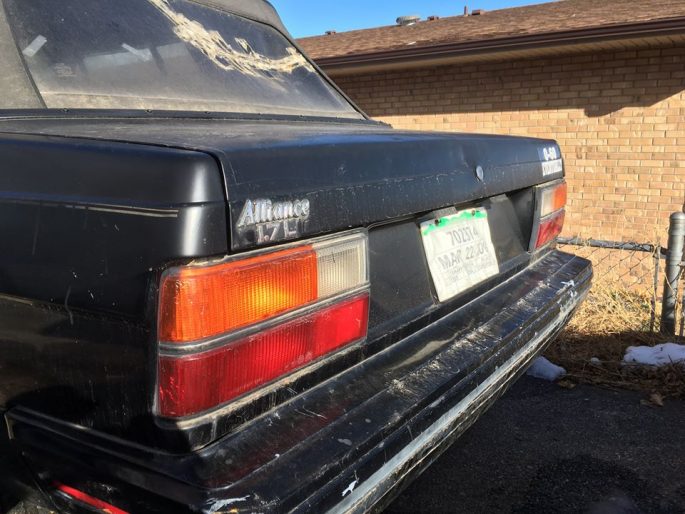 Hey Kids, Watch This! A Twin-Turbo Wheelstanding Short Bus For The Hell Of It! Wheels Up Sportsman Photo Coverage From The NHRA Winternationals Is Right Here!

One thought on “Rough Start: In The Mood For Some Gambling? This 1985 Renault Alliance Drop-Top Can Go Get Bashed!”