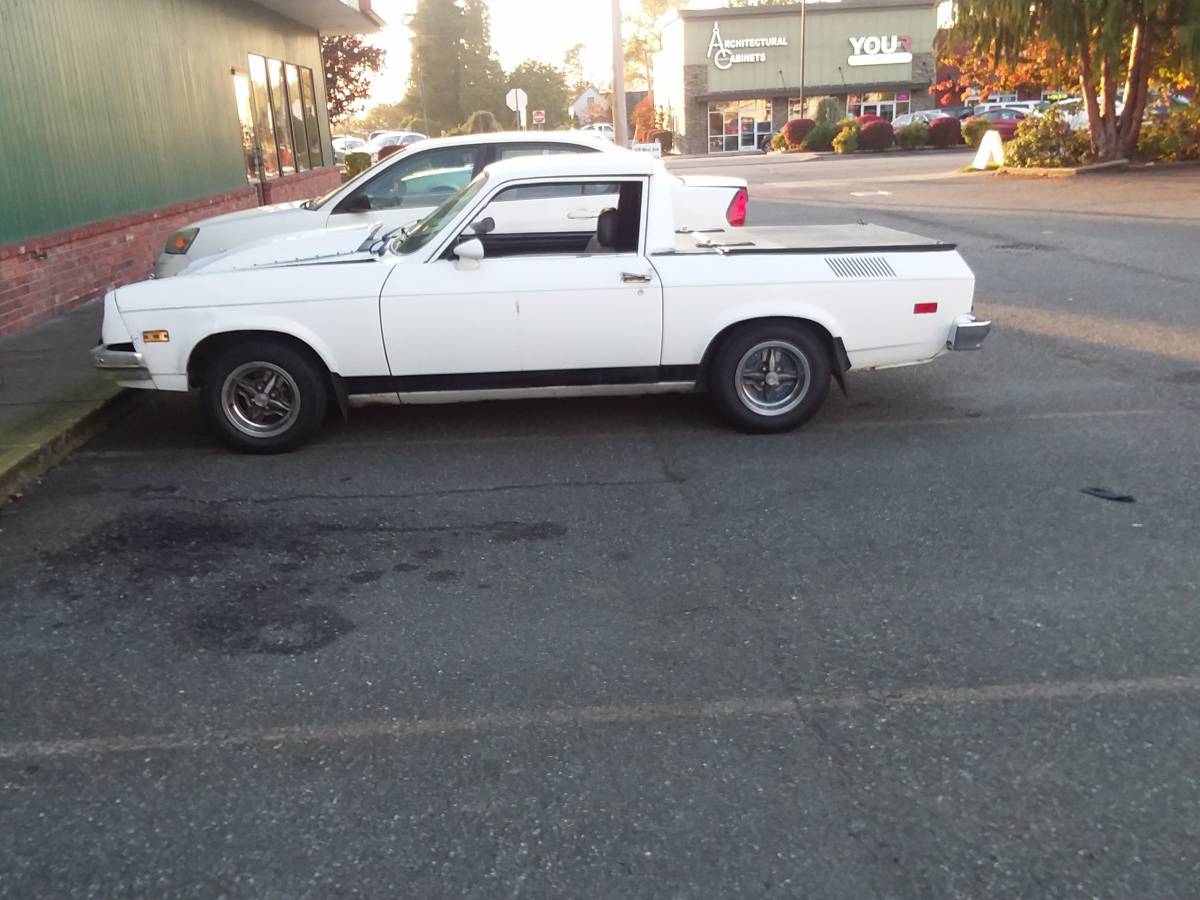 I’ve made no bones about my disdain over how big trucks have gotten over the last twenty years. It makes me irritable to think that the V6-powered Chevrolet Colorado I looked at yesterday is about the same size as a square-body C10 and how even the smallest Silverado looks and feels like a battleship by comparison. I miss useful small trucks like the S-1o, and didn’t mind the really small trucks like the LUV. But could there be a smaller market? There is one in Brazil, where the GM T-car platform…you know, the Chevette…got a ute variant known as the Chevy 500. Tiny car turned compact truck, it had a 1,100 pound payload and made the most use out of 70 horsepower. Could a micro-truck have made it in the States? Probably not…the LUV and trucks of it’s size were only useful when there was a gas crisis on. Once the crisis was over, the buying public moved on. 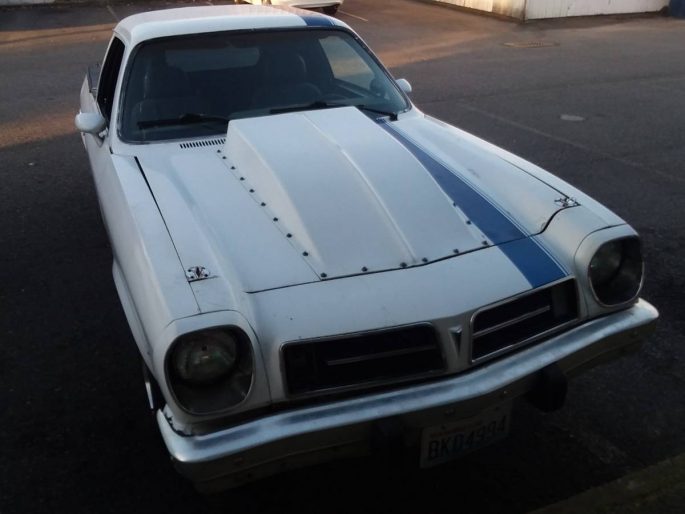 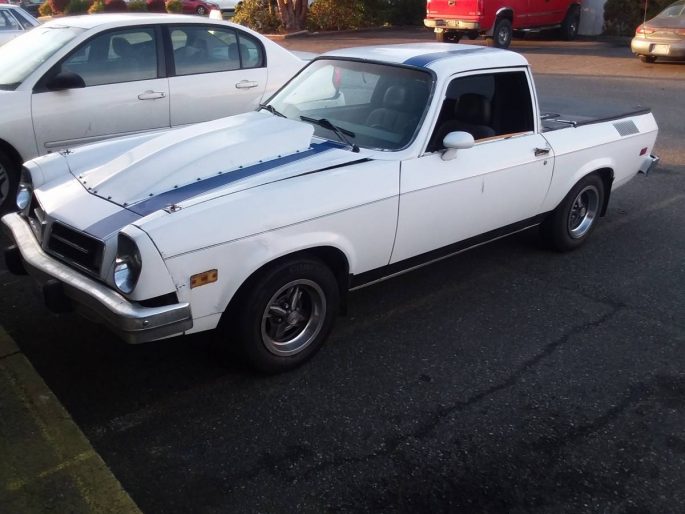 Except for whoever was responsible for this. The car is a 1979 Pontiac Sunbird wagon, which was a carryover Astre rebranded for 1978. It then met the chopsaw and the result is what you see here: micro-ute, complete with louvered rear quarters and four-spoked wheels that scream “1970s cheap car”. It’s running a 3.8L V6 and a five-speed of some kind…probably the factory option Borg-Warner box. The cab is actually finished off nicely and the tonneau cover is a flip-up setup with pins…nice and neat. Our only criticism is the hood scoop, which would hit the scrap pile as soon as we drilled out the pop rivets holding it in place.

$1,800 seems low if it runs and drives. Expect work, but completed this could be a neat little shop rig. 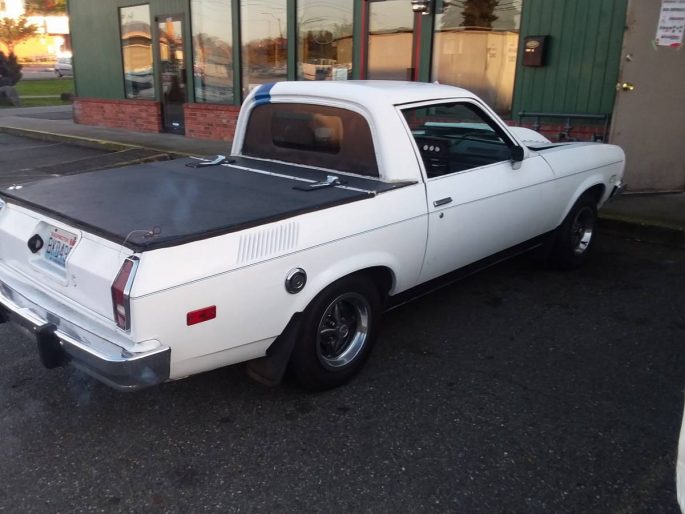