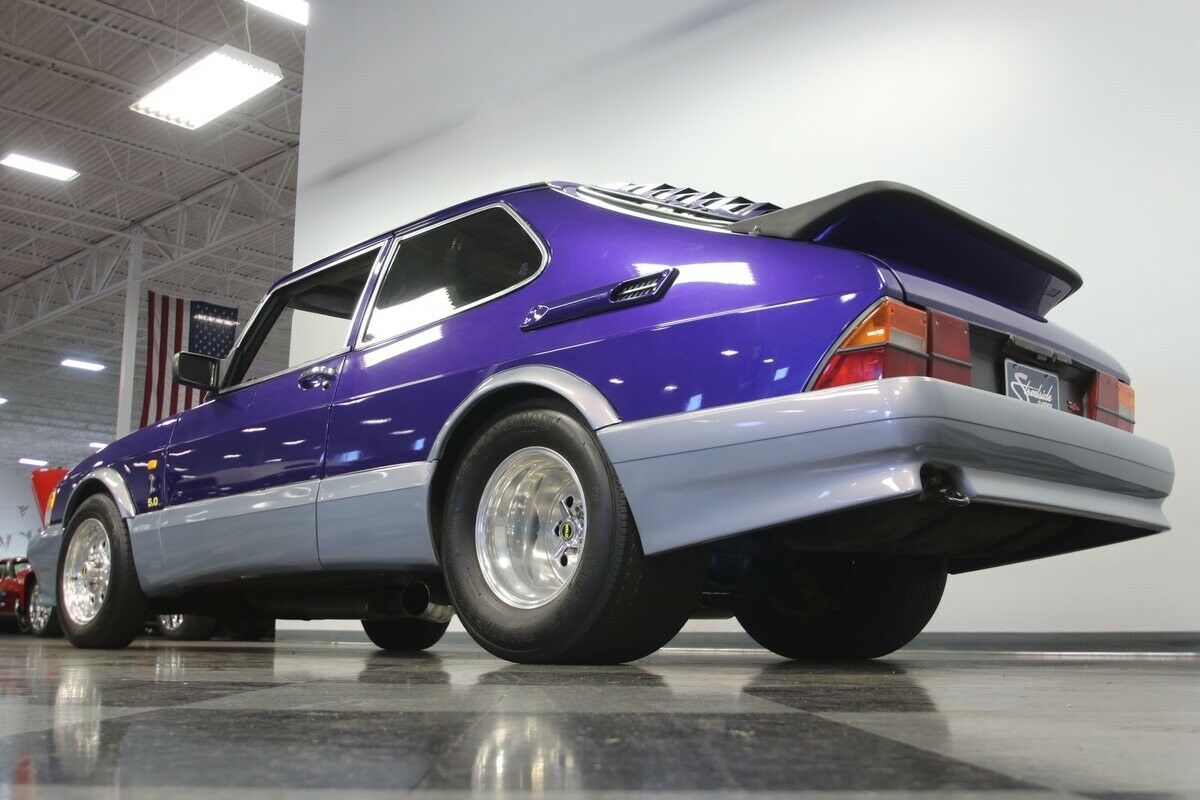 A few days ago, David Freiburger made a purchase that rang some bells with quite a large audience. Have you seen it yet? Here’s some hints: 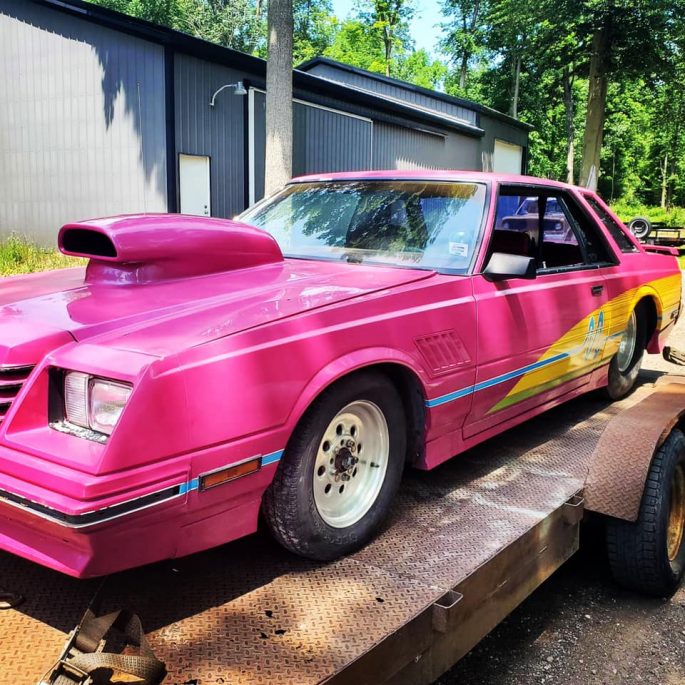 Once you’ve gotten every last dirty joke out of your head, you can take solace in that he found a 1980 Dodge Mirada. Yeah, he bought one, that is hot-freaking-pink with teal stripes and a splash of yellow. From the snorkel scoop to the Trans Am rear spoiler bolted to the trunklid, his car is like hitting rewind to the days of Ocean Pacific sunglasses, pump-up LA Gear sneakers, spiked hair and Beastie Boys. I’m sure part of this purchase is to re-live the “Pro Street” era that was big back in the late 1980s and early 1990s, but to my eyes, this is a combination of a good and bad idea into one: “Dare to be Different” meets “Pro Fairground”.

Let me explain: the “Dare to be Different” concept is a great idea. Take a vehicle most people wouldn’t want to do, and do it in a way that rules all. Especially during the Pro Street era, this was a good thing, because builders looked at the uninspiring, gutless rides Detroit was cranking out like aspirin and were turning them into rowdy machines. (For examples, check out this 1987 Chrysler LeBaron, this 1986 Pontiac Grand Am, and even this 1978 Ford Granada.) But then you have “Pro Fairground”…and this isn’t good. This is where people would build a car that had the fat tires, had the scoop, had the stance and the ungodly expensive paint jobs, but the damn thing would putz around DuQuoin or whatever show, then putz back onto the trailer for the ride home.

Pro Street isn’t my idea of a great build, because it leaves the car with one purpose: straight-line speed. I don’t need or want a thousand horsepower and 33-inch Mickey Thompsons to drop jaws in traffic. A mild small-block that sounds pissed will do that job just fine. So I went pawing through eBay to see if I could find something under “Pro Street” that would actually be more up my alley, and came up with this 1987 Saab 900. I remember these things well…growing up in a snootier part of Colorado Springs, our neighborhood was a mix of these, E30-era BMWs, and upper-crust Chrysler products (seriously, at least four Fifth Avenues and New Yorkers in one neighborhood block). The Saab’s funky styling stood out because…well, because Swedish weirdness to a kid. But what is weird to one is an art canvas to another. Or maybe there was a wrecked Mustang and a Saab that had an interior fire. Either way, this purple monster is more-or-less a Fox Mustang, from the 5.0L and T-5 to almost all of the interior. Shame, there isn’t a centrally-mounted key! 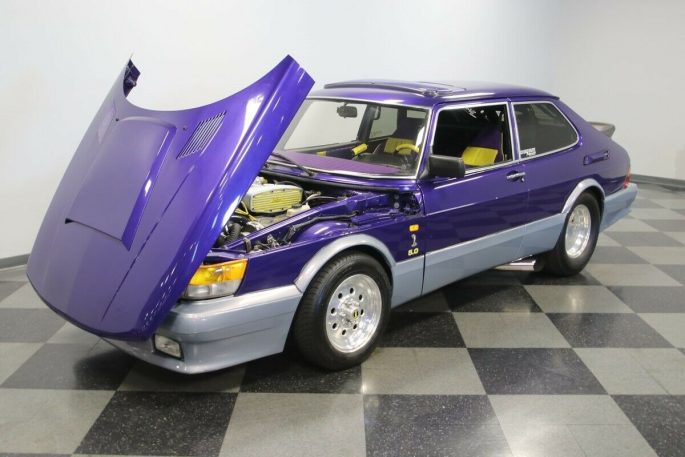 All things equal…I think I’ll stick with the current fleet at BangShift Mid-West, thank you. Something “loud and purple” or “long and hot pink” is not how I want to describe my latest vehicle acquisition, thank you kindly. 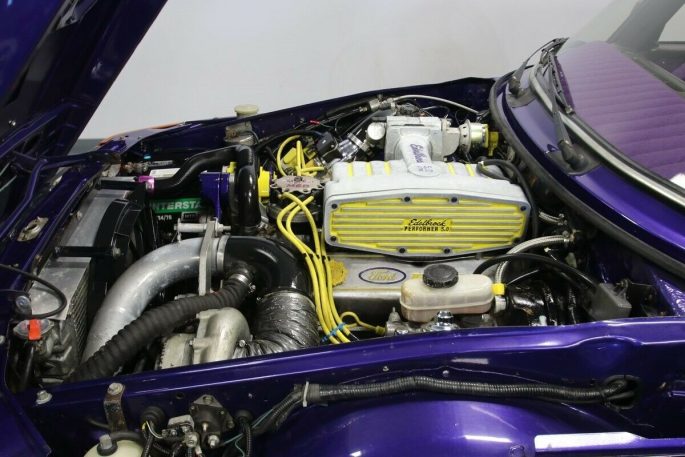 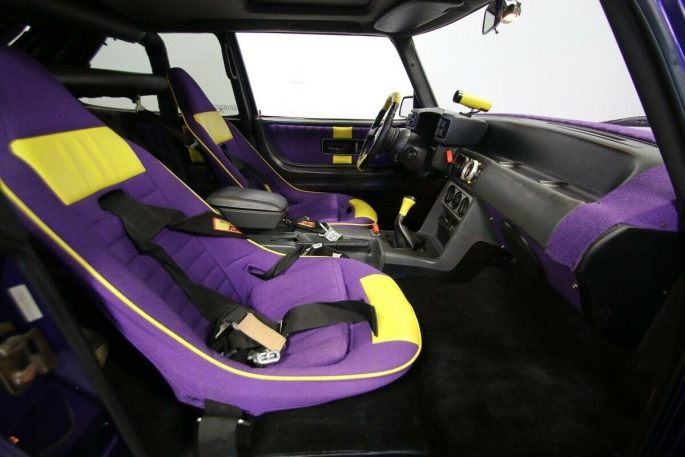 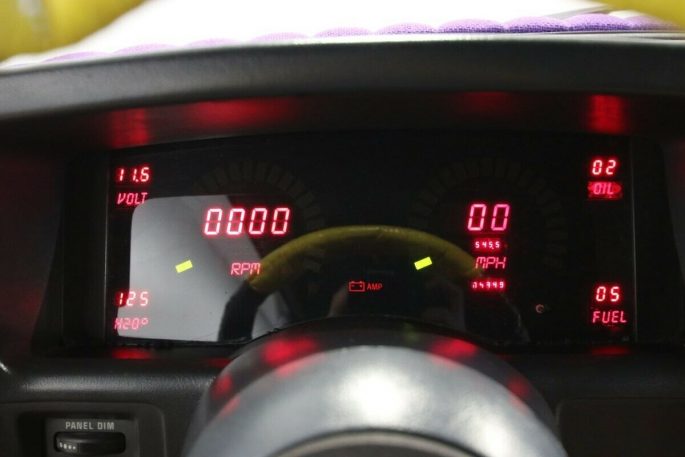 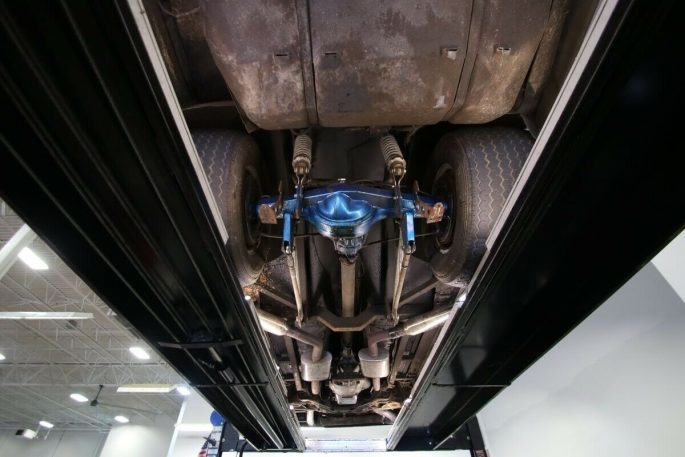