eBay Find: A 1977 Oldsmobile 442 That Was Trying To Keep The Muscle Spirit Alive 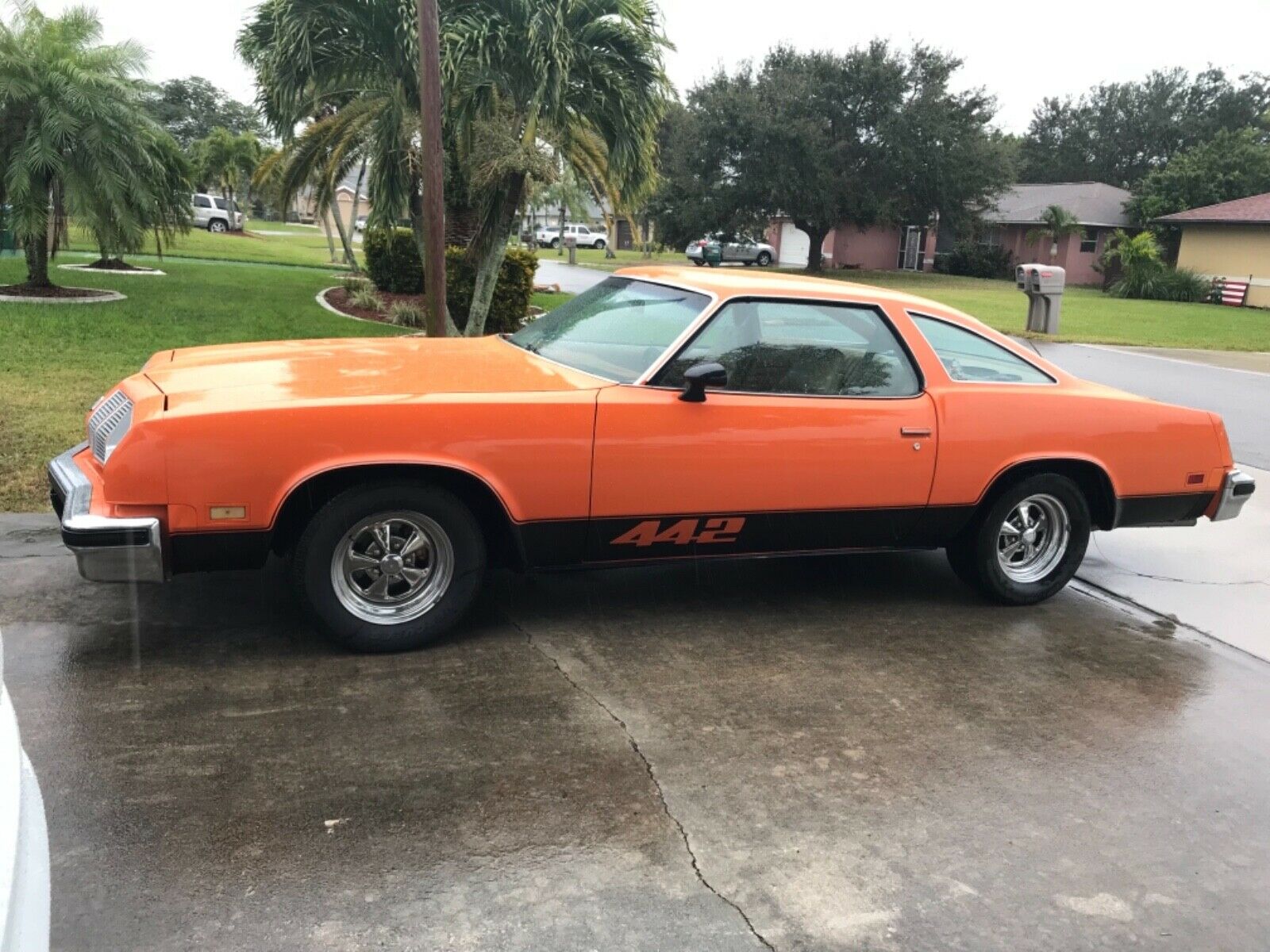 After two years of holding the crown of being the best-selling car in the United States, the Oldsmobile Cutlass and it’s many different trim forms had to settle for second place. The downsized Chevrolet Impala and Caprice stole the show when they emerged from GM’s downsizing program. Having a full-size car that was about the same size as the mid-size car in showrooms certainly left plenty of folks scratching their heads. But all you need to do is shrug, remember that this was the later 1970s, and you’ll be okay. Oldsmobile certainly didn’t have much to worry about…besides knowing that the downsized Cutlass was on it’s way, they knew that they could sell every Cutlass Supreme and 442 that they made easily 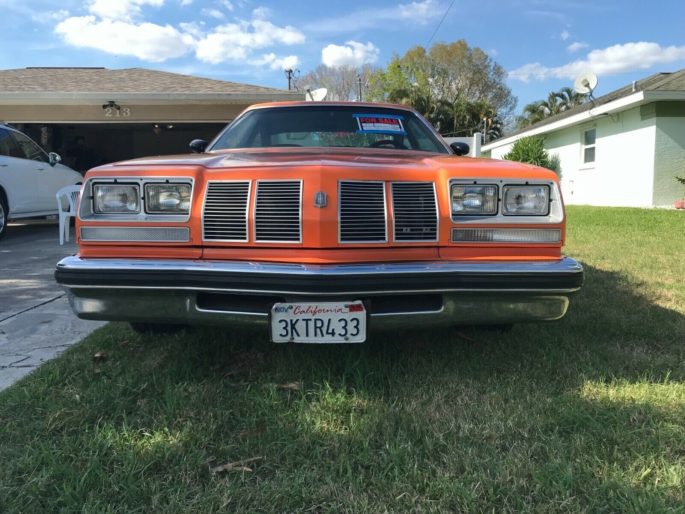 That the 442 itself was still around was a bigger surprise. The heavy hitter of the Oldsmobile lineup had started the Colonnade era strong, with the 455 and four-speed still intact, but by 1975, you could wind up with a six-cylinder 442, as the Chevrolet 250ci six became the base engine. But the answer came from the Southeast: NASCAR. For 1976, Cutlass S and 442 got a sloped nose specifically designed to make roundy-round racers happy, and for 442 that nose carried over. And the V8s lived on…the 455 didn’t survive after 1976, but the 403 V8 was proof that someone within Oldsmobile was making an attempt, and it wasn’t like the Rocket 350 was a bad mill either. The 260 V8 and the 231 Buick V6, not so much…fine for Cutlass, not so much for a vaunted nameplate like 442. 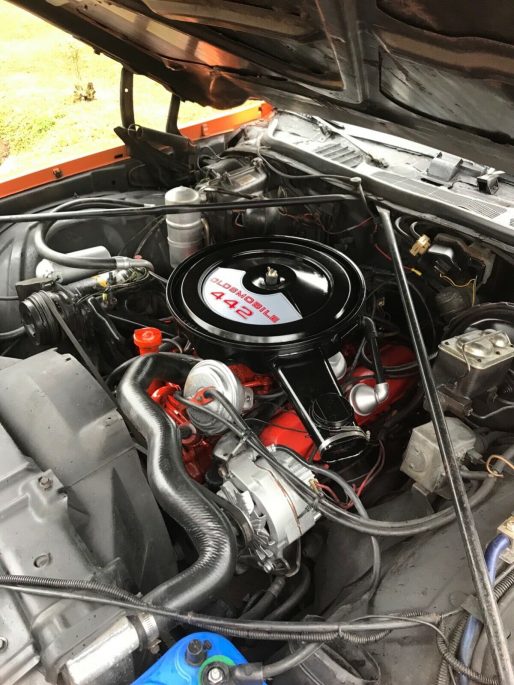 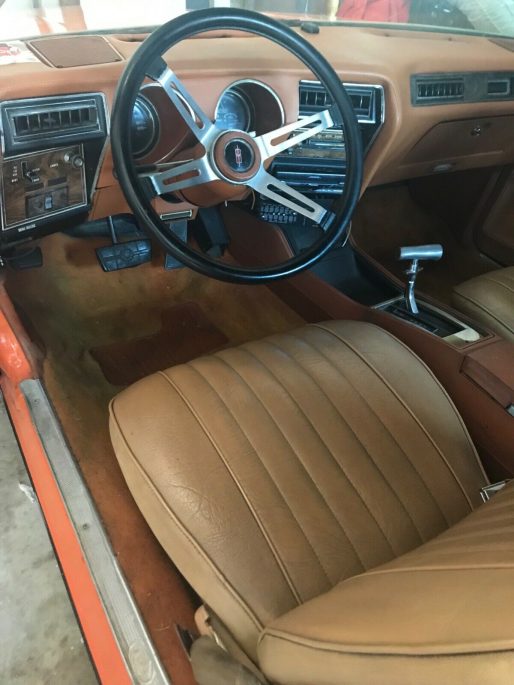 Overall, visuals were restrained: one body color, one big lower-body stripe and the “442” callout on the doors that had to be nearly two feet long (those are five-foot-long doors.) One 442 callout on the trunklid and the announcement was complete: you had Oldsmobile’s sportiest offering for 1977, the last of the big-body Cutlasses before the downsizing trend got to them. Painted in an attention-grabbing Mandarin Orange, sporting Cragars and a rebuilt 350, this 442 is an argument that not every single 1970s car sucked. Some could be decent, and this Olds is very decent. 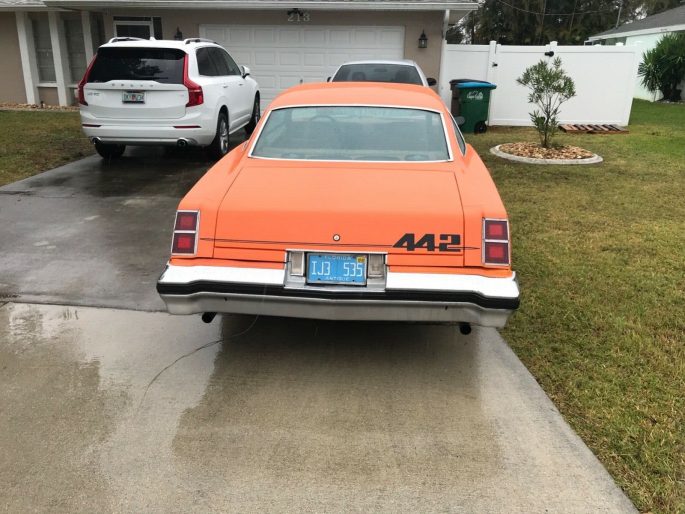 It's The Small, Hate-Filled Ones You Need To Worry About, Like This Mazdaspeed 3! This LS Swapped Jeep Wagoneer Is Off-Road Family Fun In A Plain Tan Wrapper...And We Love It

5 thoughts on “eBay Find: A 1977 Oldsmobile 442 That Was Trying To Keep The Muscle Spirit Alive”