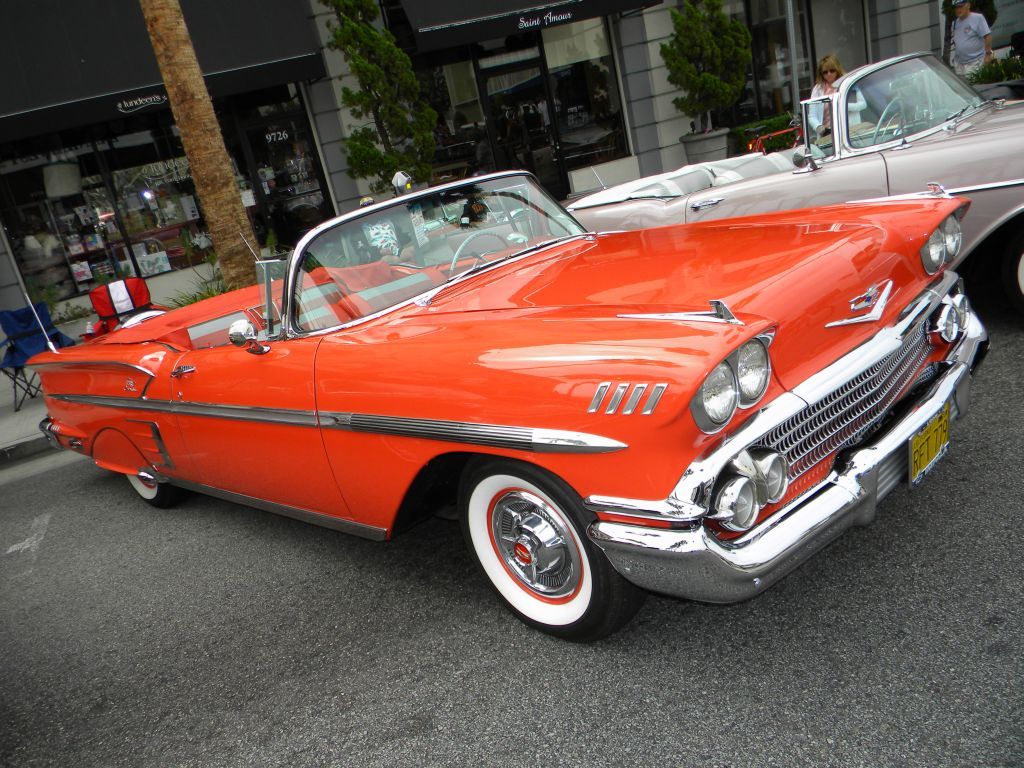 The 9th Annual Cruisin’ Back to the 50’s Car Show that is hosted by George Barris in downtown Culver City blew away last year’s by far with record number of show entries and the crowds that showed up. The show literally takes over Culver City’s historic streets just steps away from Sony Studios and Culver Studios. The whole little town gets involved including Culver City Fire Department cooking up hundreds of pancakes for charity.  The variety of vehicles that make to this show is incredible.  These are the reasons this show is one of our favorites. Well, those and it takes place just a few blocks from our SoCal man on the scene Scott Liggett’s home.
We told him to hoof it down the street with his camera and shoot pictures of some cars. Not only did he shoot the cars, but also trucks, motorbikes, bicycles, low riders, muscle cars, classics, and even a deuce and half named “Hannibal 8”. Additionally, because this show takes place so close to Hollywood, celebs are known to be walking in the throngs of show goers. Even ventriloquist Jeff Dunham and Peanut hit the stage for a set. Since this show is hosted by George Barris, the Batmobile made an appearance along with caped crusader who wheeled it on TV.
Check out the link below to see the more than 200 pictures of the show.
Car Show Gallery: 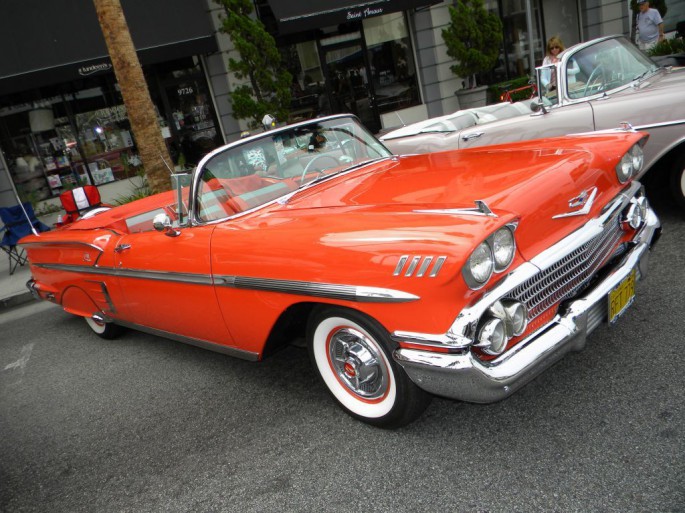 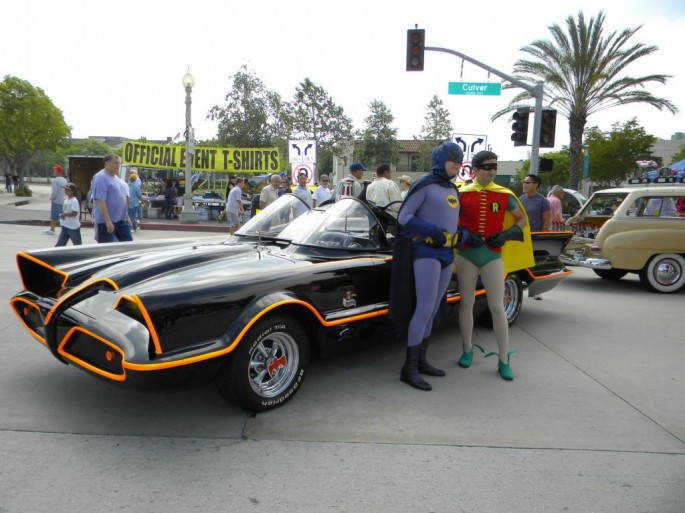 Caption This Photo: Look at this Mess, What the Hell is Wrong With Dad? RacingJunk Find: A Laid Out 1968 Impala Wagon That We Want Badly!

One thought on “Car Show Coverage: The 9th Annual Cruisin’ Back to the 50’s Car Show – Culver City, California”