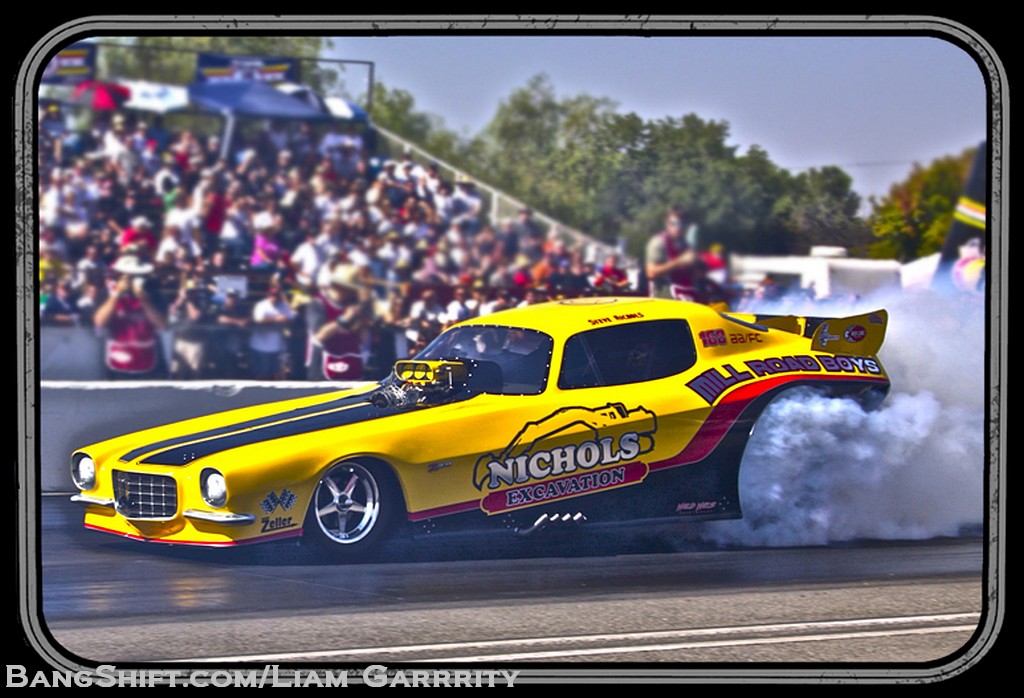 (Photos by Liam Garrity) – Just when you thought it was safe to go outside, we’re back with another load of cool photos from the 2012 NHRA California Hot Rod Reunion. These photos were taken by Liam Garrity and it was also Liam who put the artistic touches on them to give them the old school flavor that we dig. This gallery has funny cars, dragsters, altereds, door slammers, Cacklefest action, and even a couple of shots including back up babes. What’s better than that? Not much, that’s what!

The 2012 NHRA California Hot Rod Reunion was a huge weekend in Bakersfield and right here on BangShift as we had a massive world wide audience glued to their computers all weekend as we streamed the action live and free. Hit the link below to check out a load of great photos from Liam with a unique touch you’re not going to find anywhere else. 100% BangShift approved! 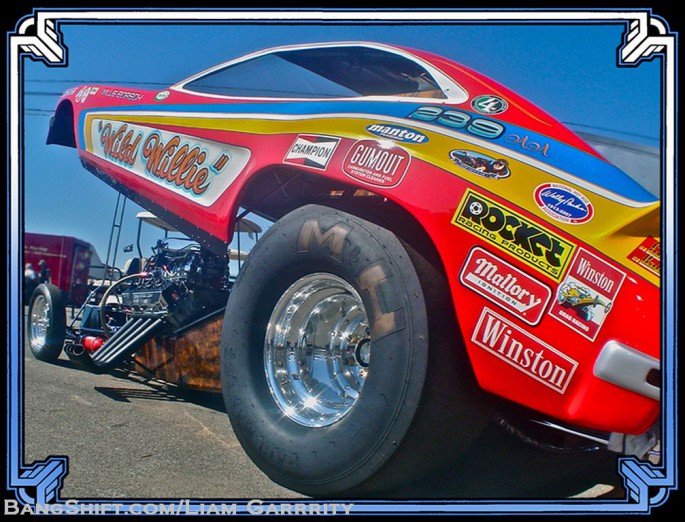 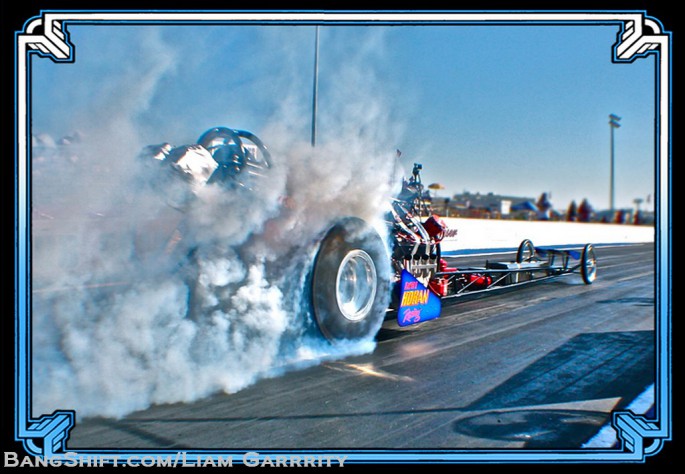 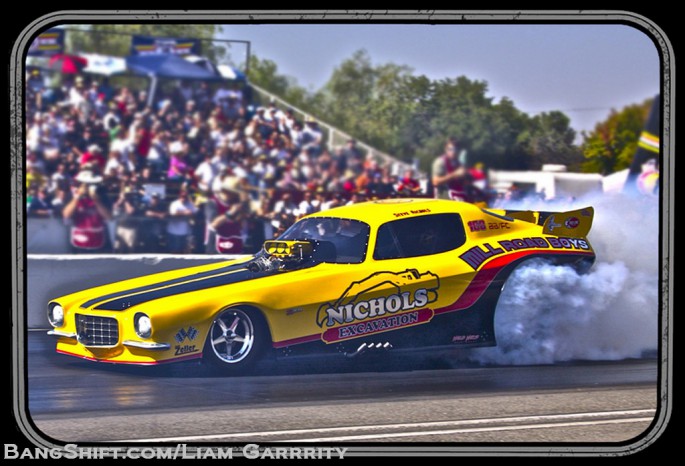 Test Your Gearhead Knowledge: International Edition and Last Friday's Answer Nitrous Explosion Video: This Is Definitely The Highest We Have Ever Seen A Hood Scoop Launched

One thought on “Drag Gallery: A Retro-Cool Collection Of Photos From The 2012 NHRA California Hot Rod Reunion”