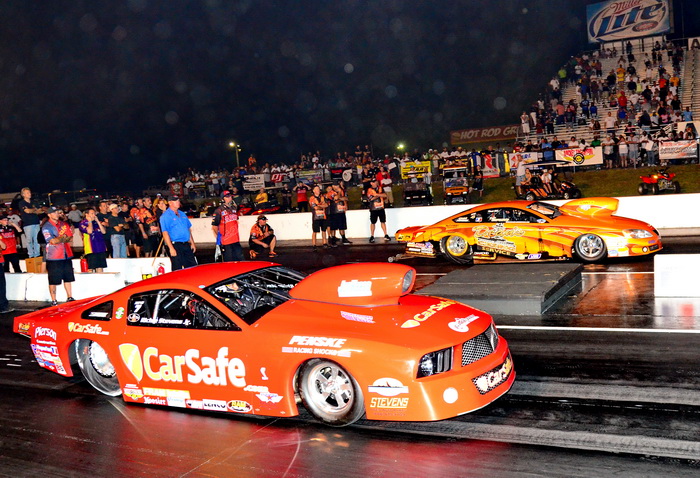 Okay, so maybe referring to the Richie Stevens Jr. driven Car Safe ADRL Extreme Pro Stock Mustang as BangShift sponsored is a stretch, but the gang does run the BangShift logo out back right by the business end of the big Hoosier tires. That’s good enough for us! Richie just won in Richmond for the second time in ADRL, and is the only Pro Stock driver to win in ADRL, IHRA and NHRA competition. He’s no stranger to driving, tuning, or coaching, and is one of the elite first grads of NHRA’s Jr. Dragster series.

Getting better with each round at the U.S. Drags V, Richie ran his best lap in the final round with a 4.091 @ 176.33mph to beat Dean Goforth’s  4.166 @ 168.96 in his Pontiac GXP. The win gives Richie the points lead by 80 points over Cary Goforth in Extreme Pro Stock, and puts him in a great position going into the last 5 events of the year. With performances like this, they COULD…GO…ALL…THE…WAY…so to speak. 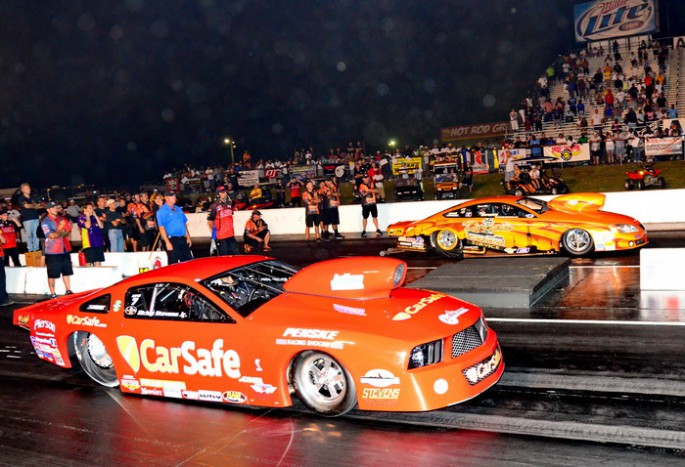 And although we don’t see Richie racing on the NHRA circuit much these days, he’s still around the track with fiance Erica Enders, and her crew chief Dave Connelly. The three make up a very impressive group of young bright stars in NHRA drag racing.

We’ve got some cool photos of the team car below, and are working on getting Richie on the phone for an interview here in the next couple weeks. He’s an interesting cat, that we have talked to in the past, and who has had a pretty exciting life in the last two decades since starting to drive Jr. Dragsters.

Check out the BangShift decal behind the rear tire in this one. It makes us happy. 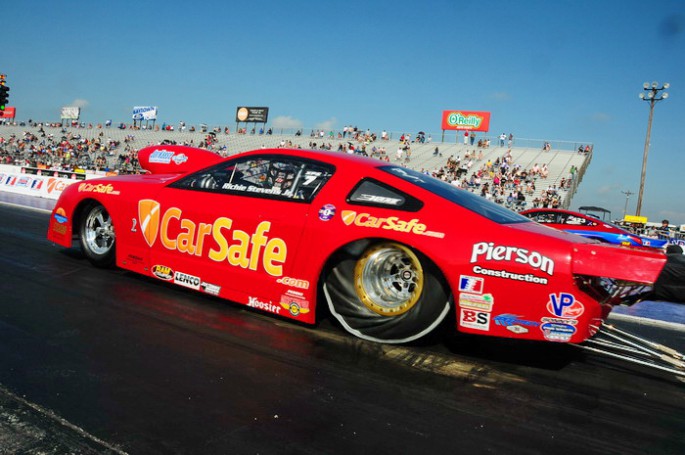 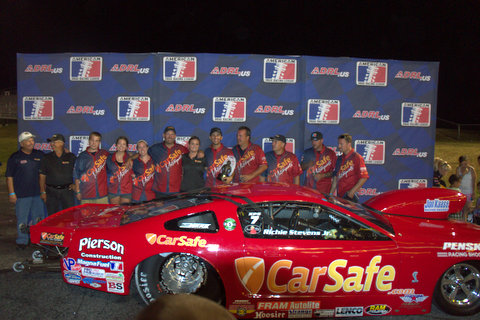 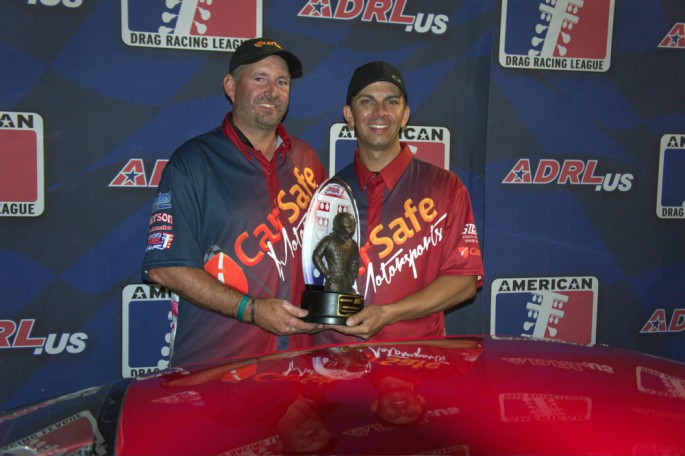 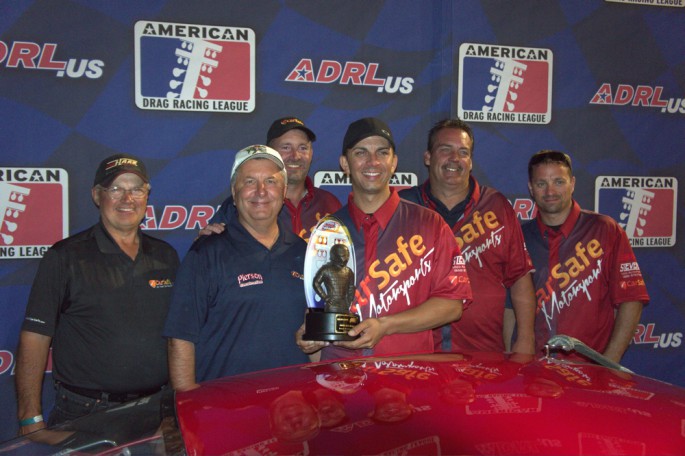