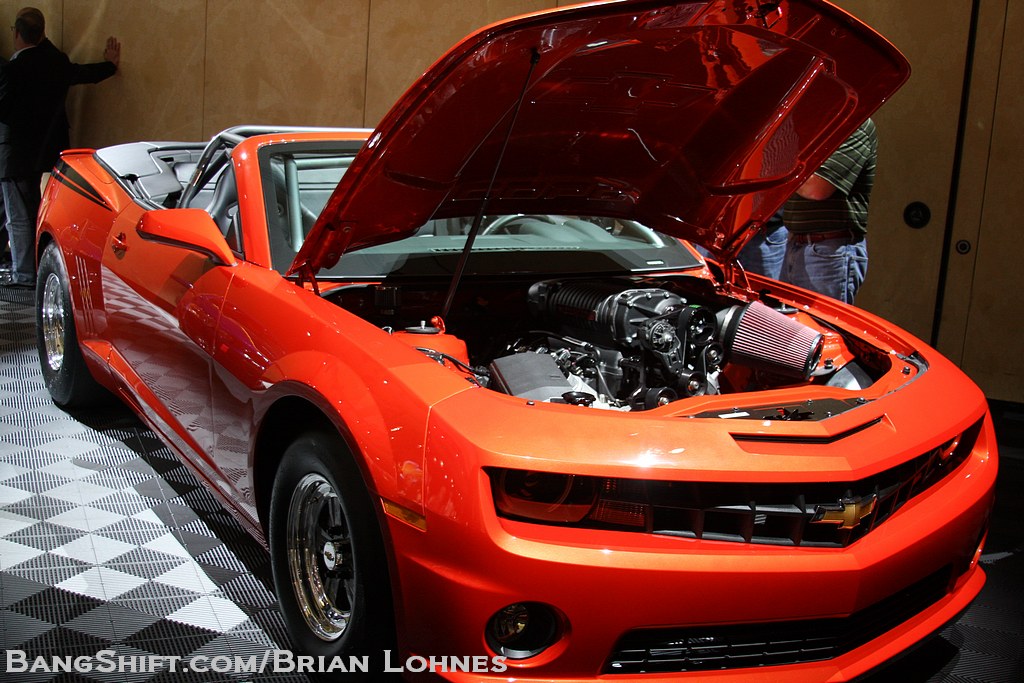 Chevrolet rolled out some cool stuff at a private party last night and they made the epic mistake of inviting us to the deal! At this event we got to drool on several cool new BangShifty Chevrolets. The coolest of the lot was COPO Camaro #69. Remember that Chevrolet is producing 69 COPO Camaros this year and this is the last one of the line. The awesome part? It is a convertible! The car will be auctioned at the Barrett Jackson auction this winter. Who else thinks that Rick Hendrick thinks will own this thing? After all, it is the only 2012 COPO in existence. This thing will bring HUGE coin at the auction.

Other than COPO #69, the Tony Stewart Camaro was cool and The Guy Fieri Corvette was just weird enough to believe that Guy Fieri had a hand in designing it. There were two Hot Wheels Camaros on display as well. The 2013 model and the first gen on display shared the same awesome hue of blue but the first gen had Hot Wheels correct zoomie style headers that are easily activated by electric cutouts. There’s a bunch of cool stuff in this gallery, hit the link below to see it all. 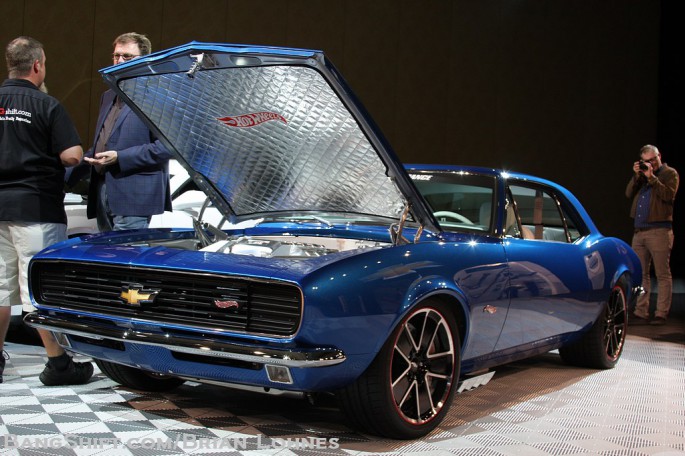 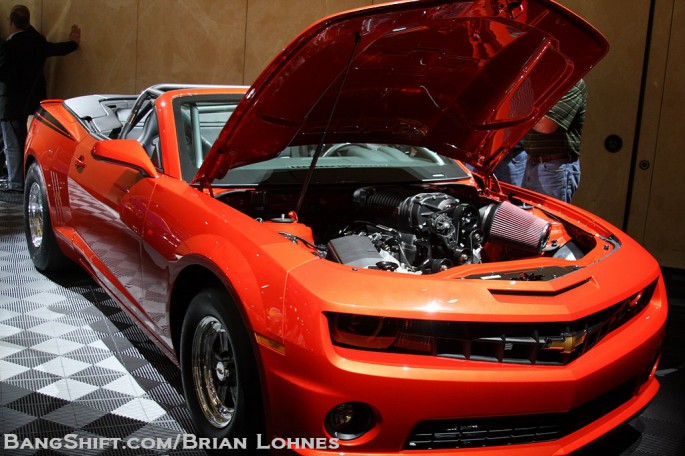