Unhinged: A Final Look Back At The 2019 Danchuk Tri-Five Nationals 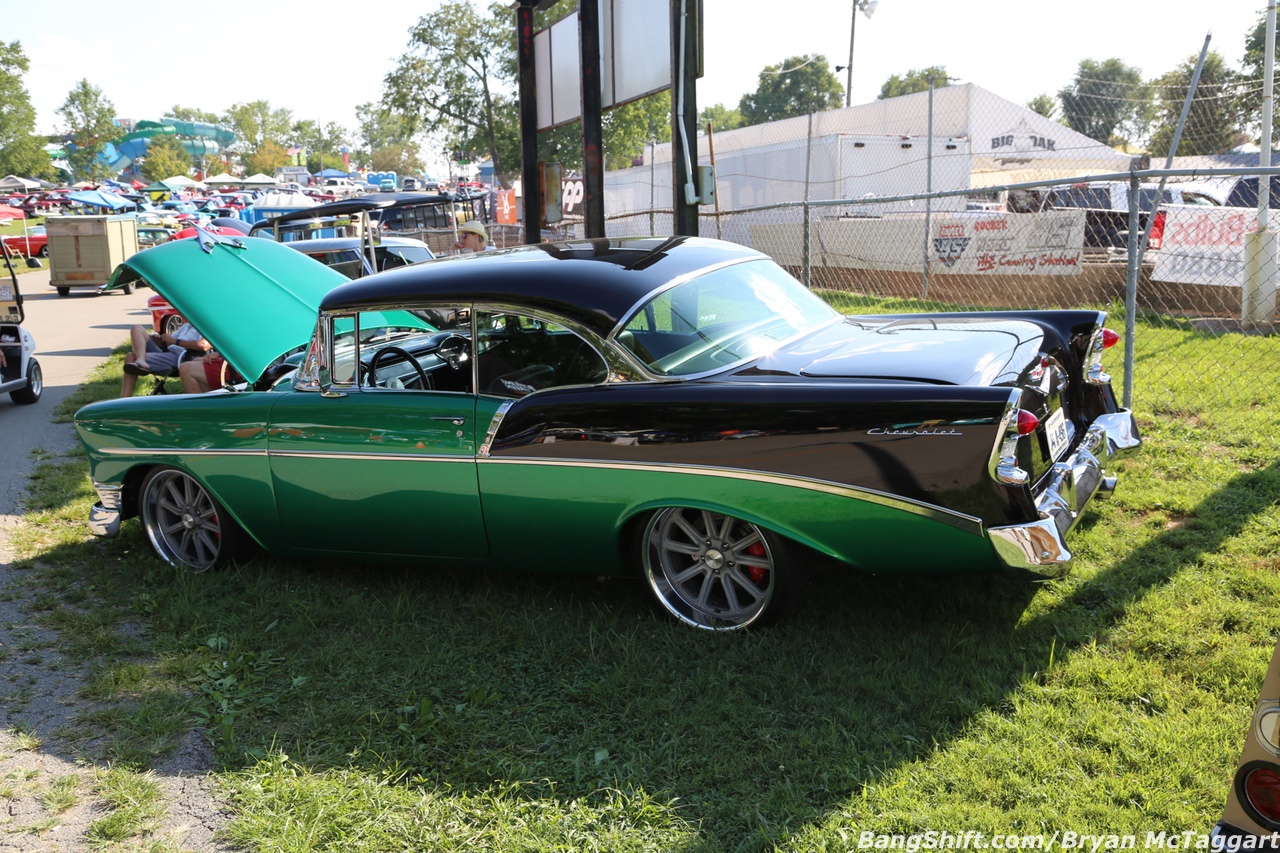 Covering the Danchuk Tri-Five Nationals is both a treat and a curse for me. The treat part is that I get to show you some of the best examples of the breed of Chevrolet that many, gearheads and otherwise, have placed on a pedestal as a legendary design, a nostalgic look into the past, and one of the ultimate canvases of metal in which to work. Like I’ve been telling you for a week now, you will see just about every kind of variation there can be on the grounds. You’ll see people who have owned the cars for decades or are the latest owner of a one-family special; you’ll meet the individual who spent countless hours, dollars and energy units bringing one back from the dead; you’ll see young and old alike enjoying these machines in a way that few other shows really capture. This is the kind of place where a young guy in his twenties will square off on the starting line against a gentlemen in his seventies and their driving styles will mesh perfectly: go hard the moment the lights drop and don’t stop until you cross the finish line. That part is fun for me to show you. 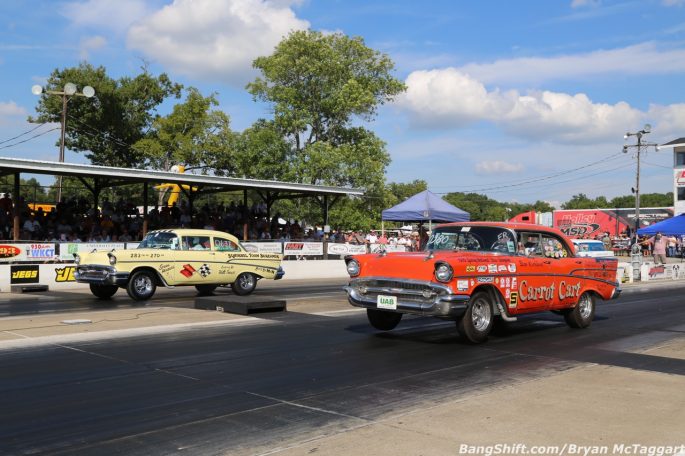 The curse, you might be asking? It’s easy. Ever since the curtains and window blockings were removed in the fall of 1954 to showcase the new design, many, many writers who can easily make me look like a cut-rate punk have poured all sorts of ink over these cars. The styling has been picked apart, the engines studied over and over again, the history documented, the visceral thrill of them in action conveyed. It’s difficult to truly try to top that…plus, with only three years’ worth of vehicles to deal with, there’s only so much you can say without repeating yourself over and over. It’s not like LS Fest, where it’s a free-for-all centered around one engine series, or something like the Mopar Nats, where it’s a myriad of models under the banner of a brand. All Chevrolet, all the same models, and if  you remove the trim line designations out of the equation, is the same car across the board. That makes for a very narrow vision, yet at the show it’s a very broad spectrum to enjoy. 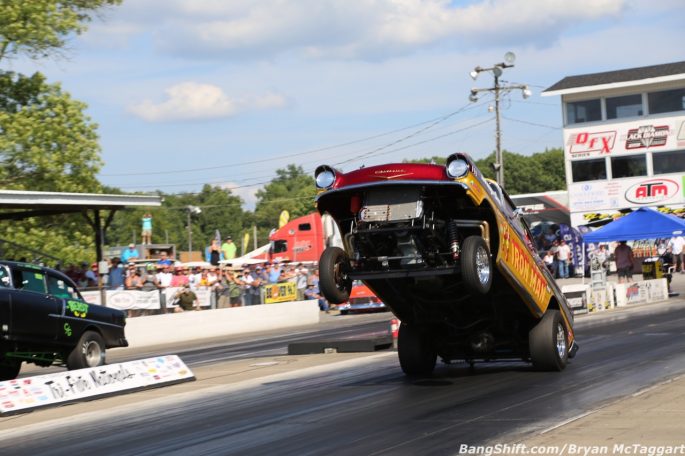 We always will suggest that you go see these shows in person. As much as we love the fact that you look to BangShift.com for coverage, nothing is going to replace the sights, the sounds or the smells of being there in person. But the Tri-Five Nationals makes another case for itself in this regard: Go see what you want out of this show. Thousands of 1955, 1956 and 1957 Chevrolets packed into the Beech Bend property and swarmed around Bowling Green like hornets and a nest. If you couldn’t find something you liked, be it a whole car or just a detail on one, you weren’t trying hard enough. There was no way I could shoot several thousand cars over the weekend without wearing myself out. And just about every car on the property was worth your time for one reason or another. Next year, come see it for yourself. You know what will roll through the gates. But you don’t know how the form you will appreciate the most will be presented to you until you see it in person. 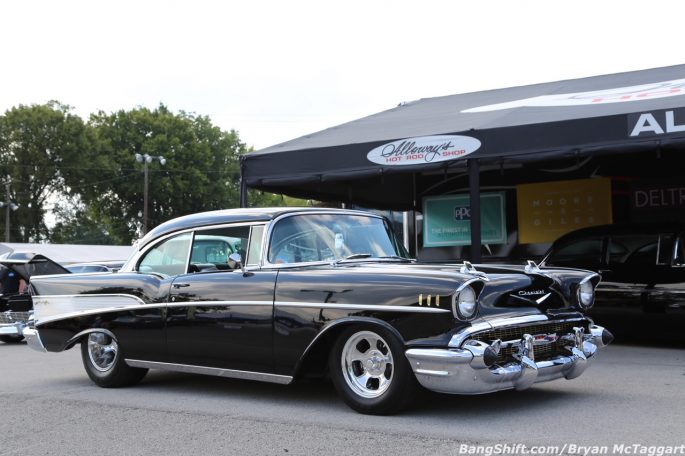 One thought on “Unhinged: A Final Look Back At The 2019 Danchuk Tri-Five Nationals”