The First Official Pictures of the New Mad Max Cars Unveiled. Semi-truck With A Whole Benz For A Cab? Yes Please! 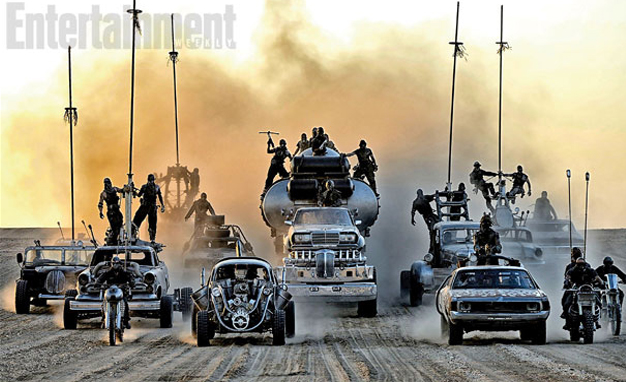 Official photos have surfaced of the vehicles used in Mad Max: Fury Road, and whoever is in charge of getting the vehicles together, congratulations are due because they do the same things that the vehicles from the first three installments did for us before: They are post-apocalyptic kitbashes that are on the lunatic fringe, they are absolutely horrifying to most people, and to the people who get it, they are badass in the highest order. Just look at them! 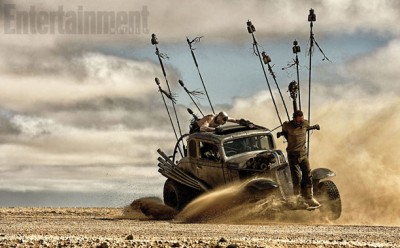 Not much is really known about them yet. From the pictures we’ve been able to find, the Benz/semi combination appears to be an American military frame, possibly a HET (Heavy Equipment Transporter) frame. Less known is the “porcupine truck”, though it too appears to be military based. The Ford Highboy/HMMWV combination is fairly interesting, and McTaggart was last seen scouring the Australian Craigslist, screaming something about a Valiant ute and shipping containers.

These are only a couple of the vehicles known. We’re salivating to see the rest. 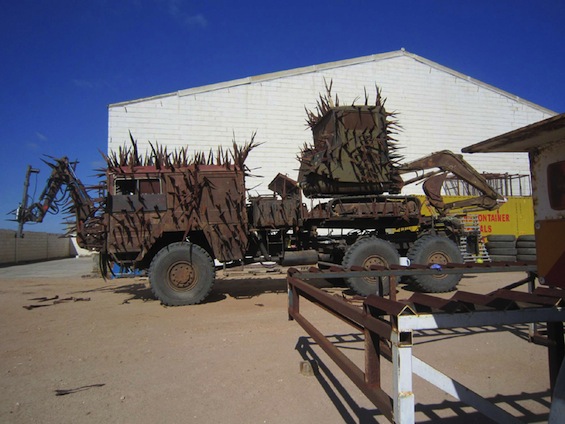 9 thoughts on “The First Official Pictures of the New Mad Max Cars Unveiled. Semi-truck With A Whole Benz For A Cab? Yes Please!”