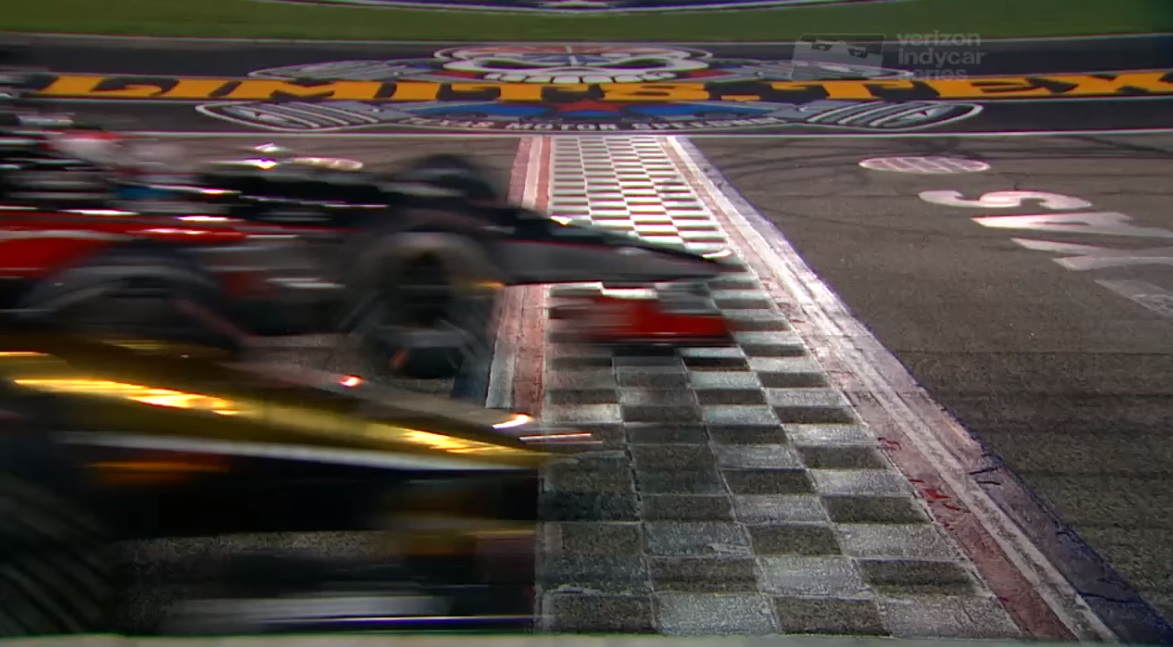 Earlier this year, IndyCar’s Firestone 600 at Texas Motor Speedway was interrupted by Josef Newgarden’s horrific cockpit-first crash into the wall. Newgarden suffered a broken clavicle and broken hand, but would later dominate the race at Iowa Speedway just weeks later. That Texas race was later suspended due to weather and reschedule for last weekend, August 27. The race seemed doomed, but the closing laps might have been the best IndyCar has seen in years. At more than 200 mph, five different cars were all jockeying for position, going three- and four-wide at various times around TMS’ 1.5-mile oval. When the checkered flag waved, Graham Rahal just nipped James Hinchcliffe by 0.008 second, or about the length of an IndyCar nose.

Rahal, who has had a challenging 2016 after a tremendous season last year, found himself in the Firestone 600’s final laps mostly running about fifth in a pack of cars that included Hinchcliffe, Tony Kanaan, Simon Pagenaud, and Helio Castroneves. Everybody seemed ready to take any of the grooves on offer around TMS, but Rahal ran the high line around the track for much of the closing laps. On the final lap, Hinchcliffe led and moved up the track to take away the high line from Rahal, who had picked up a draft. Having sold the dummy hard on previous laps, Rahal simply snatched away the low line to sail past Hinch. Hinchcliffe nearly came back at the finish line, but came up less than a yard short. The Canadian driver had led 188 of the 248 laps and was frustrated at his second-place finish. The only lap that Rahal led was the one that counted.