This Little Airplane Tug Is Weird, Cool, and It’s For Sale! 100% BangShift Approved! 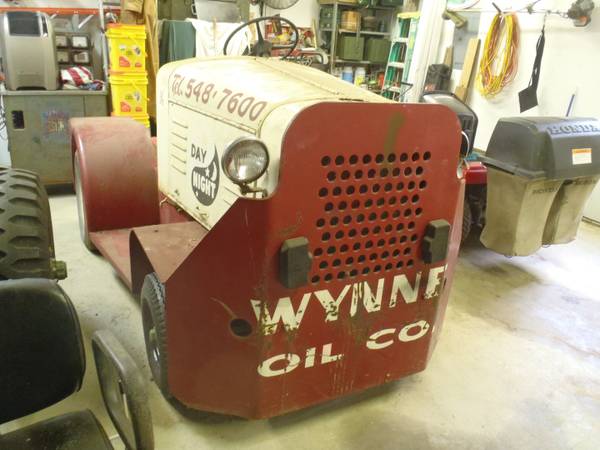 Ever go onto your local Craigslist and type in the word “Project” into the Vehicles for Sale section? If you haven’t done that, try it. It can lead you on an adventure into the world of cool stuff, terrible hacked tuner cars, and stuff that is just out there. Here, the term “Rat Rod” is synonymous with beater, and things can get real weird in a hurry. But every once in a while, you pull a real gem out of the pile of abandoned dreams, and this is one of those gems! This little guy is a Northwestern Motor Company Aircraft Tug dating from the Korean War/Early Vietnam War era. Here’s what the seller has to say in the ad:

LATE KOREA/ EARLY VIETNAM NORTHWESTERN MOTOR COMPANY AIRPLANE TUG FOR SALE. VERY GOOD ORIGINAL CONDITION WITH GREAT RUNNING DODGE FLATHEAD SIX CYLINDER. HAS ALL OF THE ORIGINAL PARTS WITH IT. HAS THE ORIGINAL SEAT NOT PICTURED. NEW TIRES ALREADY INSTALLED ON THE FRONT, THE REARS ARE IN GOOD CONDITION. GREAT EASY RESTORATION PROJECT FOR A MUSEUM PIECE OR PARADE USE.

Let’s have a closer look, shall we? 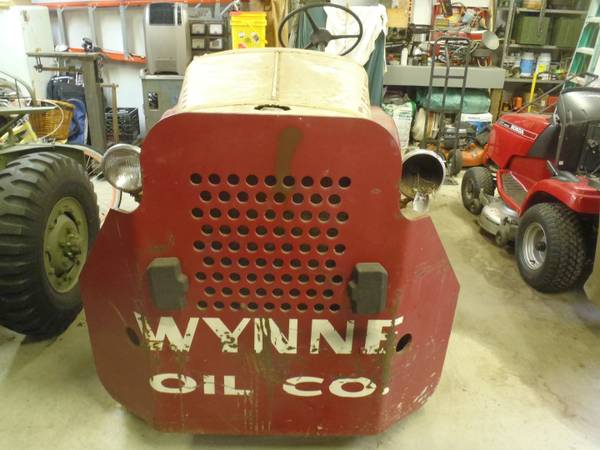 Aircraft tugs are used for all sorts of things on airport grounds: moving planes around, towing luggage carts, and even bring payload to military planes. They are basically an all-purpose tractor for airport use. Back when this was built, ones that looked like this were the standard. Tugs of today are a lot larger, but so are the planes and carts they are dragging and pushing around. It’s rare that you see them for sale outside of a government surplus auction. 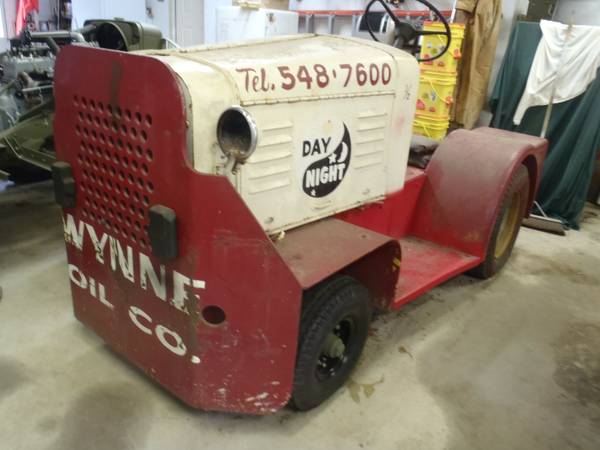 This particular tug was built by the Northwestern Motor Company, which is still around today. They specialize in building ground equipment for airports, and still offer a similar model tho this little guy, the Model 60 Tow Tractor. But this one is WAY cooler. It oozes that all important patina, and just has the right look. It appears to have been used at an oil company located on Cape Cod at some point in it’s life, but it was spared from the ravages of the tin worm. You know you want it. 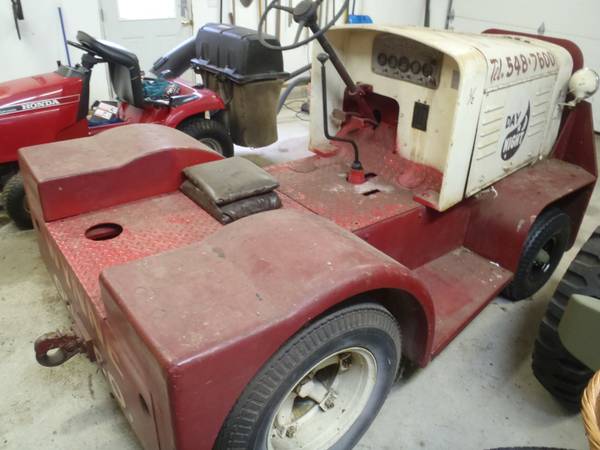 Do I spy three pedals? Why yes I do! I’m not sure what transmission is in it, but my research indicates that it’s a three speed unit. The moment I saw that, I started having thoughts of how stupidly awesome this thing would be with a more powerful drivetrain on board. The seller indicates that those little pads are not the seat, and that the seat frame is included with the sale. 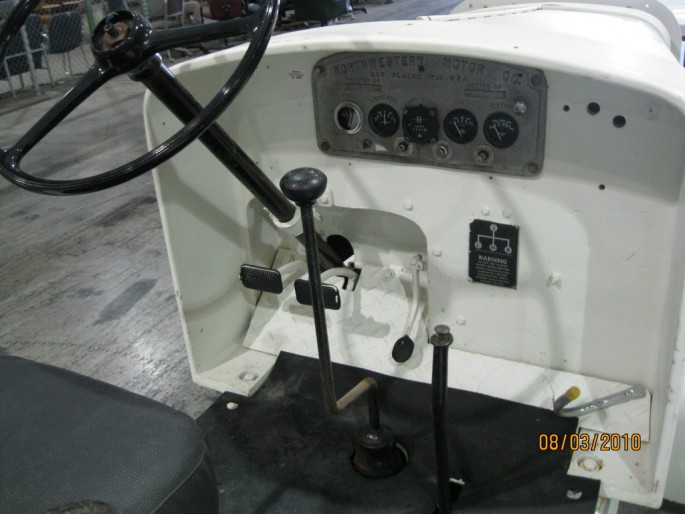 Clearly this is not the same one that’s for sale, but you can make out the hand brake, shift pattern and a rudimentary dash board in this pic. I think it looks good as-is. Keep it simple! 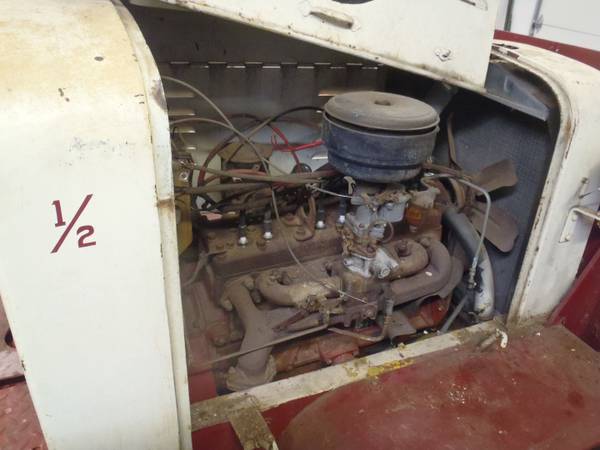 Under the hood of this little beast is a Chrysler flathead six, much like you would find in a 50’s Dodge truck. According to the seller, this one even runs! While cool in an agricultural sort of way, I would love to swap something better under there from that time period, like an early Hemi, or even ditch the hood and run one of the coolest named engines of all time: a Sonoramic Commando V8! I don’t think that crazy intake would fit under there.

Ok, so it’s cool, but what would you do with it? The seller states that it would be good for sitting in a museum or parade use, but in my twisted brain, I’m having other ideas. I see this thing as a platform to do all sorts of weird things, like building it into a “dare to be different” vintage street rod or a very strange autocross toy. Maybe you could go for a Land Speed class win in the aircraft tug class? Throw a bed on the back and build a Trug? I’ve only driven one in the video game Grand Theft Auto V when breaking into the airport, and the one in the game is a tail-happy drifter, so maybe build a Formula Drift or Gymkhana track rat out of it? The possibilities are endless.

What would you do with this strange-yet-cool piece of equipment? Tell us below!

Is Basic Better? This 1970 Chevrolet El Camino Is As Simple As It Got: Six-Cylinder, Three-On-The-Tree And Somehow Has Survived Just Fine! The Precious Metals Display At The Petersen Automotive Museum Is Pure Sexy In Silver

4 thoughts on “This Little Airplane Tug Is Weird, Cool, and It’s For Sale! 100% BangShift Approved!”