Dream Workhorse: This M-715 Dump Truck Needs To Be In Our Driveway Now! 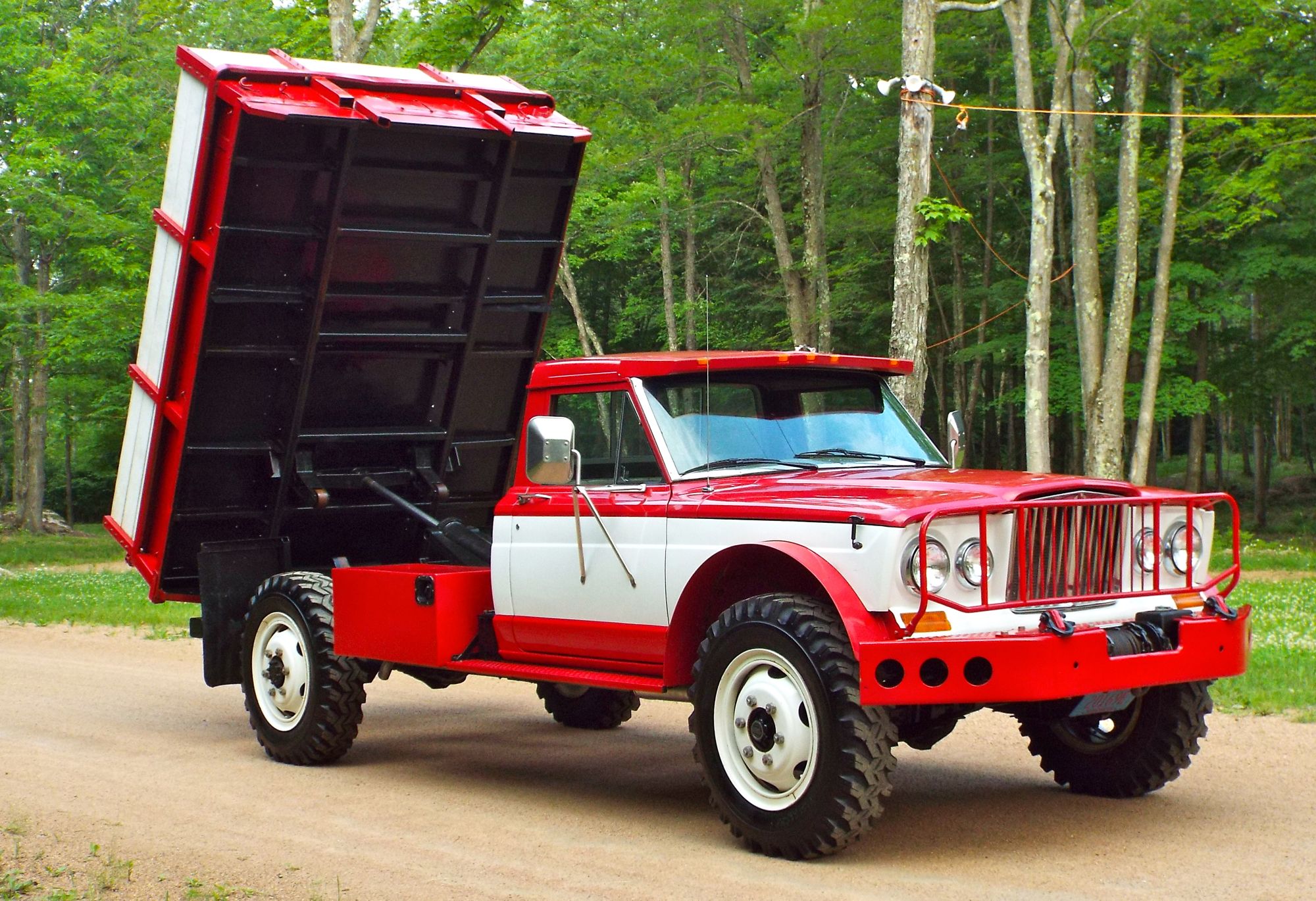 As I type, both Brian and Chad are out at Bonneville, doing their best impression of pretzels. Not the whole yoga-pose thing, just the fact that they are hot and covered in salt. Meanwhile, I’m sitting inside the office of BangShift Mid-West and the only salt I’ve seen is the dried-up sweat on my shirt as I’ve spent more time out on the Imperial, trying to finish it’s transition up from yard ornament to “that noisy f**king thing” that’s legal to drive around (nickname courtesy of the neighbors.) Am I bothered that I’m not at Bonneville? Only a little bit, since it’s been ten years since I last went. But that’s ok. Being at home presents opportunities to have some fun at my boss’s expense, and today is certainly a great day to start. 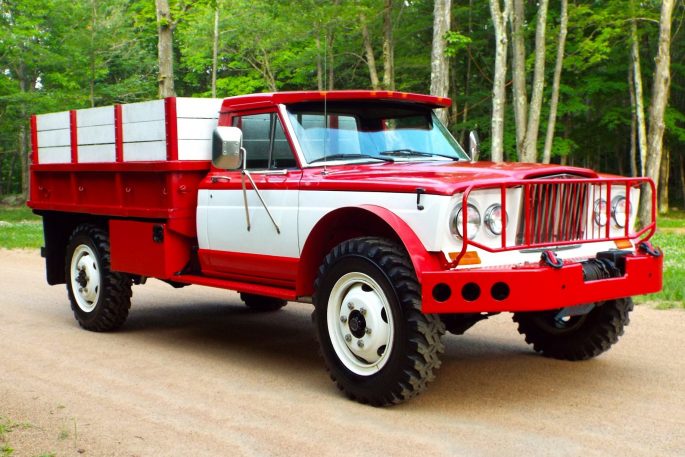 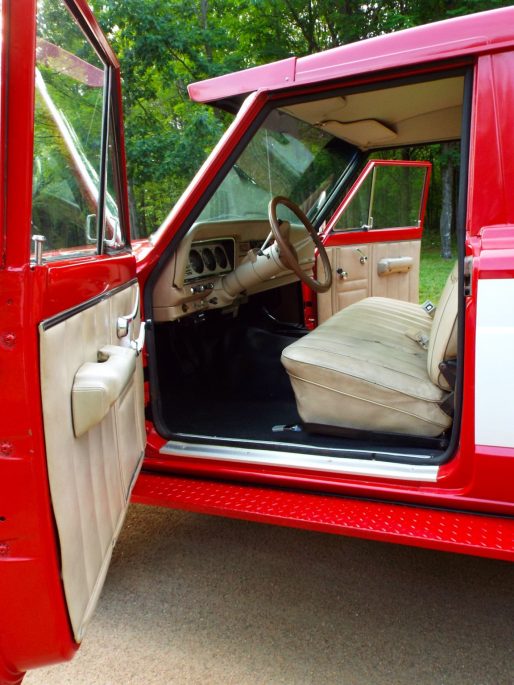 Now, I know that Brian is going to have enough lumber to keep the Eastern Seaboard stocked for winter after seeing this 1968 Kaiser M-715 dump truck. It’s big, it’s beefy, it’s utilitarian, and it’s done. And I’m pretty sure that Chad would be on board as well. The M-715 looks as brutal as a J-truck can get, the military background is icing on the cake, and for the Bearded one’s interest, he will be happy to know that a TPI 350 and 700R4 automatic have replaced whatever flour-mill six cylinder and box-‘o-rocks three-speed was in here originally. I doubt either one will be bothered about the original interior being replaced with 1980s-spec bits, either. Looks more comfortable than a flat-ass bench covered in O.D. Green duck cloth. 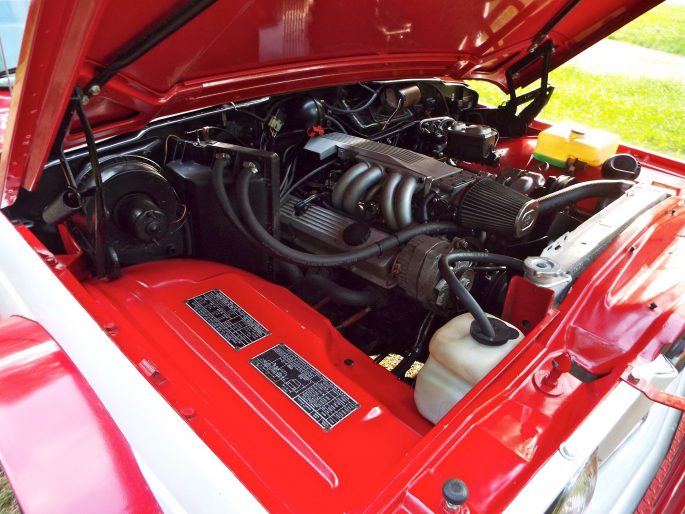 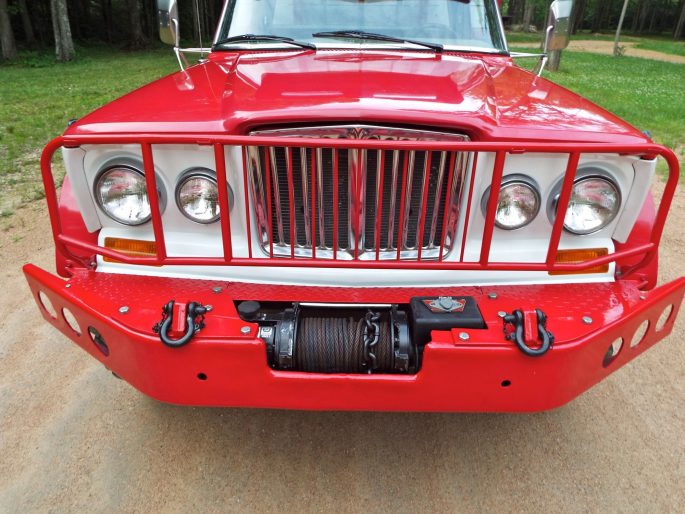 Of course, there’s the dump box that makes this Kaiser so useful. It’s nine feet long, six feet wide, 32 inches tall and it’s tilted using a 15,000 pound Heil roller-ram setup. Other fun bits include a 9,000 Warn winch up front and the storage lockers under the bed that are perfect for tools and other equipment.

Try not to drool, guys. You’ll dehydrate quicker out there! 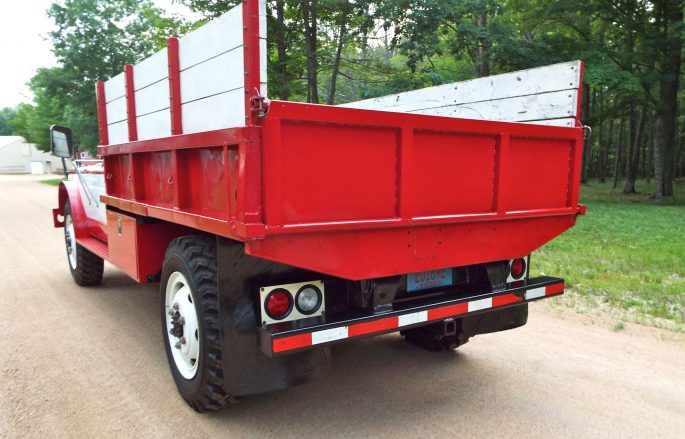 4 thoughts on “Dream Workhorse: This M-715 Dump Truck Needs To Be In Our Driveway Now!”