High On History And Maybe A Bit Of Leather Conditioner: 1982 Zimmer Golden Spirit 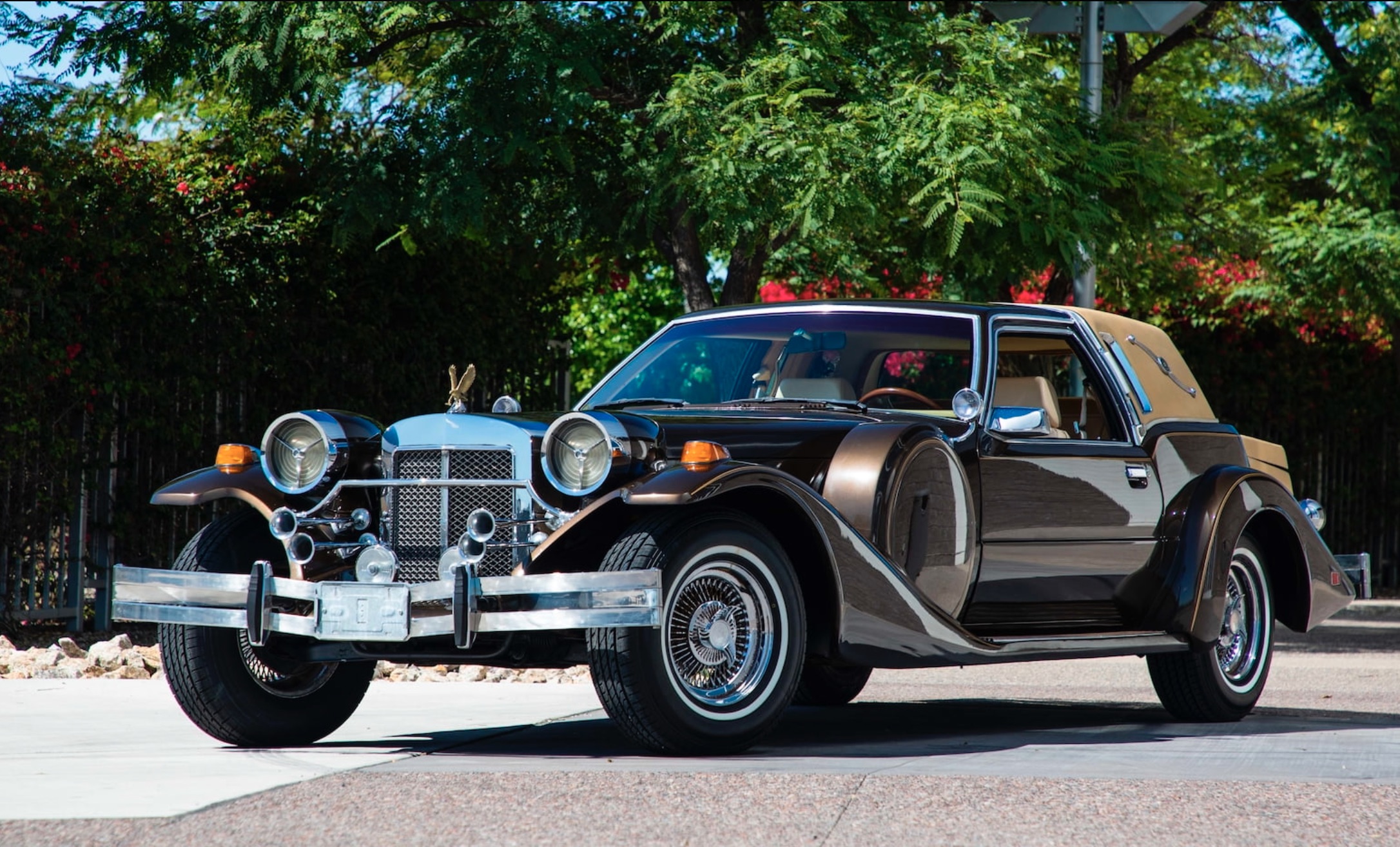 I’m known to take a jab at former Ford and Chrysler icon Lee Iacocca and his predictable, retro-leaning tastes in design. The man had a pattern of style that dated back to the Continental Mark III, and ran all the way into the 1990s with the K-based Chrysler Imperial. The waterfall grilles, the hidden headlights, the padded landau roofs…love or hate him, the man knew what he liked. He even gave the Mustang the treatment for a bit in the 1970s…remember the Ghia? No? It’s ok, we would drink that memory out of our head too…if we didn’t have one in the fleet. 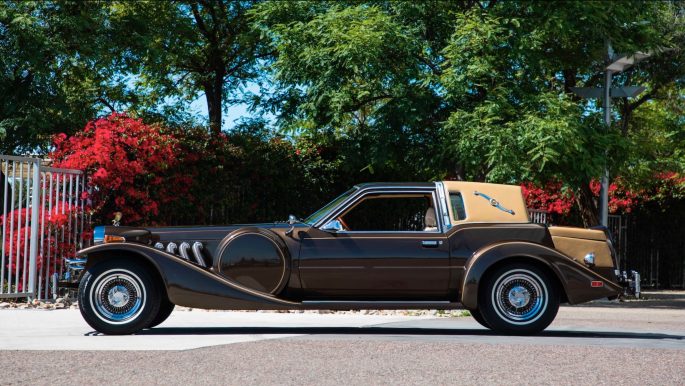 Looking to the past for inspiration in design is one thing. Look at the Dodge Challenger sold today…obviously a love letter to 1970 and selling better than ever, twelve years after it’s return to glory. Now look at this 1982 Zimmer. No, really…would you just look at it? I can hear the cringe now. The neo-classic look grasped for an era of cars long gone from production, cars like the Zimmer, the Excalibur, the Stutz Blackhawk, and the 1999 Packard Twelve concept which all reach back to the 1920s and 1930s and the glory days of the elegance, the hand-built cars with such coach builder names as LeBaron, Darrin of Paris, and Fleetwood. Yet somehow the neo-classics tended to look less like a gorgeous Mercedes SSK or a Duesenberg SJ and more like some nightmarish kit-car take on Cruella deVille’s machine. 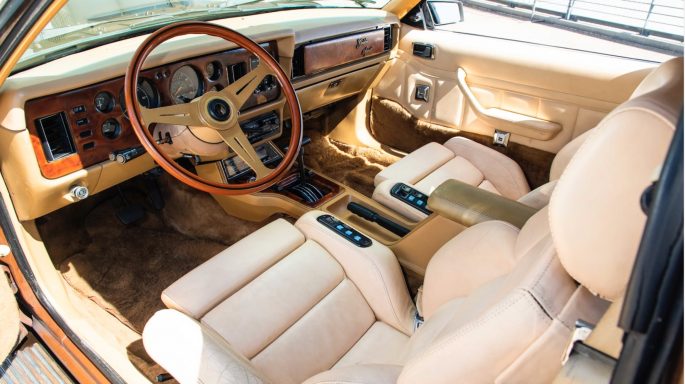 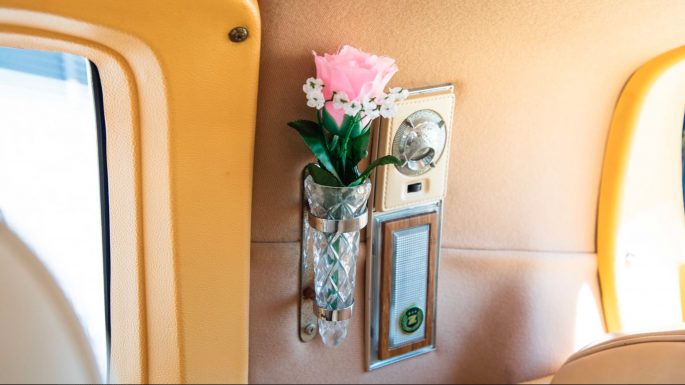 If only this Zimmer could make good on the threatening part. In truth, the Golden Spirit was based on a stretched Fox-body Mustang. You do get some things to appreciate, like the Recaro seats that look outright amazing and all of the modern conveniences of the Fox platform. You also get a slightly more fluffy riff on the 1982 Mustang dashboard, some of the most gorgeously lacquered plastic wood ever laid inset, and underhood, you get…a swift kick in the jewels, in the form of the Ford 4.2L V8. You’ll move, but that’s about the nicest thing we can say. 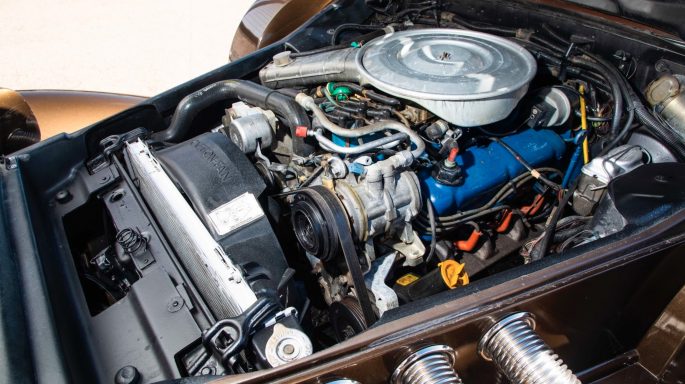 From the bustle-back trunk with the leather straps to the ribbed dryer tube exhaust pipes coming from out under the hood, the car is truly a cartoon character. But, imagine this thing with a 302 that actually meant business and some wire wheels that didn’t look straight-up dinky. Top hat, tails, and three yards, good sir, and we’ll have an automobile race. 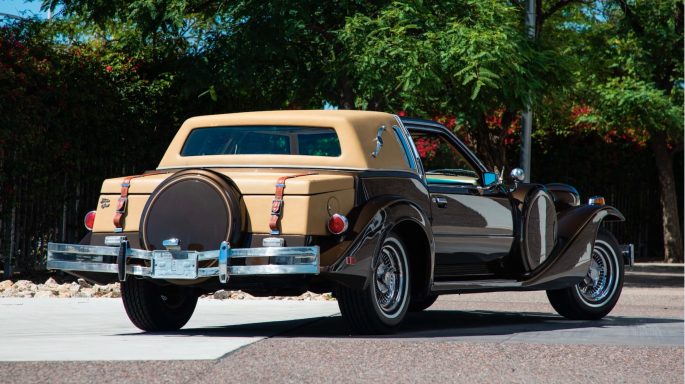 Still Crazy After All These Years: Here's How The GMC Cyclone Stacks Up To Some Modern Performance Cars and Trucks Clevite Clinic Is An Awesome 1950s Film About Bearings and Engines - It's Old But Awesomely Informative!

6 thoughts on “High On History And Maybe A Bit Of Leather Conditioner: 1982 Zimmer Golden Spirit”