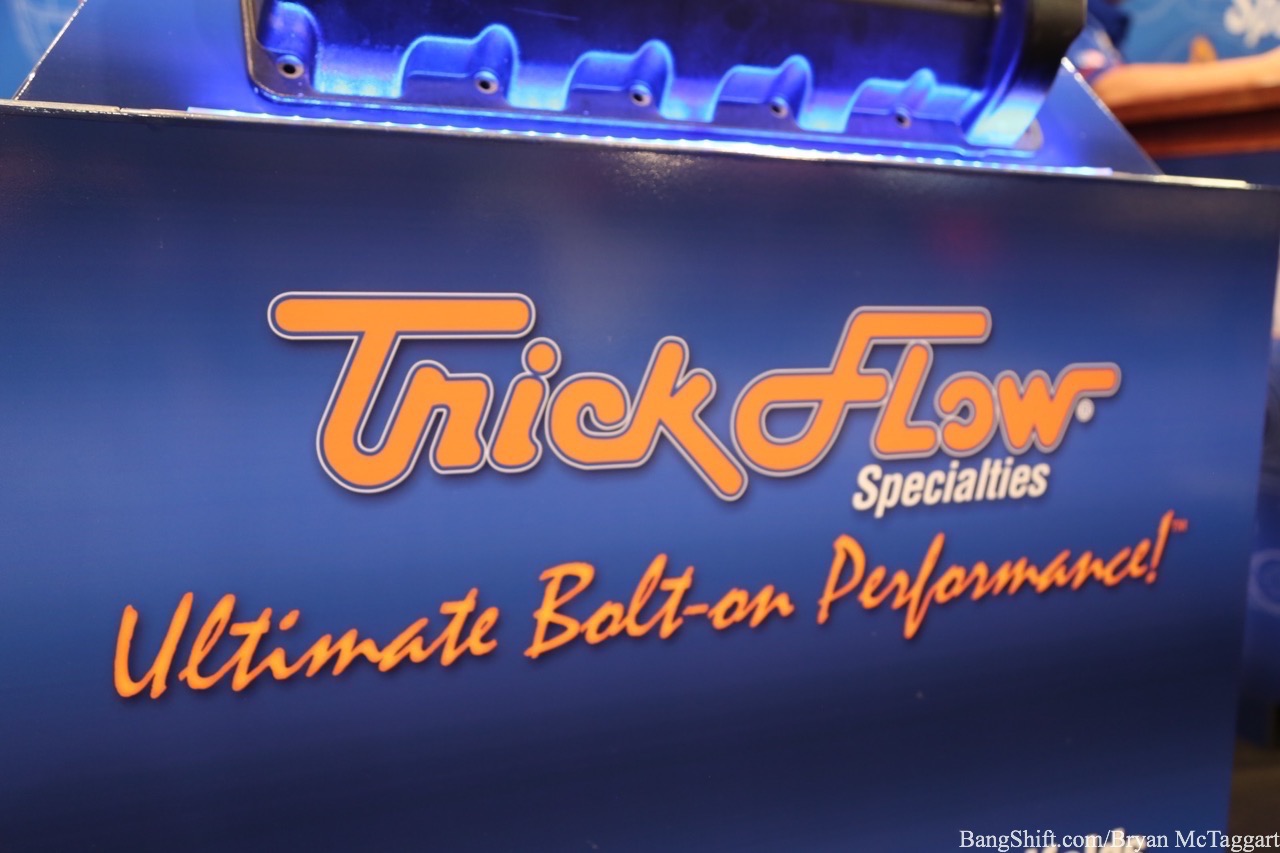 They’re known in the business for making power and each year, they bring something new to the table at SEMA. Trick Flow has been busy whipping up new goodies to make your junk move faster and breathe better, and were showing off their wares on the floor in the Convention Center for all to enjoy. Check out their newest bits below: 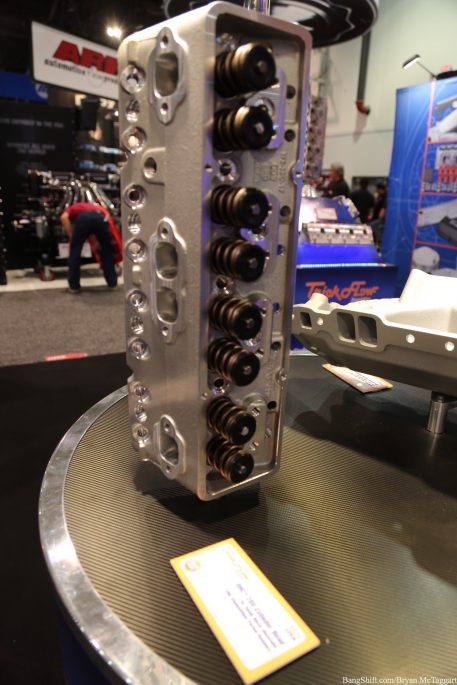 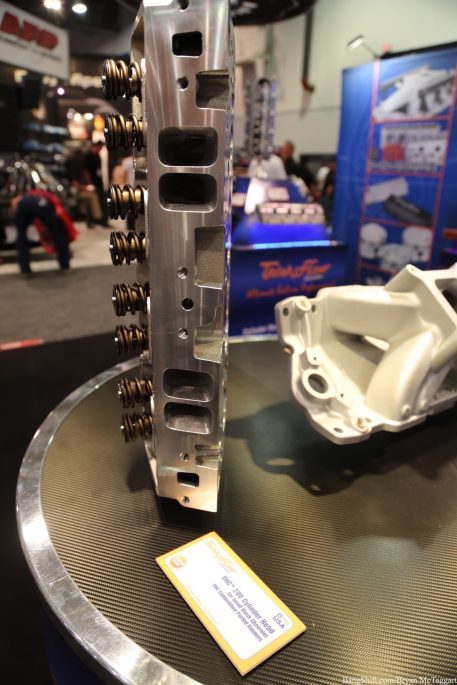 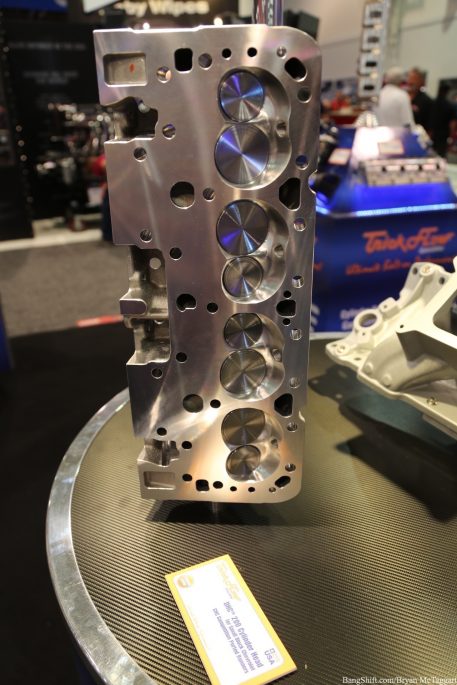 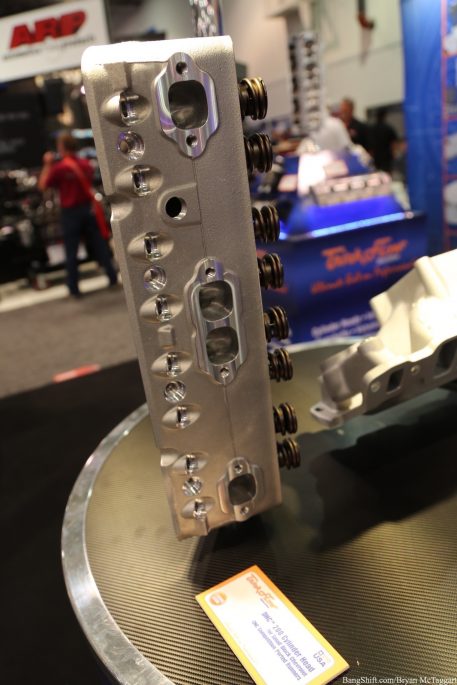 The cool thing about the DHC 200 head? It’s meant to be a sleeper trick! A CNC-worked aluminum heads are a great way to get your small-block breathing better, but maybe you want to play the mind game with some unlucky mark who would know what they are looking at underneath your hood. That’s the beauty of these new SBC units…they’re designed to look like a factory OEM piece on the outside while having the good stuff going on in the inside. Add Chevy Orange paint to your heart’s content and use the 65cc CNC-profiled combustion chambers to your advantage. Comes with the option of 1.470″ single valve springs or 1.460″ dual valve springs, and with or without accessory bolt holes…hurt feelings must be provided with your skill. 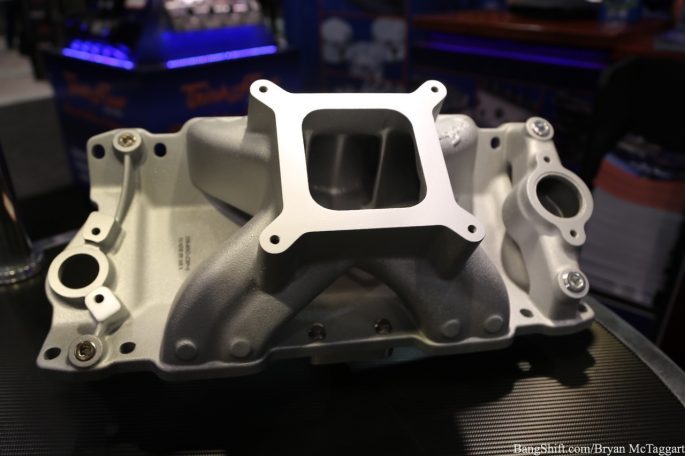 The LS engine hasn’t quite killed the small-block Chevy just yet. The R-series intake is a bad mother…for starters, Trick Flow insists that this intake is for 23-degree aftermarket heads with at least a 230cc intake runner and the ability to swing well over 7,500 RPM on the move. Made of A319 aluminum and marked with bosses that can be drilled and tapped for nitrous sprayers and ready to bolt a Holley 4150-style carb to, this intake is serious business for serious builders. 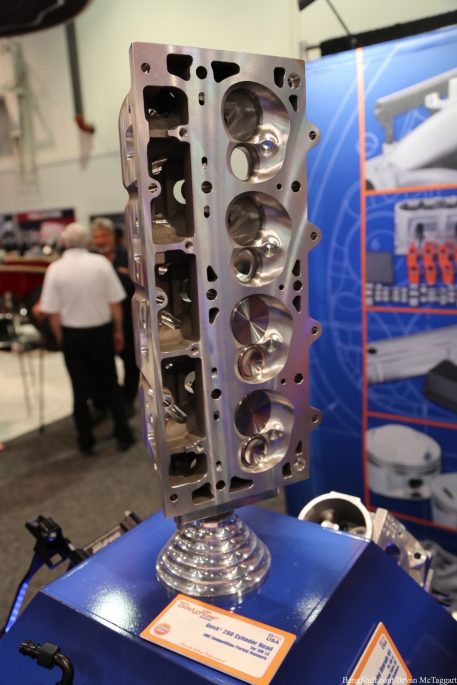 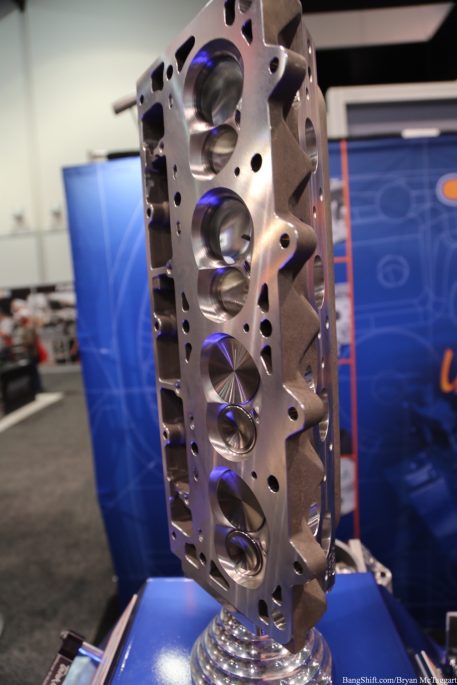 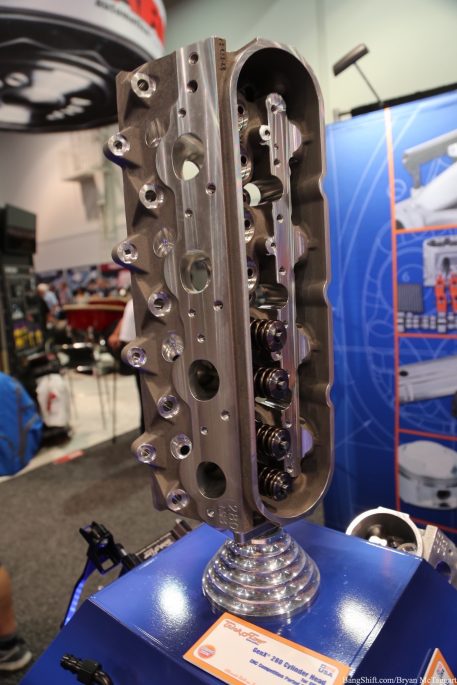 How to make an LS engine make power: add cam, valvesprings, and boost and watch a swapped Fairmont reach for the moon, right? Well, do you really think those stock heads were designed for that craziness? Trick Flow’s GenX heads for the LS3 are. They used Hot Isostatic Pressing to eliminate internal prorosity, so fatigue strength is through the roof. A six-bolt per cylinder mount pattern is standard. The valve angles were changed from 15 degrees to twelve degrees to increase piston-to-valve clearance. The coolant holes were reshaped so that the GenX can work with all head gasket and engine block combinations, and stainless steel valves will help keep air moving in and out with reduced likelihood of failure. The GenX 280 HIP head works with the GMPP LSX and other aftermarket blocks that have six bolt per cylinder mounting systems and a minimum 4.000″ bore. 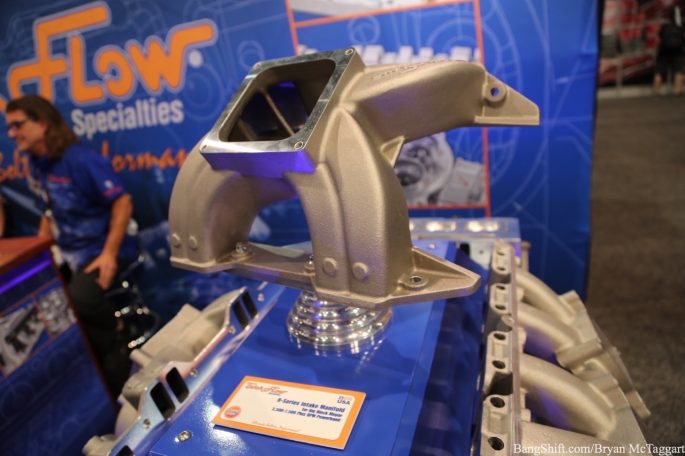 Trick Flow has been making strides with the Mopar faithful for a few years now. They started out with the PowerPort 240 and 270 cylinder heads for big-block Chryslers, but they didn’t expect demand for an intake manifold, too…they thought the market was handled. They guessed wrong, so this year the R-series intake is out. Meant for a 440-based engine build, the R-series sports 270cc intake runners and stands 6.375″ tall, and is bossed for nitrous sprayers. Designed to run in a 3,500-7,500+ RPM application, the R-series is the answer for making a big-block Mopar bellow. 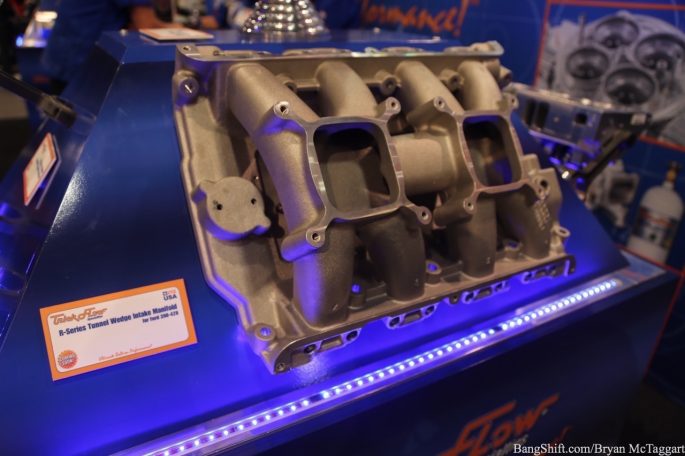 Sometimes, it’s better to just do a mild upgrade instead of a full clean-sheet design, and the R-series Tunnel Wedge intake for big-cube Fords is a perfect example of why. The Tunnel Wedge was a 2×4 unit that was a wicked upgrade piece back in the day. No need to replace what worked so well, is there? Instead, Trick Flow just applied some modern engineering to improve on the original design. The port design was improved nd the bottom plate is now sealed with an O-ring. If it ain’t broke, you don’t try to reinvent the wheel. 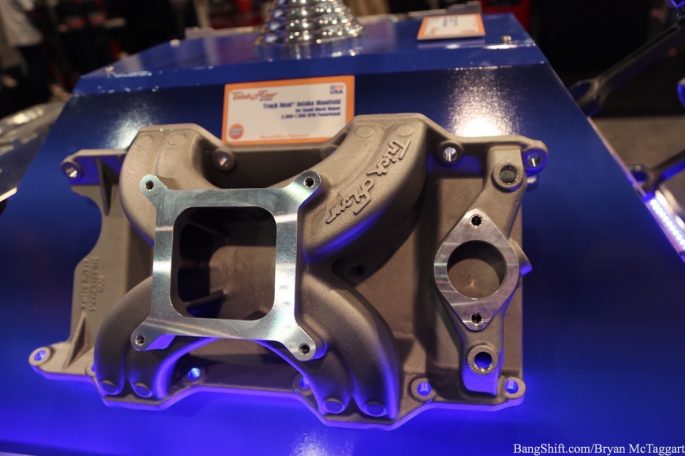 Trick Flow’s PowerPort 190 heads for small-block Chrysler engines were a much-needed boost in the arm for small-cube Mopar fans. Now, there’s an intake that will pair off with those heads beautifully. The Track Heat manifold will work on 273-360 LA engines and will pull from 3,000 to over 7,000 RPM. The plenum floor is raised and the runners are extended, high-flow design. Nitrous bosses are designed in as are extra materal for custom porting jobs, should you find that necessary. A small Chrysler that can actually breathe properly…hallelujah!

Find information for these and other performance parts by visiting Trick Flow’s website HERE!

SEMA 2019: The NASCharger - Truly Fast And Furious Now! SEMA 2019 Gallery: Paint So Fresh You Can Smell It