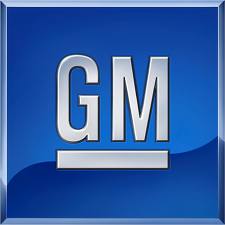 In 2009 when the fate of the entire General Motors company hung in the balance, a new entity called, “New GM” was created. New GM got all of the company’s valuable assets and resources while “Old GM” got the toxic end of the deal like real estate the company didn’t have use for, debt, etc. By freeing the “New GM” up from those burdens the company was able to live and and even thrive as we have seen lately. While that was going on, “Old GM” was slowly collapsing onto itself, selling off what assets it could in the form of old plants, land, etc, but racking up big debts in the process. On December 15, 2011, “Old GM” officially dissolved and it marked the end of the road for the 103-year old company which was once the largest manufacturing collossus the world had ever seen. Funny that the world is hung up on the demise of Saab when one of the most historic business enterprises in human history quietly padlocked the doors just days ago.

Yes, it is largely a technical thing as one would never know there was anything different about “New GM” from “Old GM” but one of the interesting things is does do is to protect “New GM” from lawsuits regarding to cars made before 2009, because that company no longer legally exists. Was that part of the “benefit” from creating the new company? We’re not sure, but it seems like it could be one of many pieces.

One interesting fact we gleaned from a story in the Detroit News was that at peak, GM employed more than 525,000 people and when the company was finally dissolved, there were effectively two full time employees. It’s hard to really compute how it all happened and with the swiftness that it did in 2007 and 2008, but they were dark days for sure. Apparently more than 400 lawyers worked a total of 70,000 hours for more than $45-million dollars through the whole bankruptcy and wind down process of “Old GM”.

With “New GM”releasing some very solid products, creating specialty projects and programs like the COPO we have been raving about, and fighting well in market segments they had previously lagged in, it seems like things are heading in the right direction in Detroit. Here’s hoping for another 103 years.