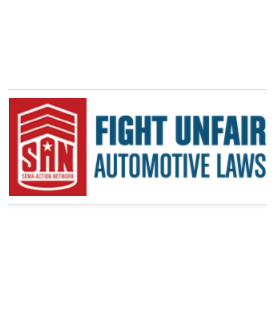 What the hell?! For some reason, states like Minnesota keep wanting to add more Ethanol to their gasoline, and yet every gas station on the planet seems to want to put less and less Ethanol in their E85! Come on people! Instead of adding another 5% Ethanol to fuel in Minnesota, why don’t you add it to your E85. This bill is detrimental to older cars, as the increase in Ethanol has a negative impact on fuel system components, the overall tune, etc. Thankfully, we can do something about this by using the links provided below by the SEMA Action Network. They are here to help us and protect our rights as hot rodders and racers, so pay attention to what it says below and if you are not a SAN member, become one. It doesn’t cost you anything and it’s worth it to know what’s really going on in your hobby.

DON’T DELAY!  Please contact the members of the Senate Agriculture and Rural Development Finance and Policy Committee immediately and request their opposition to S.F. 944:

YOU MAY USE THE FOLLOWING POINTS IN YOUR MESSAGE:

Overview: SAN-opposed legislation (S.F. 944) has been introduced in Minnesota to increase the standard biofuel blend to 15% ethanol.  Currently there is a 10% state-wide standard, and there is an exemption in place for those selling or dispensing limited quantities of nonoxygenated gas for collector vehicles.  This legislation would create a similar exemption for vehicles not approved to use more than 10% biofuel, which includes all model year 2000 and older vehicles. There is also an exemption for retailers who sell less than 300,000 gallons of gasoline/biofuel per year.   Similar bills were introduced in the state last year and failed to pass their respective committees.  The bill awaits consideration in the Senate Agriculture and Rural Development Finance and Policy Committee.

New Cast Aluminum Bellhousings For All Chevrolet Engines, Straight From Lakewood Ian Johnson's Willys Wagon Is Going To Be One Awesome Ride. Check Out The Progress Right Here.

3 thoughts on “Oppose This Bill! Minnesota Reintroduces Bill To Increase Ethanol In Gasoline. Speak Out Here!”