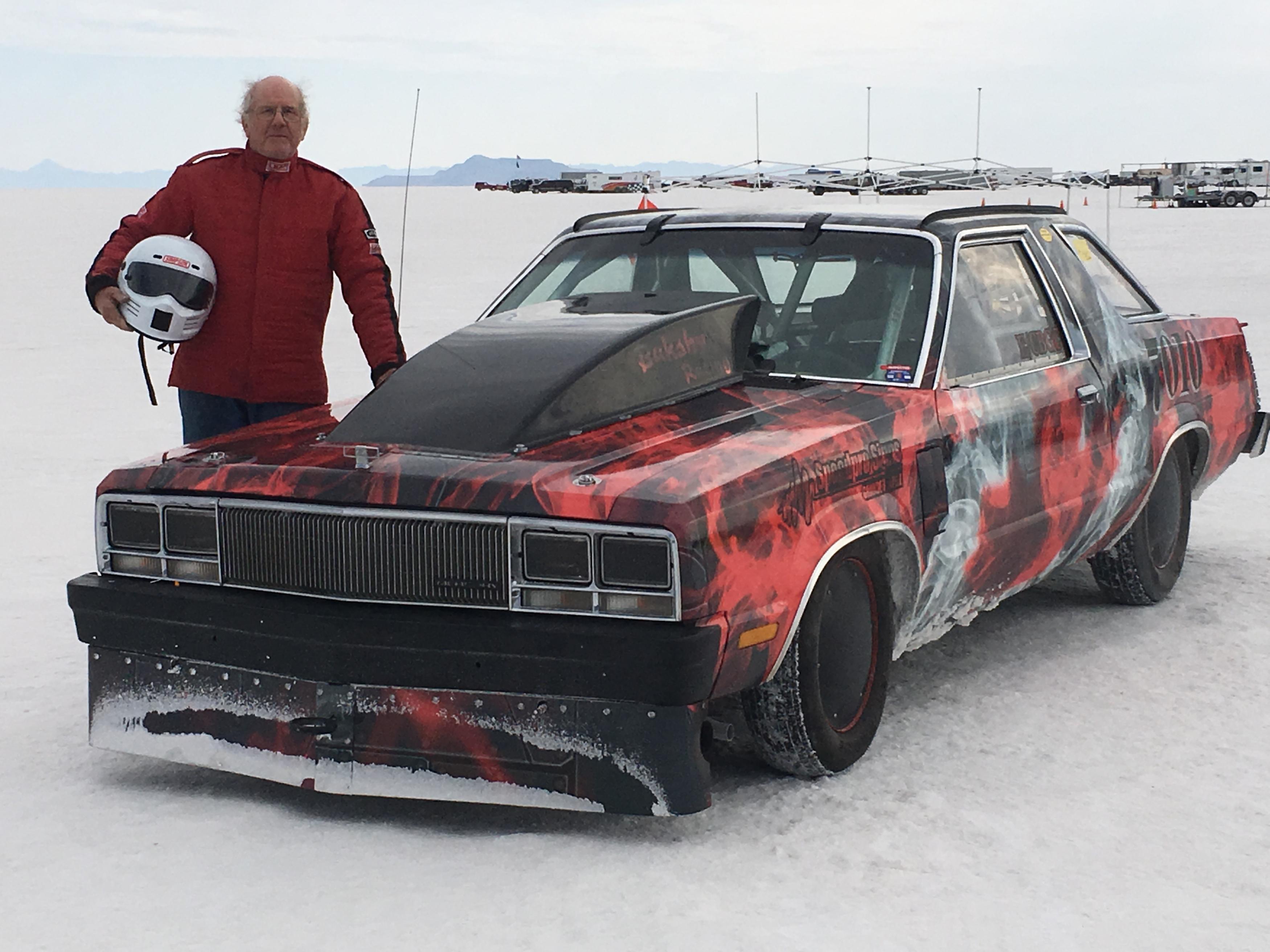 When we first saw the 1979 Mercury Zephyr Z-7 that forum member “bukshysteve” said he was planning on taking to Bonneville to run a record in, he was at the early stages of the build…as in, the car was upside-down on a rotisserie, stripped and being prepared for sandblasting. Since then he’s been cranking on the progress and this year, the Mercury got it’s chance to make a pass down the salt. From his own words:

“Some of you have followed my posts on Project cars about my 79 Zephyr but I thought I would give a brief run down on the Salt Flats Race. We took an untested car to the salt. I had driven it down my driveway so I knew it had first gear, reverse and the clutch worked. First pass I needed a run between 125 and 150 MPH. I tried for 7000 rpm in 4th gear and got my rookie pass over and a D licence going 138.253 MPH. The next pass I had shifter problems and aborted the run. I wanted to get my C licence (150 to 175 MPH) so I went back to the 2 mile rookie course and on that run a boost tube came off and I coasted to a 139.643 MPH. Had a minor problem with the shifter on the next pass and aborted that run. Fixed the shifter and tried the 2 mile again but I was spinning the rear tires like crazy and managed a 144.235 MPH run. I decided to try the 3 mile course as I could be a little less rushed to get up to speed. After almost 4 hr wait I qualified with a 157.156 MPH on a 152.351 record and went to impound. The back up run was a disaster as the tranny was acting up as it popped out of second gear and then third and then I couldn’t get 4th at all. In 5th gear at 3000 RPM I was going about 80 MPH and slowly picked up speed my speed for mile 2 was only 120.27 MPH and I knew I had to really put my foot down if there was any hope. Once I was in boost it pulled hard and I crossed the end of the third mile with a wheel speed of about 175 MPH and a trap speed of 155.582 MPH for an official record of 156.369 MPH.”

Since then he’s been busy chiseling the salt out of every last possible location it could have wound up inside of the car, like anyone else who has driven on the Flats. We can’t wait to hear more about the Zephyr’s speed runs, especially after the issues are sorted out! 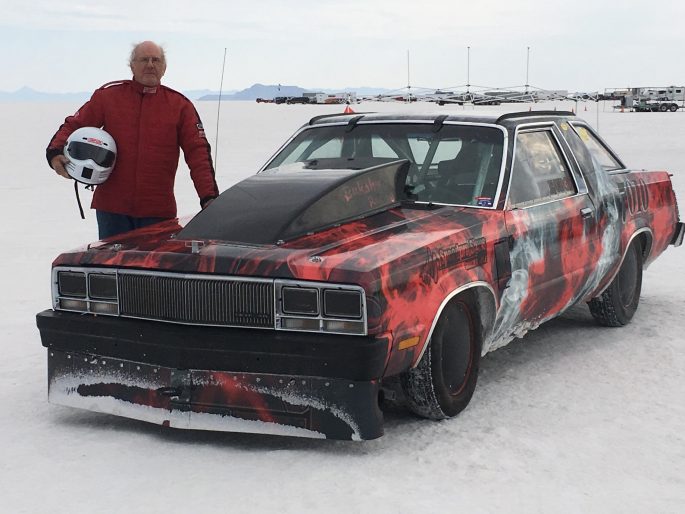 Watch The Final Rounds From The 1987 NHRA US Nationals - Thrashing, History, and More We Want To Be Driving This Around For Labor Day On The River...Big Block, Tunnel Ram, Metal Flake, And A Jet!