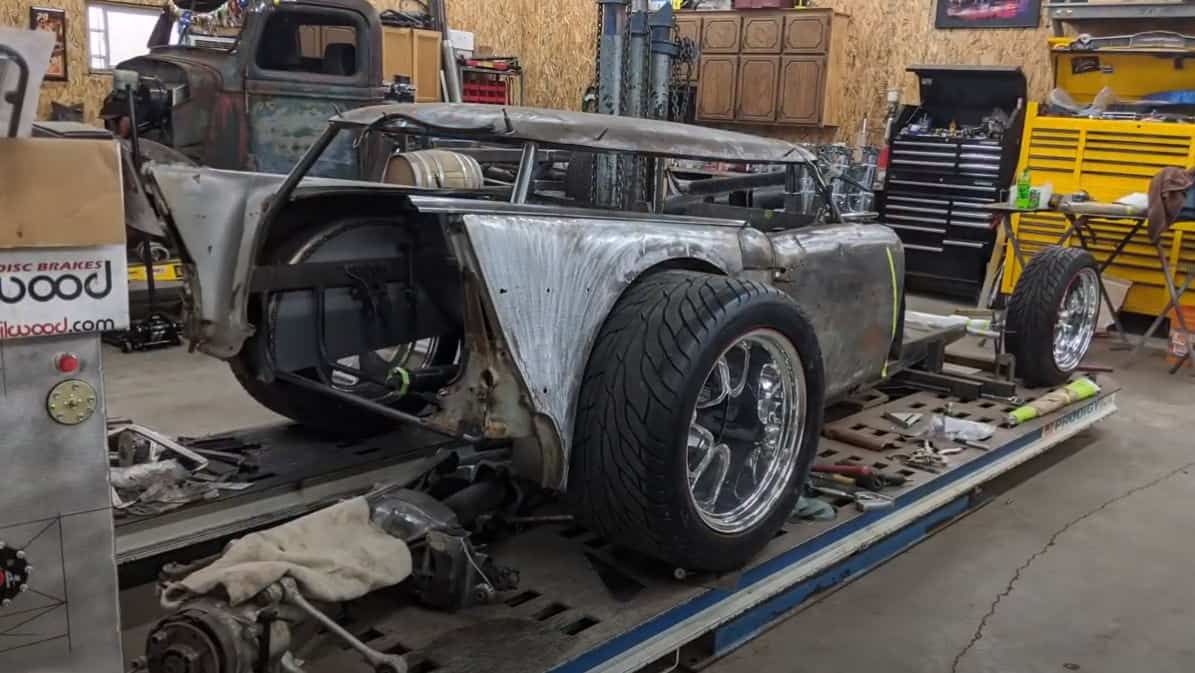 A few years ago, we first showed you a car known as the “Hulk Camino”. The best way to describe the creation was to picture a radical Hot Wheels take on a 1959 Chevrolet El Camino, with the top of the blower case standing taller than the roofline and the tip-to-tail distance radically shrunken down compared to what the original vehicle would have been. “Polarizing” is the right word…when the Hulk Camino appeared at SEMA last year, it’s presence on the floor created traffic jams that could only be quickly bypassed by crowd-surfing on top of those who were studying every possible angle of the car that ITW (“In The Weeds”) Hot Rods put together.

Round two is currently in-process as a follow-up. Called “Rough Cut”, what started life as a 1957 Chevy is undergoing a similar treatment of radical modification. Every panel is altered. The roof, which appears to be somewhat Nomad-inspired so far, is a Pontiac Safari unit that’s been chopped up into teeny, tiny bits and melded back together into the desired shape. A 454 Chevy will be the powerplant, the chassis is hand-fabricated, and if this ever shows up at the Tri-Five Nats somebody better make sure that the EMTs are around for the purists that are liable to have a heart attack once they see it. Here’s a first look at the in-progress build!

(Thanks to Jon Bunger for the tip!)

Watch This Mighty 1971 McLaren M8F Destroy The Quick Time Of The Day At Goodwood A Couple Years Back QuarantinePiece Theater: Watch The 1976 NHRA World Finals At Ontario Motor Speedway

One thought on “In-Progress: The “Rough Cut” 1957 Chevrolet Being Built By ITW Hot Rods”