Rescue Update: The “Wild Cherry” Chevy Van Has Come A Long Way In Half A Year! 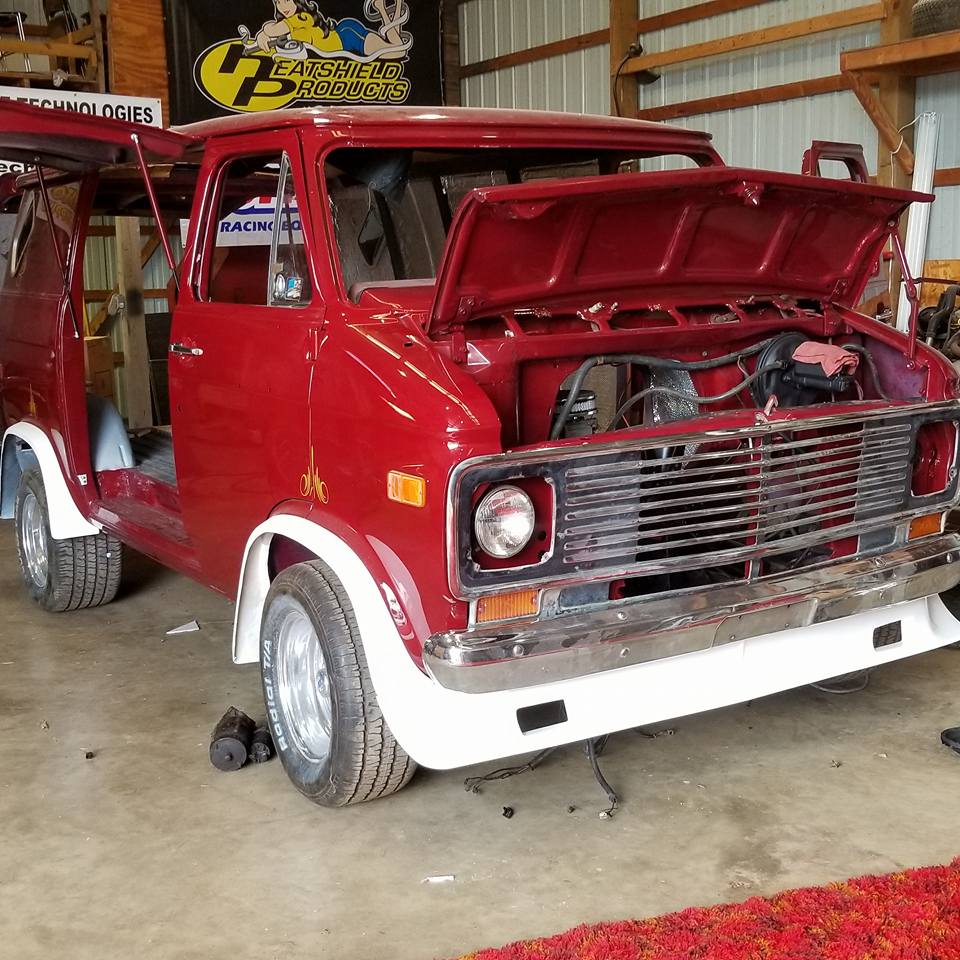 Right at the tail end of 2017 we learned about a 1975 Chevrolet G10 van known as “Wild Cherry” that had lived one hell of a life. A true 1970s custom build, the Chevy had been built by Nick Massalas around 1977 and had seen screen time in the 1979 movie “Van Nuys Blvd.” But by 1980, the reaso for the van’s existence, cruising Van Nuys Boulevard in the San Fernando Valley, had finally caught the attention of the cops, who had started coming down hard on cruisers. So the van was traded off in 1980 for a ’57 Chevrolet and $2,500, and off it went into the unknown…until 2016, when Chris Carter saw a Facebook post composed of a screenshot from “Van Nuys Blvd.” and the van sitting on a barren hilltop in the desert, a tree resting on the roof, the candyapple red nearly roasted off after the van had somehow dodged the worst of a fire. 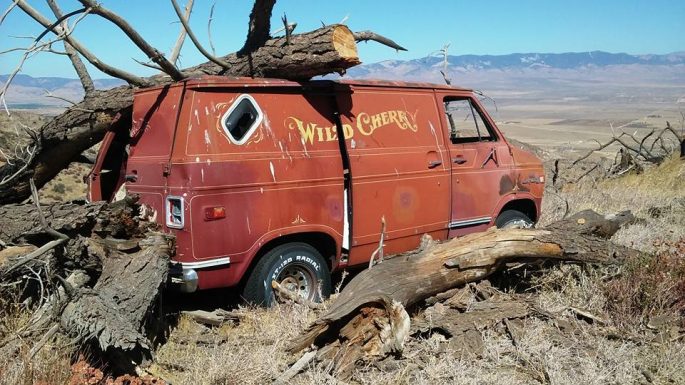 Carter jumped through hoops, made the connections and drug the van home and from that moment forward has been busting his ass getting the Chevy back up to par. It’s been quite an undertaking, with a 1976 van donating a lot of sheetmetal to replaced destroyed parts, and fans who are following the progress on the van’s Facebook page even kicking in some help, either through merch sales or parts donations (the porthole windows, windshield and sunroof have all been donated.) 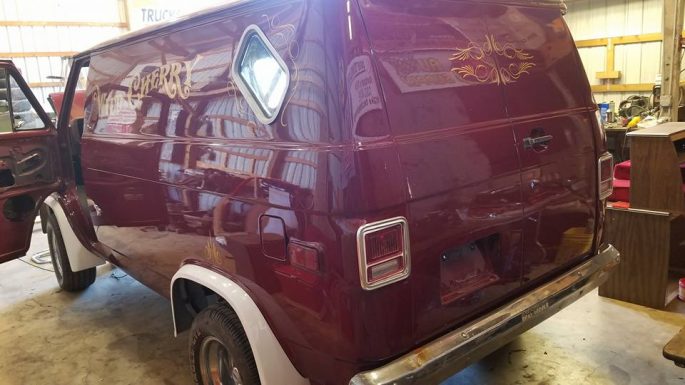 To say that restoring the Wild Cherry van has been an undertaking is underrating the work so badly that it’s almost hilarious. There’s reviving a vehicle and then there’s this. Carter has put what can honestly be called an obscene amount of work into getting this Chevy ready for some outings, including the “Wild Cherry Van Run” that is projected to happen this September. Meanwhile, the engine still needs to be buttoned up, the shag (er, frieze) carpeting and the rest of the interior still needs to go in and the testing and shakedowns need to happen. But considering where the Chevy was at the beginning of the year…wow. 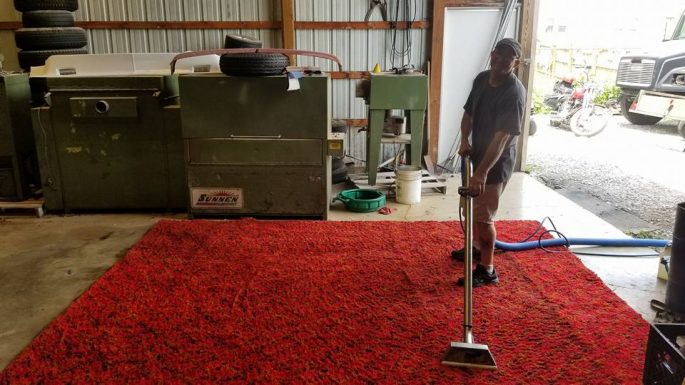 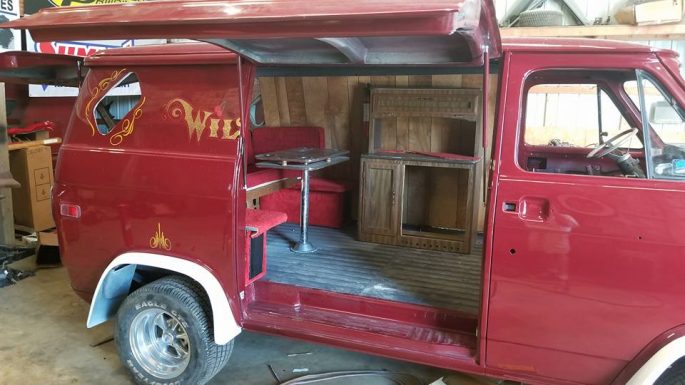 Amazing Save Video: Watch the Driver of a Wild Toyota Starlet Make the Save of a Lifetime! Right-Sized: This 1978 Chevrolet Monza Hatchback Is One Of The Nicest We've Seen In A Bit!

2 thoughts on “Rescue Update: The “Wild Cherry” Chevy Van Has Come A Long Way In Half A Year!”