The Escargot: Taking A Big, Yellow Truck And Making It A Dream Car Hauler-Slash-RV 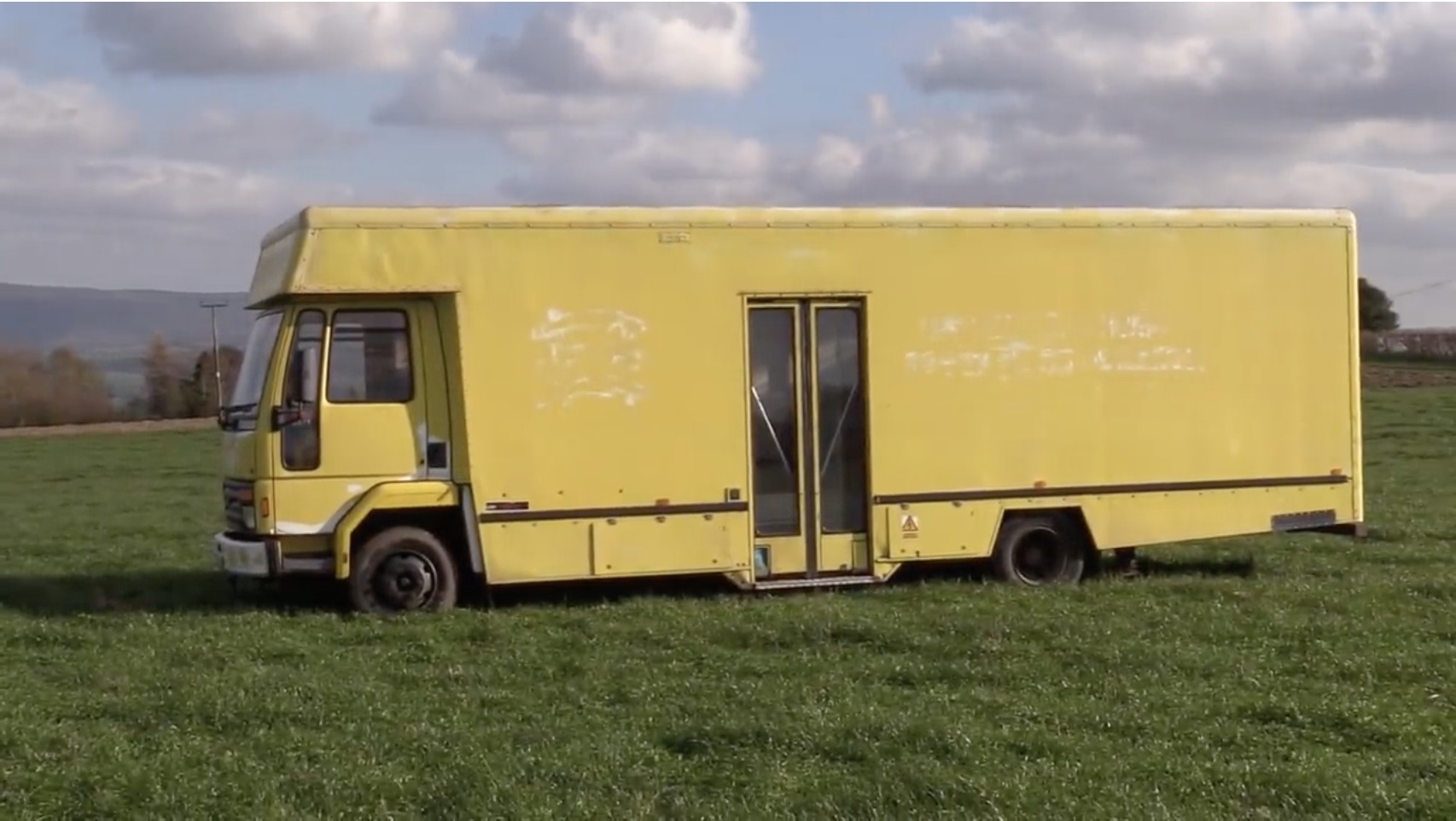 Between Chad’s obsession with strange and unique recreational vehicles and my desire for a “mobile command unit” that would function as a mobile hot spot, camera perch and bed on wheels, it’s a miracle that we haven’t pooled our money together to make one happen. Actually, it’s no miracle…I’m broke and he’s building something much cooler, though much less mobile. The idea is sound, though…find a truck that can do it all and use it properly to make work and life just a little bit easier. Not a bad proposition, is it? I don’t think so…but looking at my vehicular past, my judgement is suspect from the start.

The men behind the “Project Binky” Mini have a new bit of kit on their hands, in the shape of a Ford Cargo. If you have never seen one of these, don’t feel bad…they were sold in North America, but you’re much more likely to see one anywhere else in the world, where they are plentiful. Normally, you’re likely to see a Cargo as a medium-duty flatbed truck or as a box truck. This is a 7.5-ton library bus that had been converted to haul a narrow drag racing car around the U.K. The goal is to make a part-RV, part car hauler setup so that Binky and other projects can be shoved into the back and hauled around. In the way of that goal is a bunch of extra weight that needs to go, a Dover engine that weighs a mint, and more rusty old nuts than you’d find in a nursing home.

Maybe a nice, used RV isn’t so bad after all.

How Bad Do You Need It: Meet The $15,000 Boss 429 Air Cleaner Mid-West Pro Mods Will Have A Sixteen-Car Pro Mod Shootout At The

2 thoughts on “The Escargot: Taking A Big, Yellow Truck And Making It A Dream Car Hauler-Slash-RV”