The Make It Kustom Mini 1956 Buick Project: It Runs! Plus Fabricating A Bunch Of Stuff To Hold The Body Down! 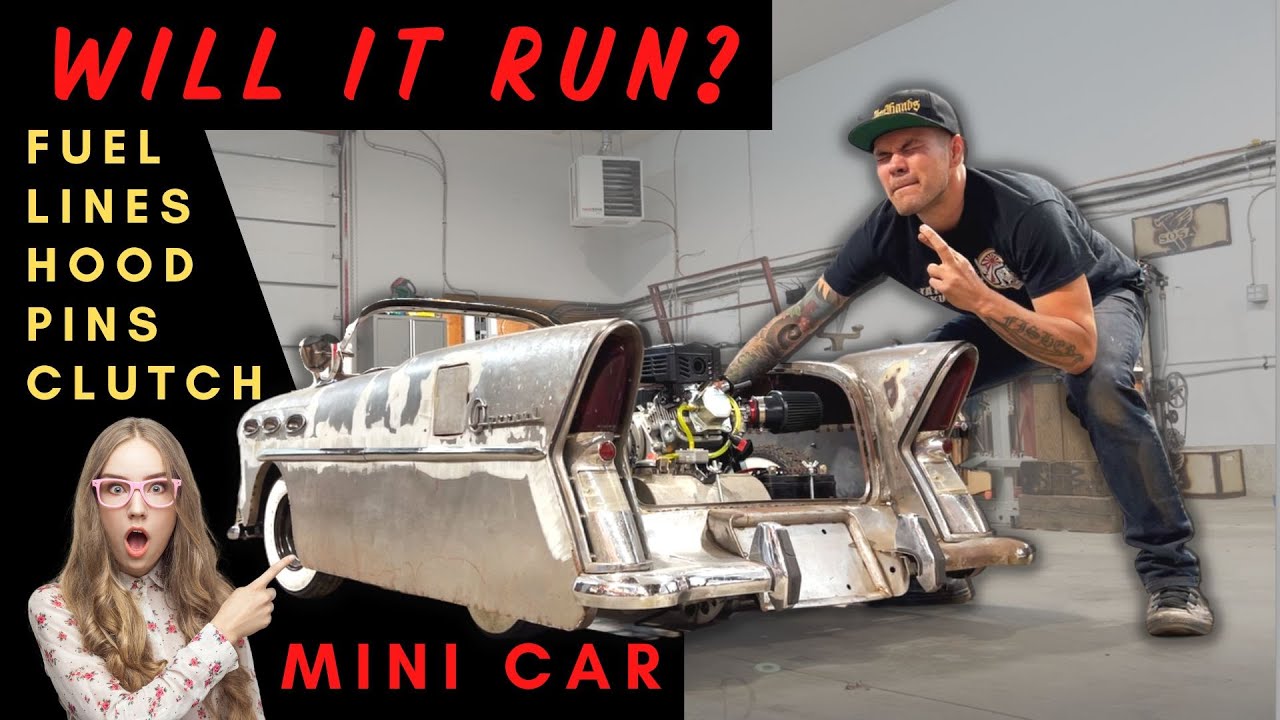 It runs and it drives! After getting a bunch of folks saying it wouldn’t run with the fuel system he fabbed up, Karl gets the engine, fuel system, and drive all together to make sure it will work. Then takes it for a test drive! And quickly realizes that a body latching system is required before the shenanigans get more serious.

If you missed any of the Mini Buick build, click the link below. In this episode of the build, Karl is building some cool new stuff after getting it sitting on white walls, building a chassis, building structure for the body, and ultimately making it flip up like a funny car.

Karl Fisher at Make It Kustom has been answering lots of questions about a little miniature car that has been sitting in the background for the past few weeks and finally decided to share with us all what is going on with this cool little ride. The back story is that a friend of his started building this thing from a car that was so rusted out as to only have some little, but iconic, areas of the sheet metal that could be saved. Rather than throwing them away, he figures that with some new sheet metal and a little creativity he could build a miniature car from them that would be rad and that people would dig, and he was right!

Unfortunately, he passed away before he could finish it, and Karl was given all the parts and pieces by the family as they knew he would be the guy to make this thing a reality. The body is done, the details are damn cool, but it has no chassis or drivetrain really. In this video, Karl is going to start making it a runner and driver by fixing some of that and you are going to dig where he’s going with it!

On this Episode of Make it Kustom, I fire up the “Baby Buick” for the first time EVER! I also take care of latching the hinging body to the chassis using hot rod hood pins.

Steve Morris Says This Is The Baddest LS Engine Ever ! Pt 1 The Pratt & Whitney J58 - Tour The Engine Behind The SR-71 Blackbird With A Guy That Worked On Them For 20 Years