Uncovering Original Paint With Oven Cleaner! This 1934 Ford 5 Window Gets Even Cooler! 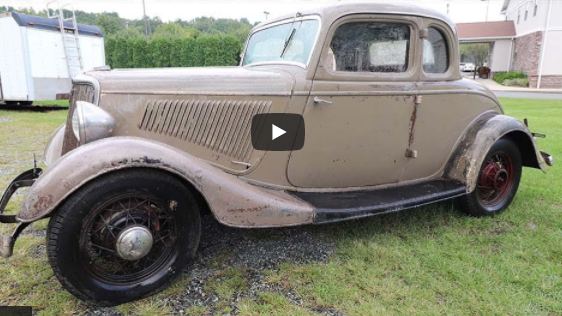 I’m a fan of original paint and patina, but I hate the fake stuff. Sometimes the patina on a ride doesn’t look great because of a horrible repaint that makes the car look worse than it probably does underneath as well, and that’s what Matt was facing on his 1934 Ford 5 Window. It had received a brush on paint job that was doing it no favors, but he thought that there was original paint still hiding under it. After doing some testing, he got it figured out and is going to use oven cleaner to get down to the original paint and hopefully make this thing look a jillion times better than before.

Check out the video description below:

In the last video on the 1934 Ford 5 Window we briefly showed some of the original paint that we had started to uncover. Well after 40ish hours, Matt stripped 99% of tan paint that was brushed on back in the 1950s. Matt walks us through some tips and tricks to using Oven Cleaner to remove unwanted paint. While the paint is worn through in spots, we think it looks way nicer. Let us know down below what you think!!

Short Wheelbase, Long Crash: Check Out This Mini-Mod Getting Piled Up In Germany Finnegan And Newbern Try Not To Kill The Barn Find Pro Street Firebird Before Rocky Mountain Race Week 2.0

7 thoughts on “Uncovering Original Paint With Oven Cleaner! This 1934 Ford 5 Window Gets Even Cooler!”