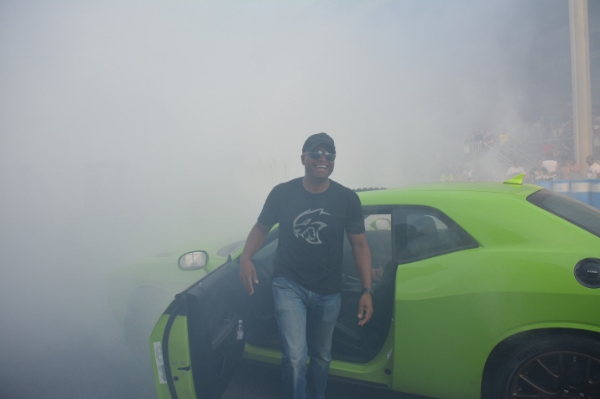 You can say what you will about Chrysler, FCA and the very shaky road that they have traveled to date, but if there is one name that does command respect from all of the tradeoffs, buyouts, near-death and resurrection it’s Ralph Gilles. He’s been associated with the better hits of Chrysler and FCA ever since his design for the 2005 Chrysler 300C dropped jaws. The former president and CEO of SRT Division and CEO of Dodge, Gilles is now the Head of Design and is a member of FCA’s Group Executive Council, the top of the managerial decision-making ladder. Gilles is not in charge of just USDM designs, either….he’s in charge of design, worldwide, period.

For us, this is a great sign. Gilles has had his hands in some of the better stuff to come out of Chrysler/FCA in the last decade. In addition to the LX cars and the Challenger, he was behind the redesign of the Viper, the emergency refresh that turned the absolutely pitiful Sebring into the much more tolerable 200, and of course that magical supercharged Hemi that nobody has been able to stop talking about. When interviewed, he comes across as down-to-Earth and is quick to distribute praise to the teams that work underneath him, and he’s very well known as a gear head, with his exploits with early Hellcats gaining notoriety on the Internet. Hopefully he continues the momentum that has propelled him to this position.

The Aussie Bridge Drifters And The Panic That Follows: A Look Into The Anti-Hoon Culture Creepy Car For Sale: 1955 Chevy Bel Air Wagon With Lee Harvey Oswald Ties - Buy It? Crush It? Run Away?